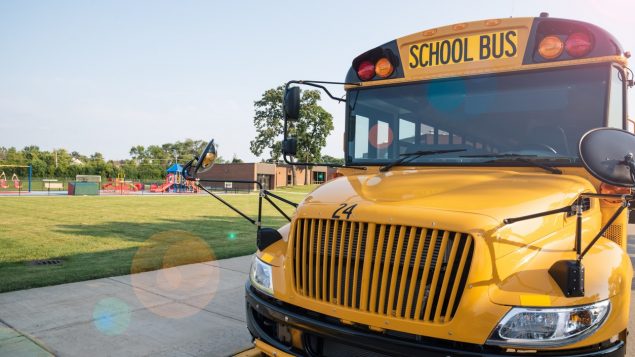 The governments of Canada and British Columbia have partnered up to launch a pilot project to use seatbelts in school buses in two school districts in B.C. (iStock/DavidPrahl)

The governments of Canada and British Columbia have partnered up to launch a pilot project to use seatbelts in school buses in two school districts in B.C., according to an announcement from Canada’s Minister of Transport Marc Garneau and B.C.’s Minister of Education Rob Fleming.

The pilot project will see the use of three-point seatbelts that follow federal safety standards in a number of new school buses. The first phase of the project will begin immediately in the Fraser-Cascade school district, and the second phase is expected to start in January 2021 in the Nanaimo-Ladysmith school district.

“We’re pleased to partner in a student safety pilot project that will provide new school buses equipped with seat belts and other safety features to Nanaimo-Ladysmith and Fraser-Cascade school districts,” Rob Fleming, British Columbia’s minister of education, said in a statement on Thursday. “I look forward to the additional safety knowledge that will be gained from this pilot program.”

.@Transport_GC, along with @TranBC and @bcedplan have started a pilot project for #schoolbus #seatbelts in the Fraser-Cascade district and will start one next year in Nanaimo-Ladysmith https://t.co/w16TQda9KC

According to the press release, Canadian children travel to and from school on 51,670 school buses each day.

“School buses are the safest way to transport children to and from school, but we are always looking at ways to make them even safer,” Garneau, said. “This pilot is an important step in this direction.”

The need for a pilot project comes based on a report from the Task Force on School and Bus Safety, a group established in January 2019 by the federal, provincial, and territorial Council of Ministers Responsible for Transportation and Highway Safety.

The special task force was given a mandate to take a look at school bus safety, both indoor and outdoor, with an emphasis on seat belts.

In February 2020, the task force released their report of Strengthening School Bus Safety in Canada, which found that three point seatbelts can provide an additional level of safety on school buses in certain unlikely but severe collisions. However they also concluded that it would be advisable to work through operational considerations with seatbelt use such as consequences of misuse, emergency evacuations and liability.

The Fraser-Cascade pilot project, which is the first of its kind in Canada, will help gather information to confirm the task forces guidelines on the use of seatbelts in school buses.