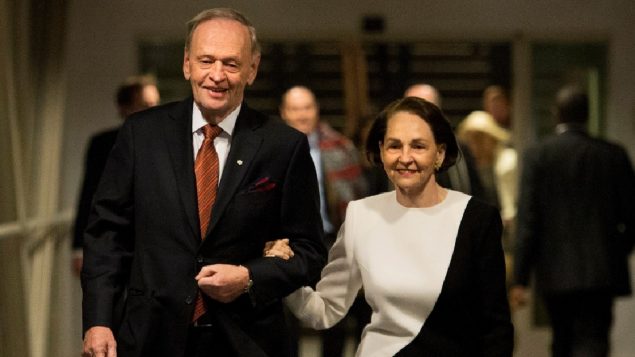 Former prime minister Jean Chretien, left, and his wife Aline Chretien walk into a the room during his 80th birthday and marking 50 years in public service in Toronto on Tuesday, Jan. 21, 2014. She was known to have an important influence on many decisions during his political life (The Canadian Press/Nathan Denette

Aline Chretien, (nee Chaîné) died peacefully on Saturday at age 84 at her residence in Shawinigan Quebec.  Although never in the political limelight, she played a critical role in the political life of her husband and in many of his political decisions.

Former Prime Minister Jean Chretien had often referred to his wife as his key advisor, once stating that Canada was run by women, with women in key positions:  the Queen (as official head of state), the Governor-General,  the Chief Justice and his wife influencing him behind the scenes.

He also referred to her as his “rock of Gibraltar”. In an interview in 1996, Chretien as Prime Minister said not to think of her as the power behind the throne but that she shared the seat of power.

In 2000, renowned columnist Allan Fotheringham once labelled the couple as the two most powerful politicians in Canada. 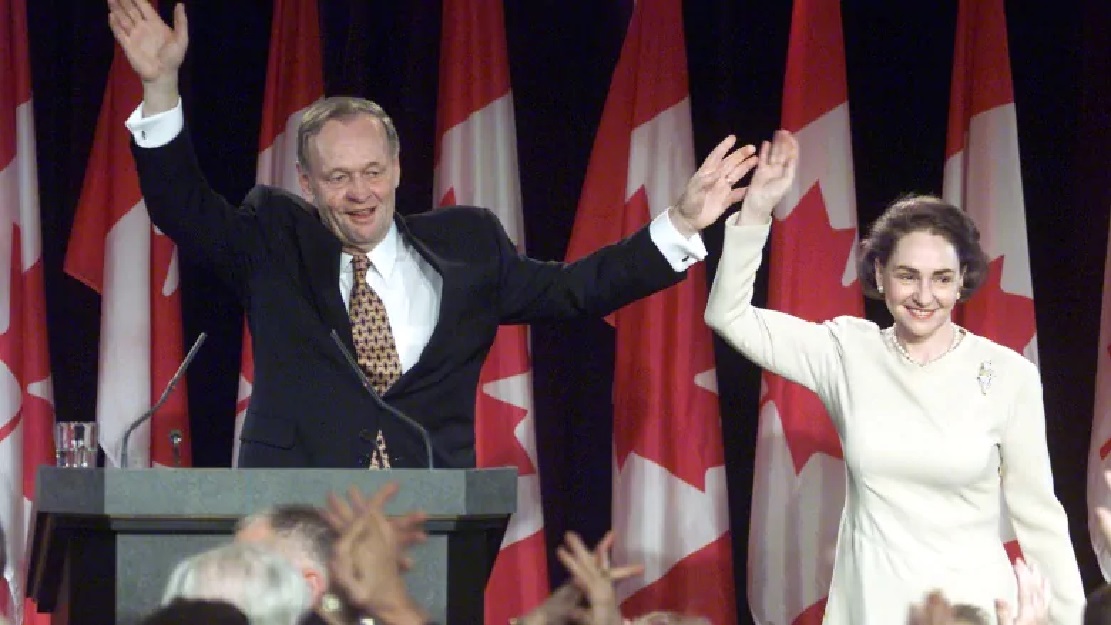 On another occasion when a reporter asked about a date for the next election, Chretien replied he wasn’t sure as he hadn’t asked Aline yet.

A law graduate, Jean Chretien was first elected in 1963 and after a long and distinguished career was elected as Prime Minister serving from 1993 to 2003.

His wife, also from humble origins, as was her husband, seemed to know instinctively the importance of her role once her husband became a Member of Parliament,  As she knew she would be at important national and international events and taught herself  English, Italian and Spanish in addition to her native French.  She then also became involved with a number of charitable organisations at took up the piano studying with the Royal Conservatory of Music.

Later she would be named as the first Chancellor of Laurentian University, a bilingual institution in Sudbury, Ontario.

Although her preference was not to be in the spotlight and kept her family life with their three children private, she nonetheless gained international headlines when an intruder with a small knife broke into their official residence one night. Aline heard him while her husband slept, encountered and spoke to him briefly in the hallway, then slammed the bedroom door, waking her husband who armed himself with an Inuit soapstone carving. RCMP guards quickly took the man away although the incident raised serious security questions afterward.

In spite of her status, she was always close to her roots and as Jean Chretien’s former communications director stated to CTV–always kept her husband “grounded”.

Like her husband who billed himself as “the little guy from Shawinigan,”she referred to herself as “Madame Tout-le-monde” or Mrs. Everybody, an ordinary person.

Tributes are pouring in from former and present politicians and friends, but because of COVID-19 restrictions, only a private ceremony is being planned for her funeral. A public ceremony of remembrance may be organised at a later date.