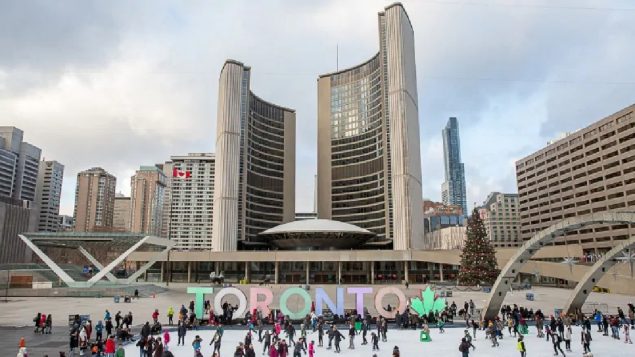 A bold design for staid conservative Toronto in the 19550's, Toronto's striking city hall opened on this day in 1965 and has withstood the test of time remarkably well. I It has become a landmark and the site of huge celebrations, events and protest. In winter the large reflective pool is frozen over for skaters (David Donnelly-CBC)

Architecture should be functional but also aesthetically pleasing in a style that survives time and taste. That is clearly the case for the ‘new’ city hall in Toronto, Canada’s largest city and capital of the province of Ontario.

On yesterday’s date  on September 13, 1965, the structure and public square that would become a landmark and focal point for the city was officially opened.

The new civic building was to replace the ‘old’ city hall which had served since 1899 and upon completion was the largest building in the city and indeed the largest municipal building in North America. 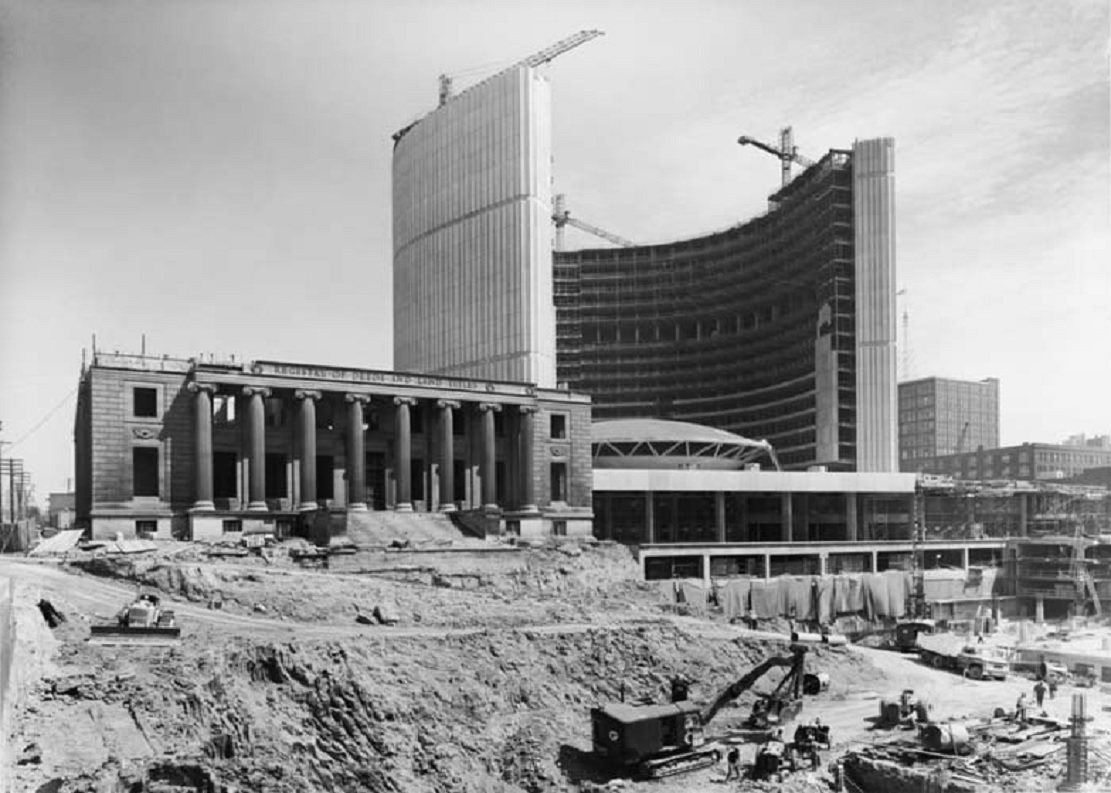 Still, a new building was needed and discussions had begun as far back as the Second World War.

The idea for a new city hall was initially rejected by Torontonians in a 1947 plebiscite, but the idea resurfaced through a citizen panel in 1952. Two years later the city asked Toronto’s three major architectural firms to submit a proposal.

The eventual proposal was widely panned first by University of Toronto architectural students who, in a 1955 article in the university paper, The Varsity called in a “funeral home of vast dimensions” and asking, “Why have we been presented with this monstrous monument to backwardness? Should the Toronto City Hall become another member of the insipid collection of Insurance buildings on Bloor Str?” 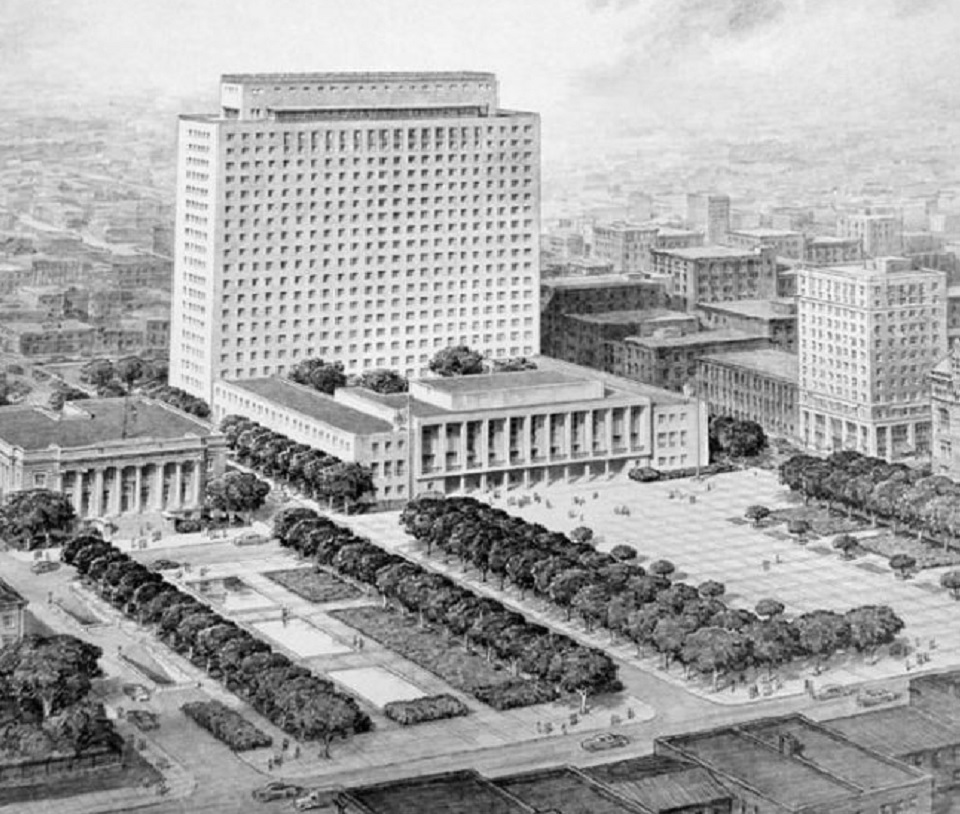 It also faced criticism from world famous architects Walter Gropius who called in unworthy of Toronto and “a very poor pseudo-modern design”, and Frank Lloyd Wright who labelled it sterile and “a cliché already dated”.

Thus it was the $18 million proposal was scrapped and plans for an international competition were begun. The city set a deadline of 1958, by which time 500 proposals had been received from 42 countries. The expert panel selected a short list of eight, 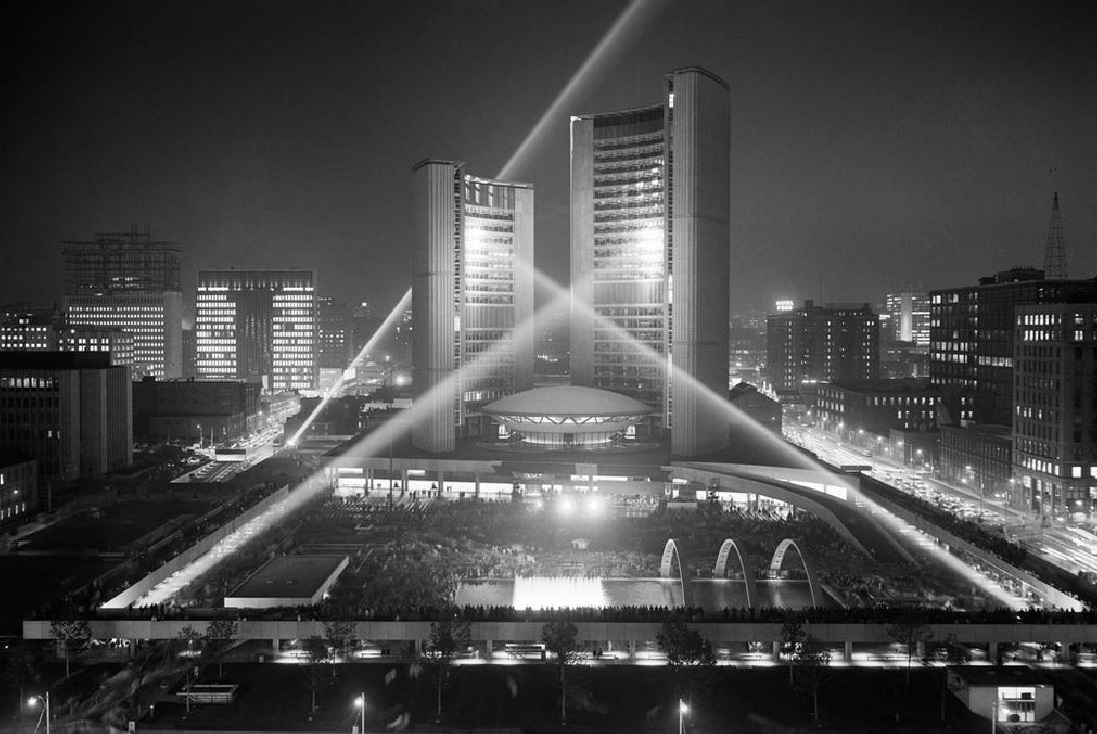 As some stories go, it was pulled from the original pile of discards with at least one judge having rejected it saying it couldn’t be built within the $18 million dollar budget.

Construction began on the futuristic building in 1961, and four years later it was officially opened on this date in 1965.  Sadly Viljo Revell did not live to see his design completed, passing away in 1964.

The design has easily withstood the test of time and has ever since become a source of pride for Torontonians. 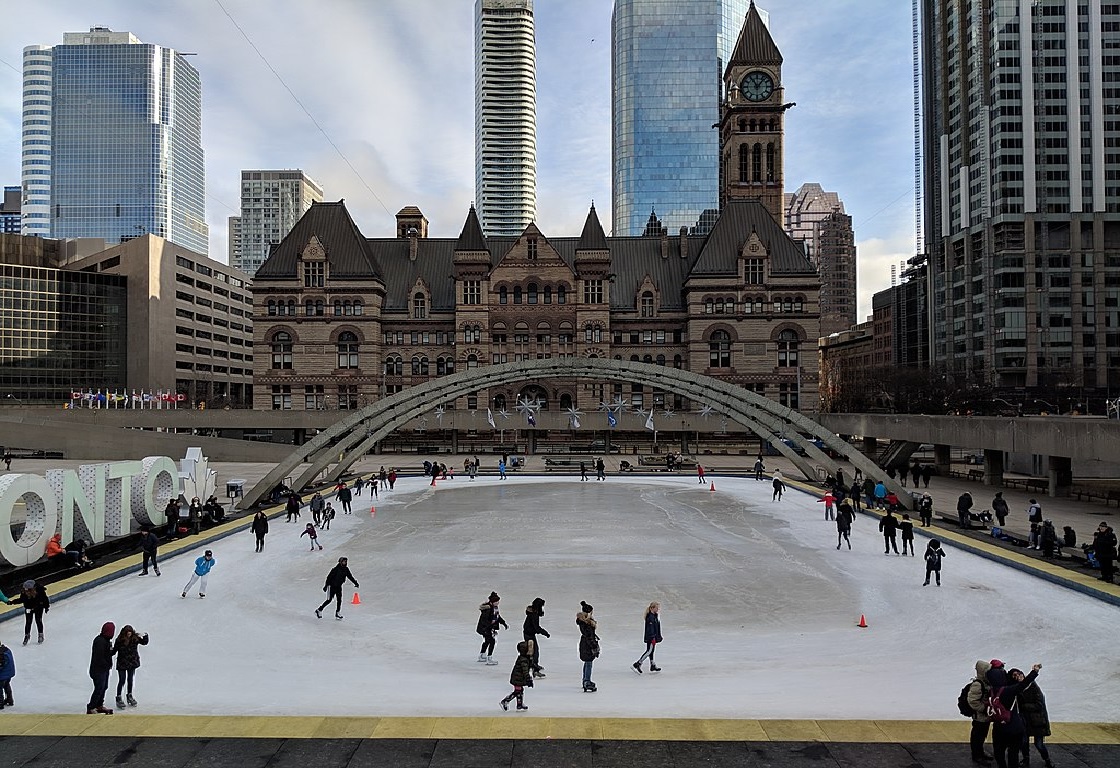 Over the decades it has become the site of hundreds of major city events and of protests. 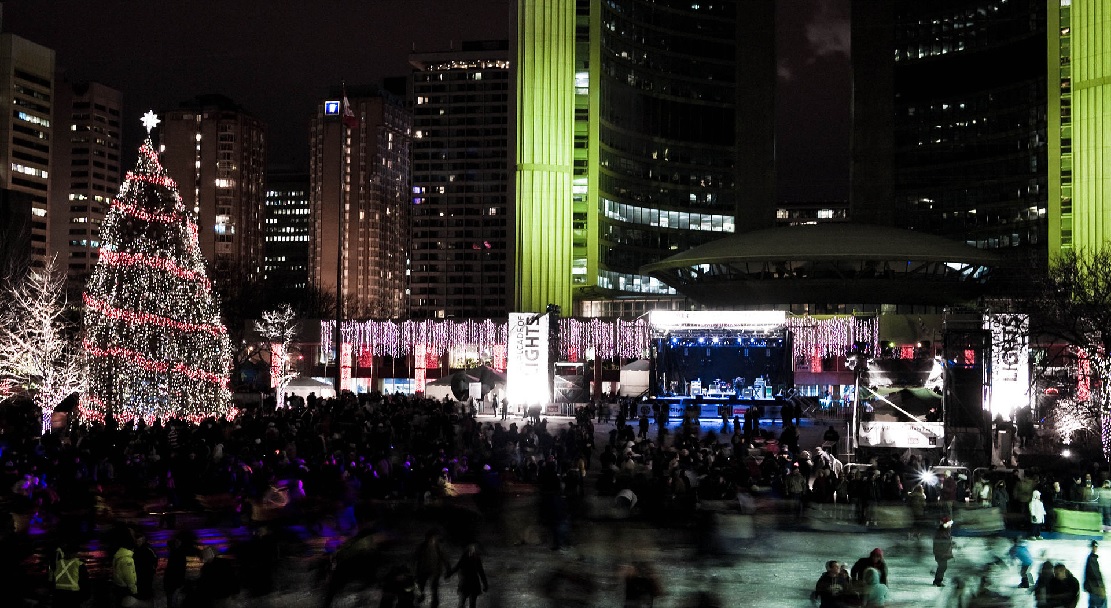 It has also recieved plenty of international exposure although most don’t realise it’s origins, such as being a possible alien portal shown in a 1998 episode of Star Trek: The Next Generation (Contagion-season 2 episode 11)

It’s also been used as a location for several other Hollywood films including the 1980 film, Kidnapping of the President, 2002 film Tuxedo. 2004 Resident Evil-Apocalypse, 2006 The Sentinal, and in 2010 Red starring Bruce Willis and Morgan Freeman