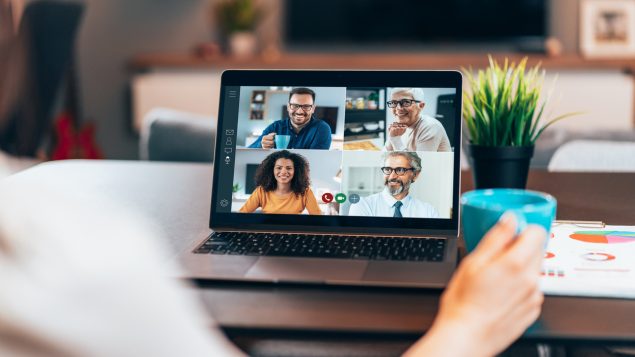 Six-in-ten Canadian business will make telework a business practice, according to a new survey released by the Business Development Bank of Canada. (iStock)

The majority of Canadian businesses are considering telework as one the main strategies for coping with the disruptions brought by the pandemic, according to a new survey by the Business Development Bank.

The study, released by the BDC on Wednesday, found that small- and medium-sized businesses were hit hard by the crisis, with 76 per cent reporting a decline in revenues and profits during the pandemic.

Nearly half (46 per cent) had reduced staff and four-in-then were further in debt.

The study, based on the survey of 1,000 small and medium-sized businesses, identified five priorities for Canadian entrepreneurs as they plan for the recovery.

The survey, titled The Response: How Entrepreneurs Are Adapting to the Pandemic, said the top priority of business owners is getting their financial houses in order, including reducing operating costs and improving cash flow.

“Canadian entrepreneurs are looking to the future and showing ingenuity in adapting to the challenges of our new business environment,” said in a statement Pierre Cléroux, BDC’s vice president and chief economist.

The study’s findings show that small- and medium-sized enterprises are adopting business practices that consider new consumer and work trends, he added.

Four-in-ten intend to consolidate their financial position and want to increase their investment in technology within three years.

The BDC study showed that 87 per cent of entrepreneurs are confident they will make it through the crisis.

The study also found that the pandemic has changed the spending habits of Canadians.

The research said more than 83 per cent of Canadian shoppers were willing to pay more for local products, while 56 per cent made more online purchases during the pandemic and 50 per cent are concerned about the health impacts of the products they consider buying.