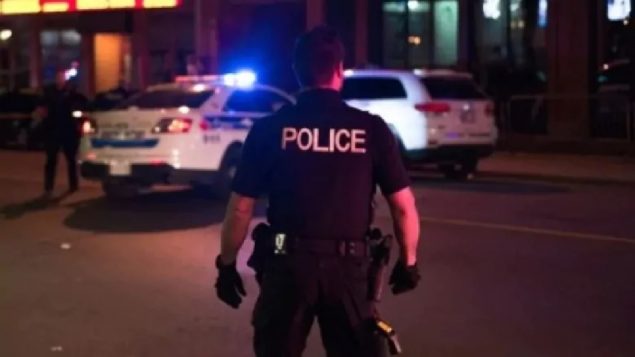 Headlines may lead to the belief police are not appreciated in Canada, but a new survey shows that's not really the case (CBC)

Survey: Canadians and attitudes toward their police

With massive and often violent anti-police riots in the U.S, the situation in Canada seems somewhat different.

While there have been highly questionable incidents in Canada of late involving police and people of colour or non-caucasian ethnicity, the movement to  “defund” the police has not been nearly as strong here.

Although many in this country, including politicians at various levels, have called for an end to systemic racism by the police and society generally, a new survey in fact shows that Canadians generally have a good opinion of their police.

Canada has three types of police services in some provinces, municipal, provincial, and federal (Royal Canadian Mounted Police), and on certain First Nations reserves there are Indigenous police forces. Some communities and provinces may have only two levels of policing, while some remote communities may have only the federal RCMP service.

The poll by the non-profit Angus Reid Institute asked Canadians about their attitudes towards police.

Almost half (45%) said they feel more secure when they see a police officer. This includes indigenous and visible minorities often seen as victims of racist police attitudes. However the alternative, feeling less secure around police, was nonetheless higher among those groups than the mainstream population.

The survey shows the prairie provinces of Alberta and Saskatchewan have the more favourable view of police, while the most populous province with Canada’s biggest and most diverse city, Toronto, has the higher proportion of a negative view. 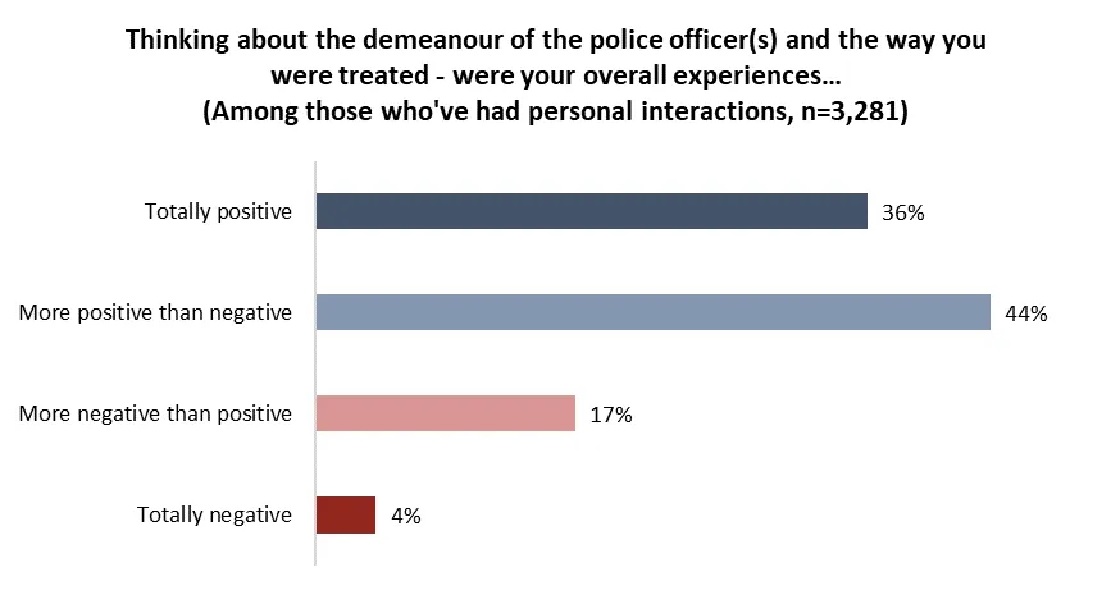 Age seems to make a difference as well with those aged 18-24 having the lowest ‘favourable’ view of police, though still a slim majority (51%).  The ‘favourable view rises with each ten year age group reaching 86 per cent with those over age 65.

Perhaps surprisingly given the headlines and protests, a clear majority of Indigenous and visible minorities  rate the police in the community favourably, although again age plays a role with younger people in all categories having a lower percentage of a favourable view. 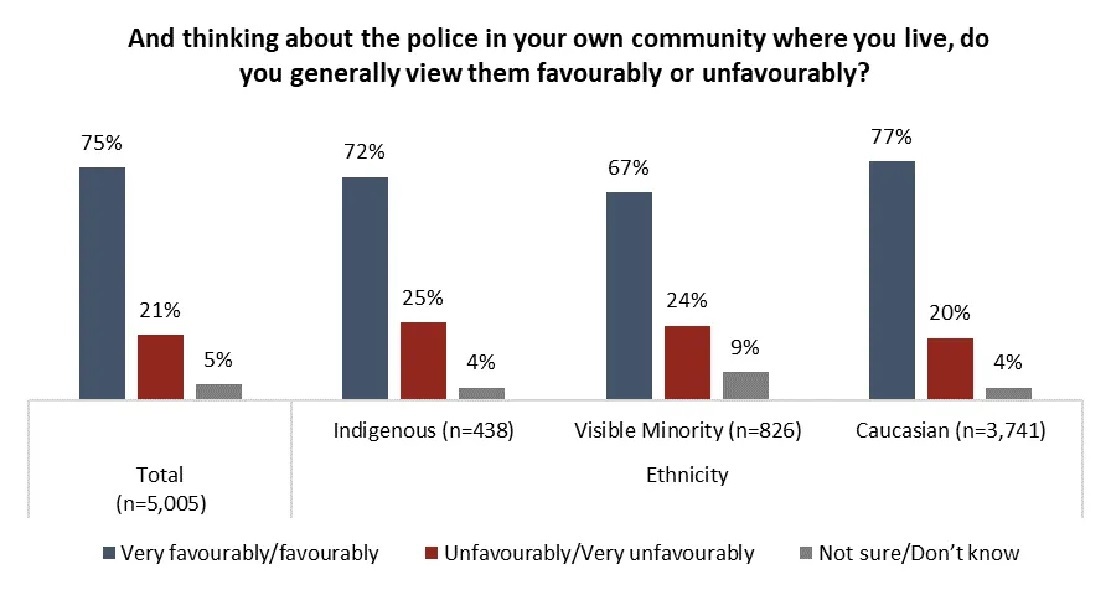 In every major city as well, the favourable rating was a majority although Montreal, Quebec also a multi-cultural city, had the lowest rating at 67 per cent favourable and highest rating of unfavourable at 29 per cent.

Some 58 per cent of Canadians have had at least one interaction with police in the past five years and 80 per cent of respondents said it was either totally positive or at least more positive than negative. An additional question noted that there is a marked difference between Canadians and Americans in how secure citizens feel around police. 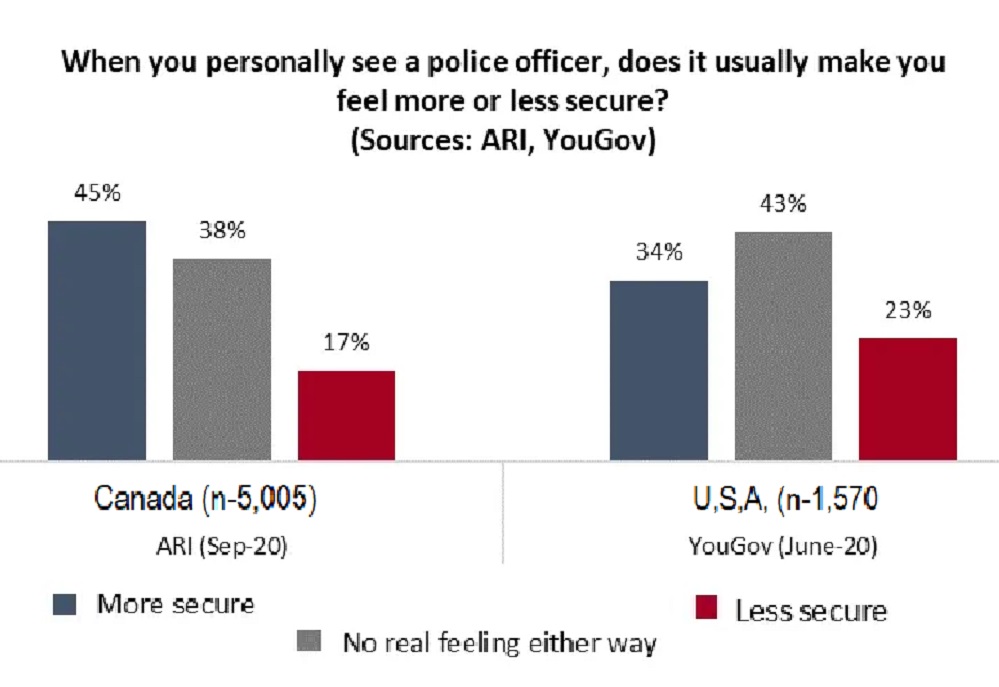