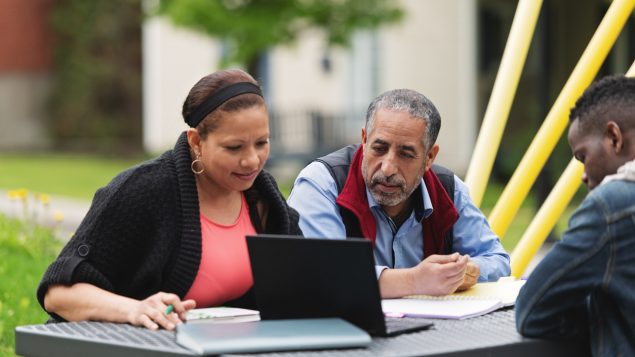 After a long hiatus, the federal government is opening the parents and grandparents immigration lottery sponsorship program at noon EDT on Oct. 13, 2020. Applications are accepted online, however, people with disabilities can request alternative forms. (iStock)

Tens of thousands of Canadians and permanent residents of Canada are expected to apply to sponsor their parents and grandparents as the federal government relaunches its controversial lottery system on Tuesday.

After several months of hiatus, the federal government announced last week that it is reinstating the lottery system to distribute coveted sponsorships to reunite immigrant families.

During this three-week window, eligible Canadians and permanent residents can fill out online forms to express interest in bringing their relatives to Canada.

People with disabilities who cannot fill out the online application can request the so-called interest to sponsor form in an alternative format, such as paper copy, Braille or large print, officials said.

After the three-week period ends, Immigration, Refugees and Citizenship Canada (IRCC) will randomly select potential sponsors and invite them to submit applications.

Those who do not get selected may be eligible to apply for a so-called super visa for their relatives, which would allow them to come to stay in Canada for up to two years at a time and apply to extend their stay by up to one year at a time.

The new lottery system, which was delayed because of the pandemic, replaced a first-come-first-serve system that the Liberals had introduced last year, but one that proved even more unpopular than the lottery system that existed prior to 2018.