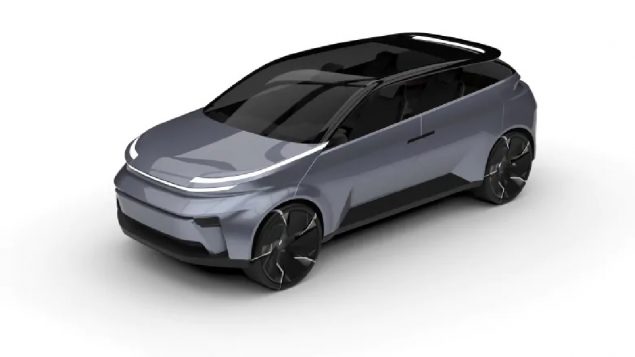 An all-Canadian electric car in the works

While major carmakers around the world are putting electric vehicles into their lineup, the Canadian and Ontario governments have just offered hundreds of millions of dollars to American-based multinational Ford to upgrade its Canadian facility to start producing EV’s in Ontario.

But these are all foreign designed vehicles. Now a group wants Canada to get back in the EV game.

I say back, because few may know it but Canada was one of the first in the world to make an electric vehicle well over a century ago, back in 1893. 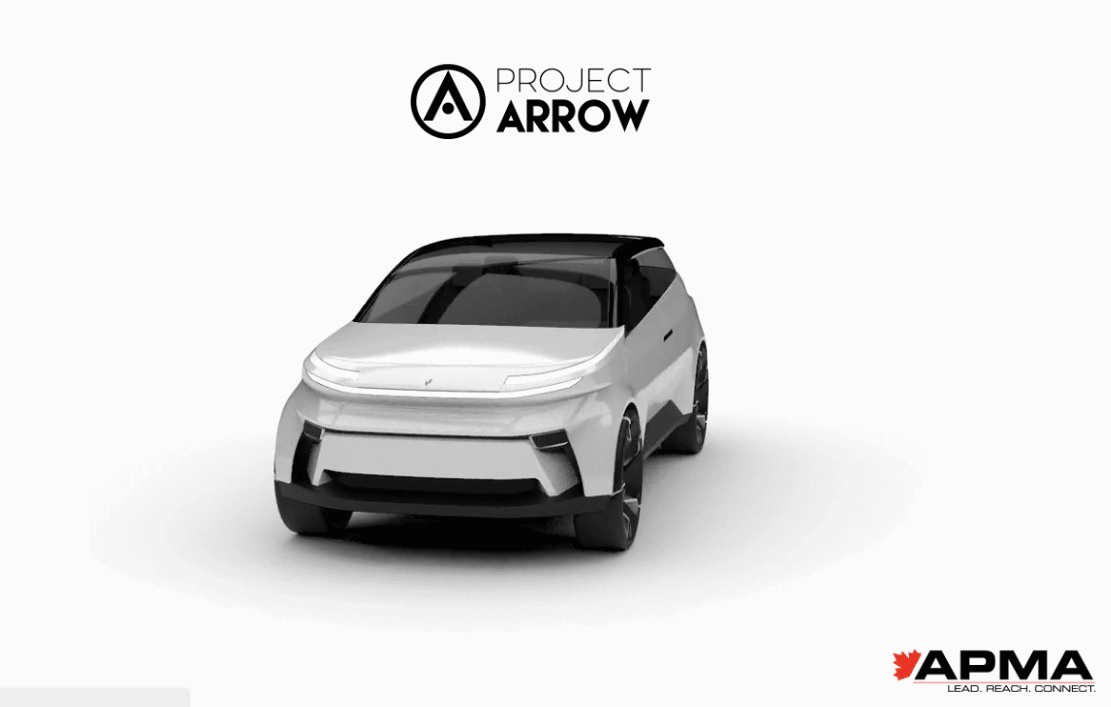 The vehicle is designed to showcase Canadian ability to produce an actual vehicle from the drawing board to the road. ( APMA)

Along the way Canadian designed and built motor companies either lost their way or were bought out by U.S firms,  Names like Russel, Gray-Dort, and McLaughlin, Bricklin, and many others came and went as U.S designs dominated.

Now a group is planning to get Canada into the new technology of EV’s. This week the Automotive Parts Manufacturers Association (APMA) announced “Project Arrow” a plan to produce an all Canadian designed and built vehicle. 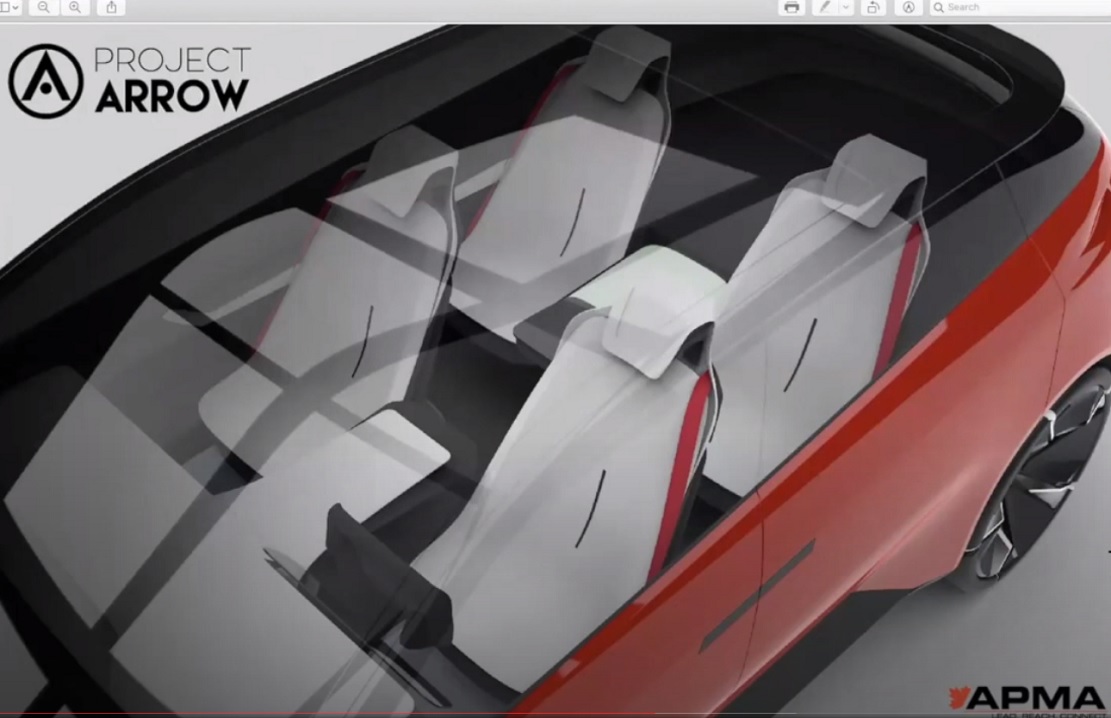 Featuring an all glass roof. Plans are to have the virtual engineering complete next year, and the concept complete for road trials in 2022 (APMA)

The name is taken from the groundbreaking 1950’s jet intercepter Avro Arrow, a world-leading technology that almost thrust Canada into a world leadership position in aerospace. However it became a victim of politics, and is forever now shrouded in myth and conspiracy.

The new “arrow” concept created by Carleton University students in an national competition, is currently undergoing engineering in Windsor, Ontario.  The finished design ‘virtual vehicle’ is expected in 2021 with a full-build concept vehicle rolled out in 2022.

It may or may not however actually go into production.

While some 93 Canadian suppliers and related  tech firms have signed on, APMA president Flavio Volpe, said the idea is to show investors that Canada has the skills and technology to develop an entirely new vehicle from the ground up with all the parts supplied from Canada. He said it may inspire someone here to become an “original equipment manufacturer” i.e, carmaker to continue and commercially build the vehicle, or some other all-Canadian model, but it is primarily designed to showcase Canadian industry capabilities in the emerging EV and hi tech market. 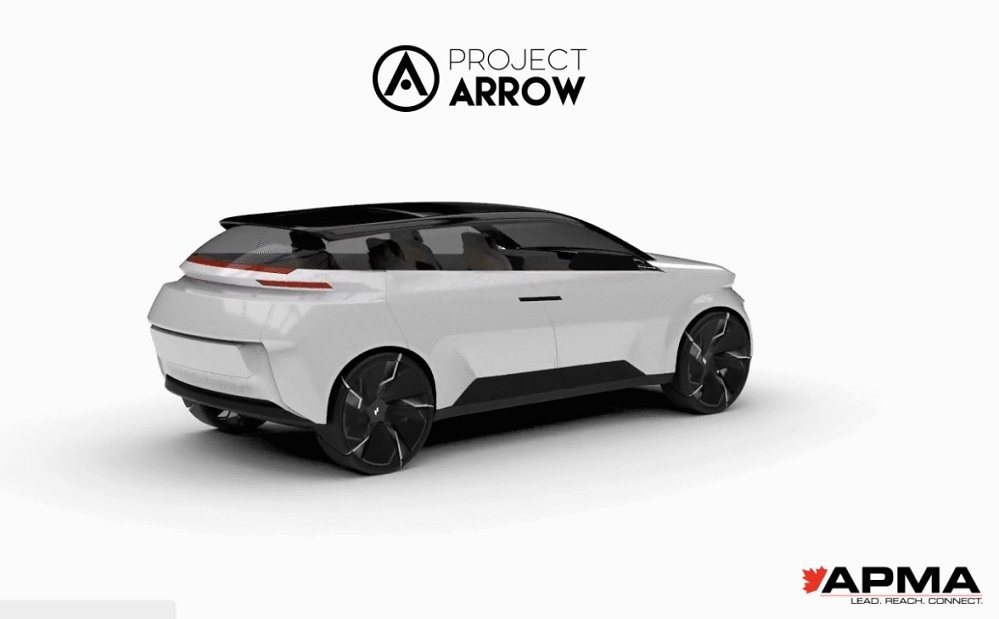 The Arrow would be 100% Canadian from design, to all parts, to assembly. (APMA)

Quoted in the Globe and Mail, economist Mike Moffat said, “One of the things any possible EV assembler will worry about, when deciding where to put a plant, is the local supply chain – will they be able to get all the parts they need close by, as well as engineering talent. This is a great ‘show, don’t tell’ way of signalling that all the ingredients are in place.”