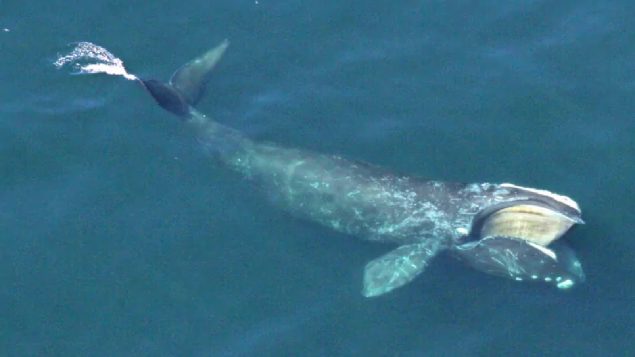 A large right whale in the Gulf of St Lawrence showing its baleen. Hundreds of marine scientists have expressed grave concern for the survival of this and other species of ceteceans (Center for Coastal Studies/NOAA)

Over 350 marine scientists, biologists and researchers have signed an open letter urging global action in the face of severe extinction risk to many species of whales, dolphins and porpoises known as ceteceans.

The group representing 40 countries including Canada, expressed concern that too little was being done and for some species it could be too late.

They note the small vaquita, found in the Gulf of California is virtually extinct with only ten mammals known. The two species of Chinese river dolphin, baiji, were labelled as already possibly extinct in 2017. The letter says the problems facing these mammals were known and the declines could have been avoided, but “the political will to take action has been lacking”. 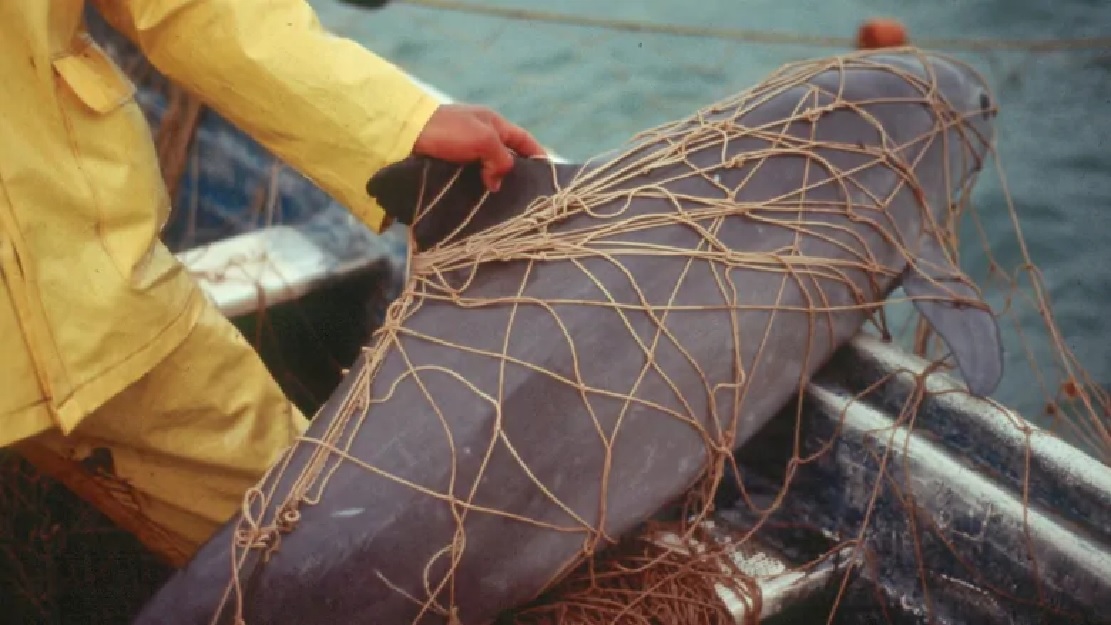 A vaquita porpoise is tangled in a fishing net 2017. Fishing gear entanglements can lead to mortality in all sizes of cetaceans, including the biggest whales. They say the problem is known, but there’s a lack of political will to deal with the issue in many cases (C.Faesi/Proyecto Vaquita)

They also express grave concern for the large North Atlantic Right whale whose numbers are estimated to be only around 400, saying it is almost inevitable these whales will disappear.

The letter states “The lack of concrete action to address threats adversely affecting cetaceans in our increasingly busy, polluted, over-exploited and human-dominated seas and major river systems, means that many populations, one after another, will likely be declared extinct within our lifetimes “ 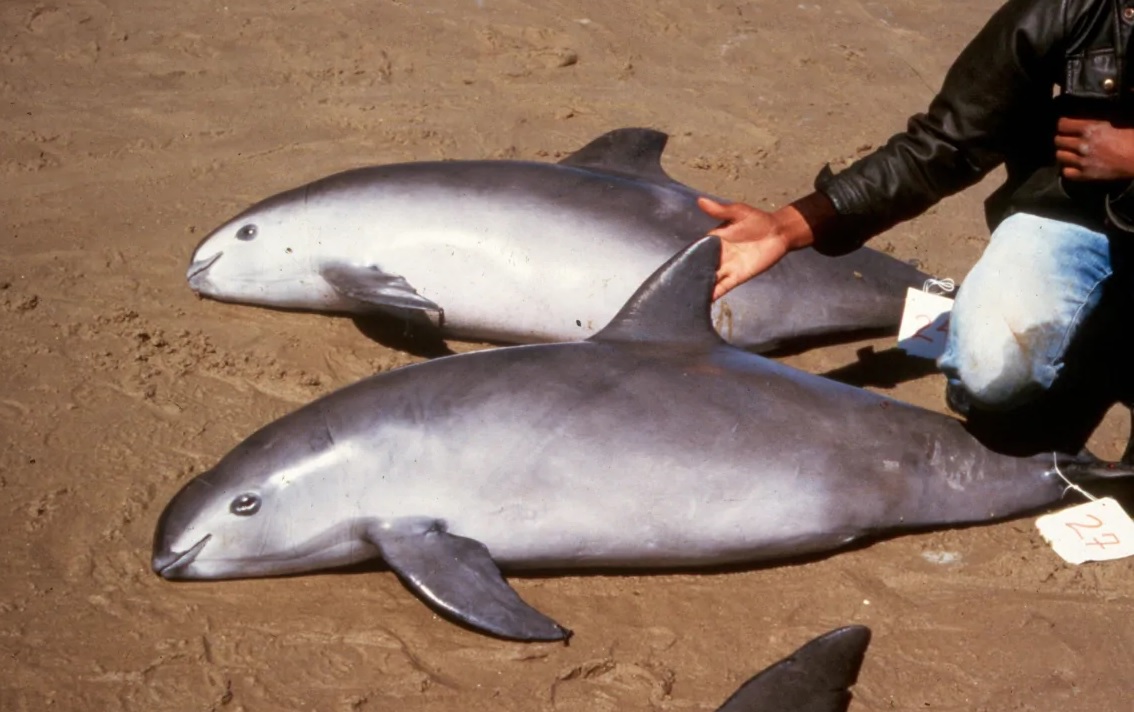 Two of the small vaquita porpoises on a beach. Scientists believe there are only a handful left and the species is doomed (Alejandro Robles)

The scientists said various human factors were affecting the populations from entanglements in fishing gear, by catch in large fishing nets, toxic pollution, to underwater noise from shipping and habitat loss. Ship strikes have also taken the lives of slower moving animals like the right whale Other studies have listed marine resource exploration and even pleasure craft as sources of problematic noise. 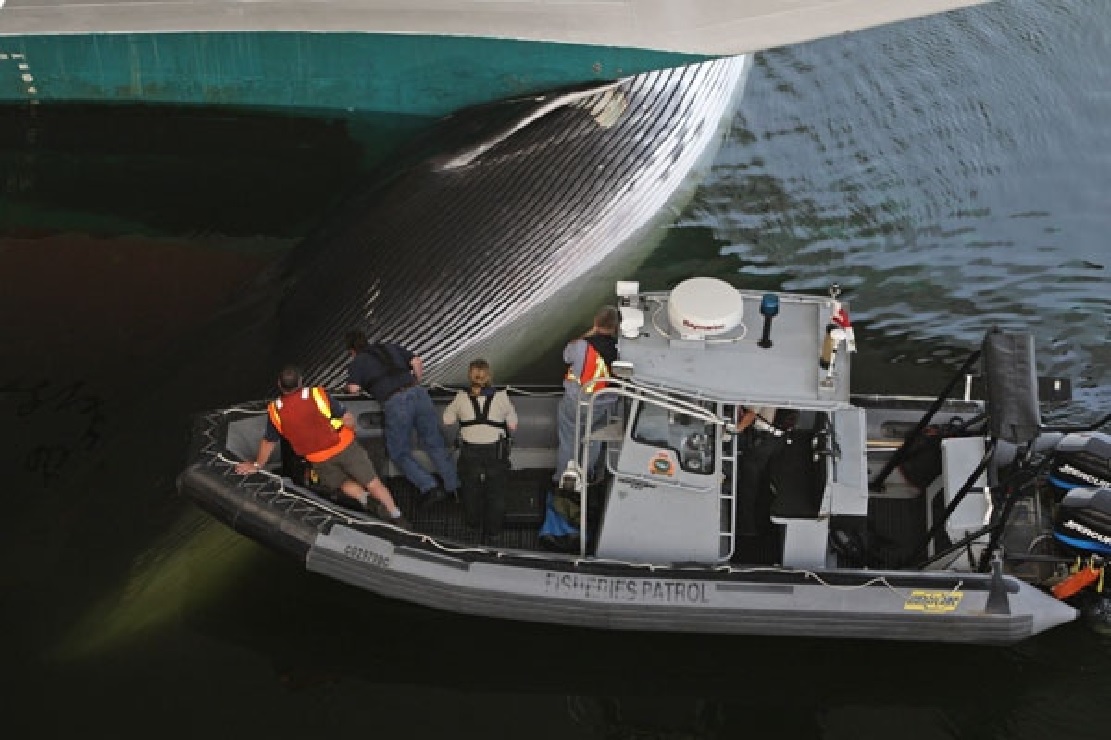 Department of Fisheries and Oceans officials look at the carcass of a whale lodged at the bow of a Princess Cruise Lines ship after docking in Vancouver, B.C., on Saturday July 25, 2009. An internet search will show many images of ships with dead whales on them. In many other cases the whales are struck and left floating (Darryl Dyck / THE CANADIAN PRESS

The letter also said that these marine mammals were “sentinels of the health of our seas, oceans and, in some cases, major river systems and the role of cetaceans in maintaining productive aquatic ecosystems, which are key for our survival as well as theirs, is also becoming clearer.” 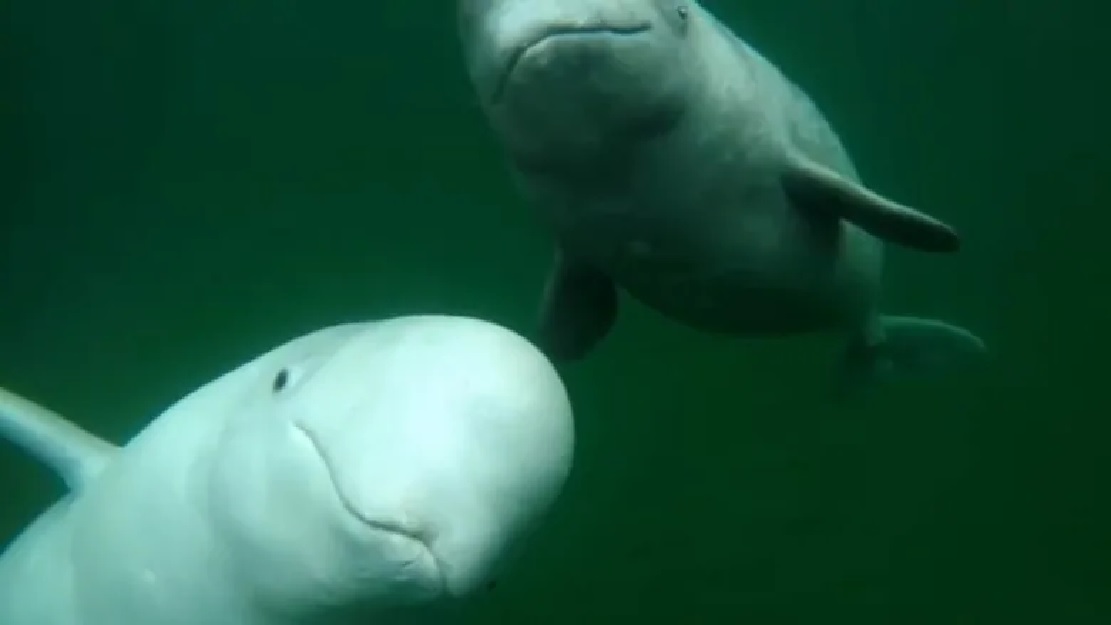 Fisheries and Oceans Canada says an estimated 10,000 beluga whales existed in the St. Lawrence Estuary and Gulf prior to 1885. In 2012, that number was down to 900. They are threatened with habitat loss, shipping and pleasure craft noise, and toxic pollution ( Levon Drover via CBC)

Lindy Weilgart, is a research associate with Dalhousie University in Nova Scotia. Quoted by the CBC she said action to protect these species is long overdue.”This all should have happened yesterday,” “This is a very dire situation.”

While there is an international ban on commercial whaling, Norway and Japan are the only countries still engaged in whaling.