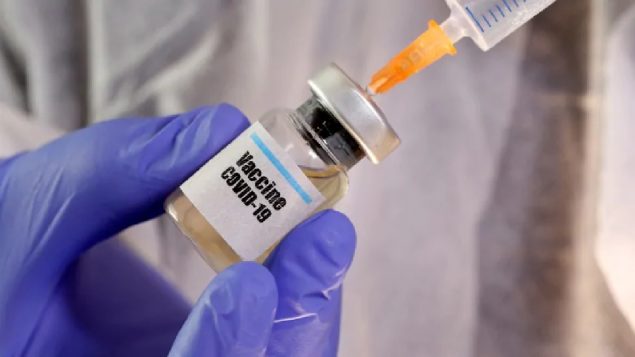 Canada-U.S. attitudes on COVID vaccine, when and who should be first: survey

A national poll by Leger Opinion and the Association for Canadian Studies asked Canadians and Americans, when a COVID vaccine becomes available, who should be first in line to get it.

The survey showed an obvious difference of opinion in the two countries. Well over half of Canadians think it should be given first to certain priority groups, while less than half of Americans agree with that. The priority groups would be institutional medical staff/health care workers and the elderly.

For that matter, when an approved vaccine becomes available, and is distributed free, a similar percentage say they themselves will want the vaccine.

Another difference shows up when asked if preventing the spread is more important than preventing economic fallout and job loss (Cda= 72%, U.S.= 63%) 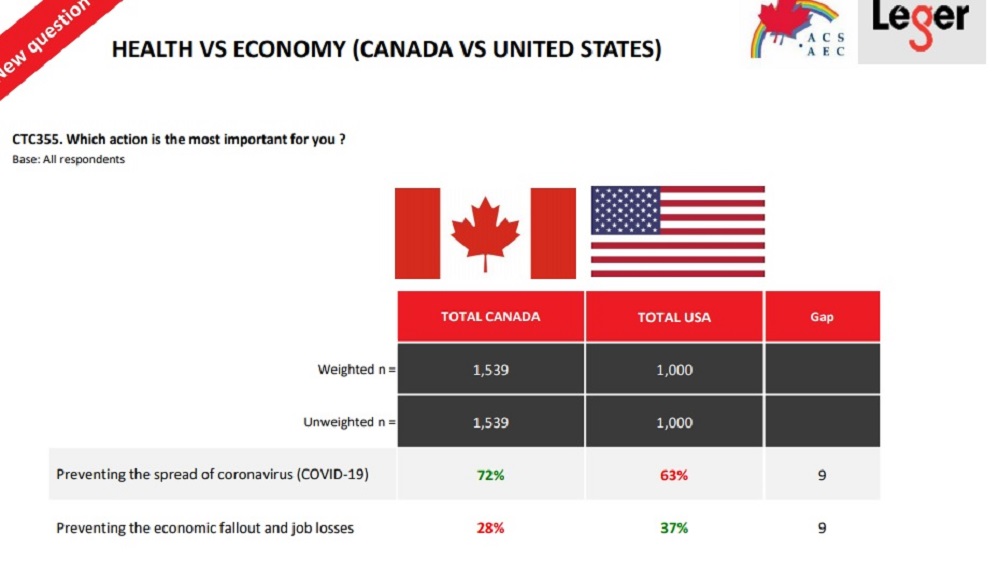 As we enter autumn, medical experts have become concerned about a ‘twindemic’ with the onset of flu season. When asked about flu shots, 65 per cent of Canadians and 62 per cent of Americans said they had received a flu shot previously,

This year 59 per cent in both countries said they would definitely, or would likely, get the flu shot.

As for a COVID vaccine, most think it won’t be available until sometime in 2021. When available, slightly more Canadians than Americans think it should be made mandatory (39% vs 26%) 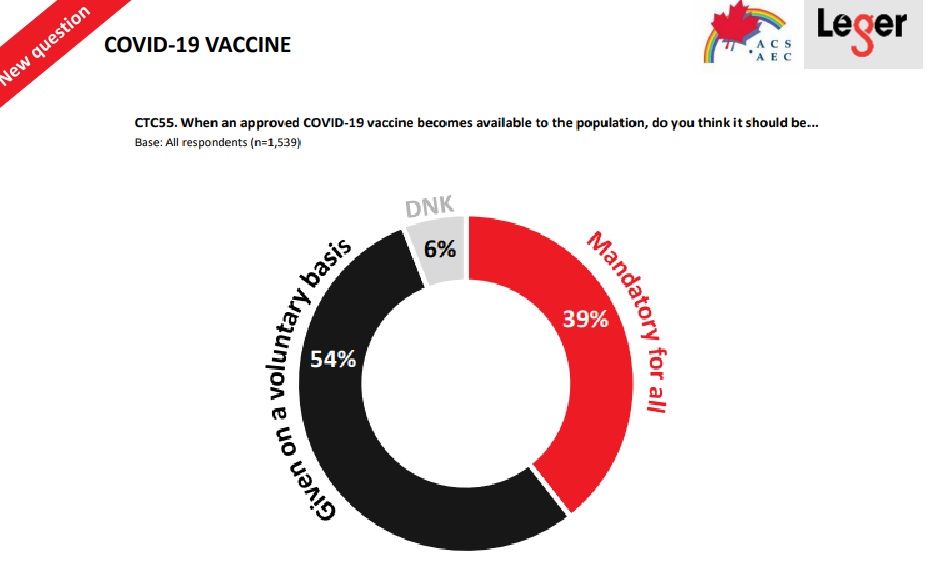 Private health care is always a controversial issue in Canada where publicly funded universal access is a cherished policy. Asked if people should be allowed to go to a private clinic and pay to get the COVID vaccine right away, only 37 per cent of Canadians agreed, versus 43 per cent of Americans. 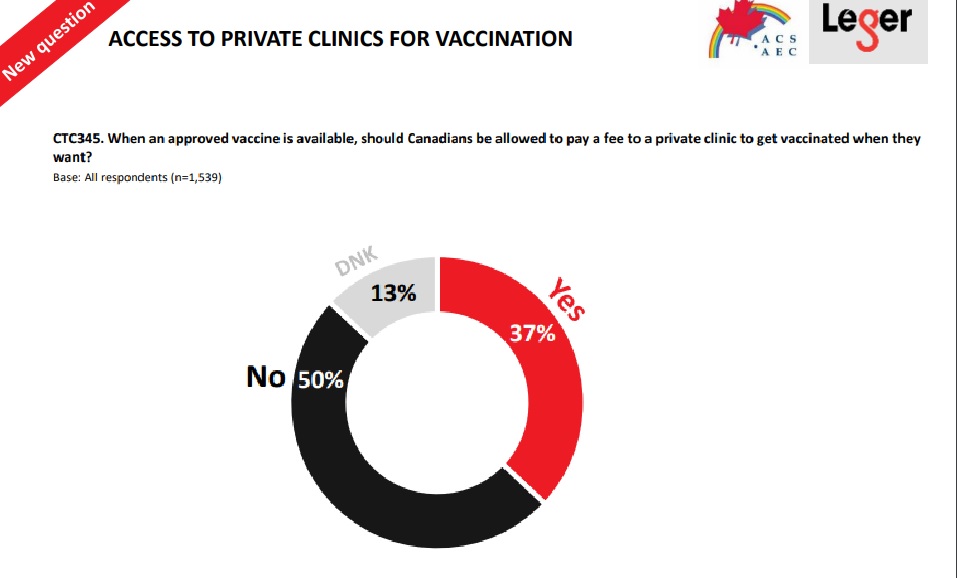 There is a marked difference of opinion about the so-called second wave of the virus, with 77 per cent of Canadians saying it’s here but only 39 per cent of Americans saying we’re in a second wave.

As to how people are doing emotionally during this pandemic, the results continue to be relatively unchanged over the months, hovering around 40 per cent of Canadians responding they’re doing very well or excellent. An almost equal number say they’re doing good, About 14 per cent said they were not doing well or were feeling very bad. American responses to the question had a slightly higher percentage of people doing OK or better. 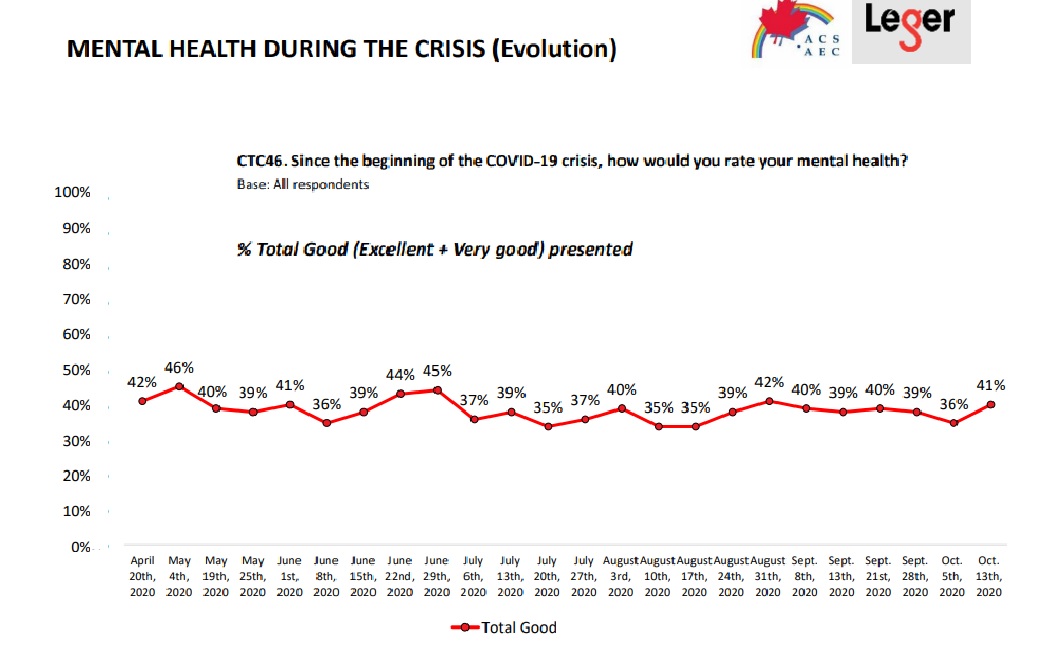 As for satisfaction with the measures put in place to control the spread of the virus, Canadians remain fairly satisfied with the governments, both federal and provincial, much more so than Americans are with their government