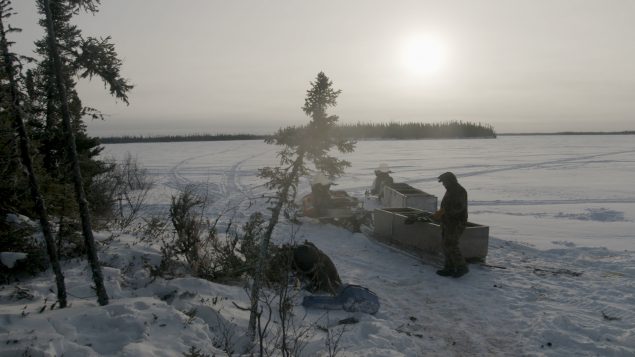 Climate change is taking an increasing toll on Indigenous people and government action is described as inadequate by the non-profit, Human Rights Watch. It has issued a 120-page report which documents “how climate change is reducing First Nations’ traditional food sources, driving up the cost of imported alternatives, and contributing to a growing problem of food insecurity and related negative health impacts.”

The changing climate has resulted in drastic reductions in the quantity of food that Indigenous people are able to harvest. It has also made it more difficult and dangerous. Climate change has affected wildlife habitat through changing ice and permafrost conditions, more wildfires, warming water, changes in precipitation and unpredictable weather. 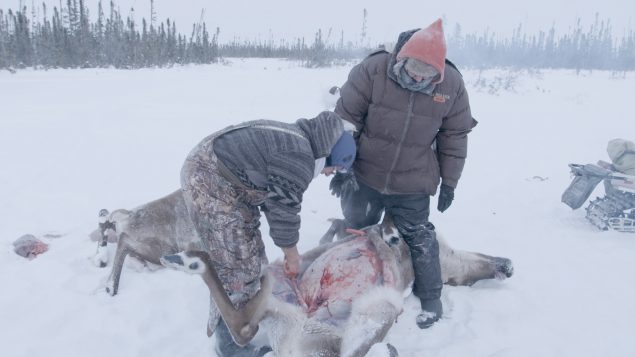 “My biggest fear of climate change losing everything. Losing our tradition over the weathers, over melting ice. [I]f we lose what we have now, what will we have to show our children in the future,” asked Kyle Linklater, a father, hunter, and resident of Weenusk First Nation, Ontario. He was one of 120 people interviewed by Human Rights Watch to compile the report.

The Canadian government has created a Nutrition North program which subsidizes the transportation of nutritious food from southern retailers to remote locations where Indigenous people live. But Human Rights Watch says “healthy store-bought food options remain financially out of reach for many in remote and northern communities.” It adds that subsidies, health and other resources are often not available, insufficient or do not reach those who need them most.

‘Canada not even on track to meet its own targets’

The charity also accuses Canada of not doing its part to curb climate change. “Canada has not set adequately ambitious carbon emissions reduction targets consistent with the goal of keeping global temperature rise below 1.5°C, in line with the Paris Agreement, and the government is not even on track to meet its own targets,” says a news release.

It blames the government for not clarifying how it will further curb emissions or address “climate-exacerbated food insecurity.”

The report contains several quotes from Indigenous people which illustrate their concerns:

“Climate change is really affecting First Nations right now. There is no food for animals to eat. The animals won’t be there for us to hunt.” – Chief Madeek, Wet’suwet’en Hereditary Chief, Skeena River watershed, British Columbia

“There [are] a lot of kids who do not eat on the weekends. We have programs here where kids take food home for the weekend. Lots of schools have lunch programs but they do not offer traditional food.”– Teacher in Smithers, Skeena River watershed, British Columbia

“First Nations peoples know what is wrong, and what is needed. Most are plagued with over-crowding, high unemployment rates, health issues such as diabetes. Any real solution to address the climate crisis and food poverty must protect First Nations’ traditional territories and traditional food sources. Canada needs to fund climate change adaptation projects so families can grow their own food and plan ahead for the future.”– Sam Hunter, community climate monitor, Weenusk First Nation, Ontario