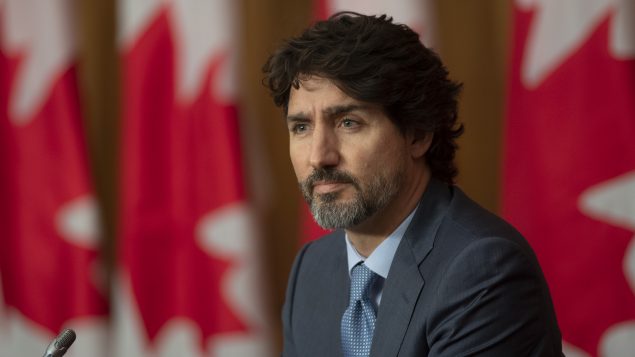 Prime Minister Justin Trudeau warned Canadians on Tuesday not to believe and spread “harmful misinformation” and conspiracy theories that the federal government is preparing internment camps to limit the spread of COVID-19 in Canada.

The federal government has announced funding for voluntary quarantine sites for some of the country’s homeless and has made plans to expand self-isolation capacity for returning international travellers without suitable places to go, but Canadians will not be compelled to leave their homes for so-called COVID “camps,” a spokesperson for Health Minister Patty Hajdu told CBC News.

“The answer is no, we’re not building containment or internment camps,” the spokesperson said.

Speaking at a press conference with top health officials in Ottawa, Trudeau said these kinds of rumors and reports are part of a concerted effort to “undermine people’s confidence in their institutions, in their democracies.”

“Some are foreign actors trying to disrupt successful democracies, others are people with extremist agendas within our country trying to weaken people’s confidence in our institutions, our democracy,” the prime minister said.

Trudeau said he had to personally reassure a young woman during a recent virtual meeting that his government will not remove people from their homes to put them in containment facilities.

Trudeau said the best thing that Canadians can do is to listen to trusted experts such as Canada’s Chief Public Health Officer Dr. Theresa Tam and regional health officials.

“We need to hold together and resist people who would sow chaos within our communities and our democracy,” Trudeau said.