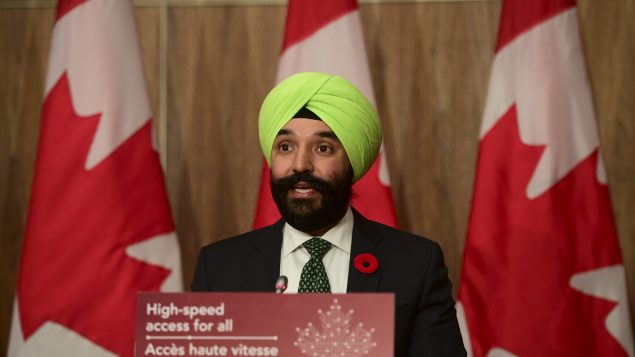 Minister of Innovation, Science and Industry Navdeep Bains speaks during a press conference on broadband internet in Ottawa on Monday. He is reported set to introduce new privacy legislation as soon as this week. (THE CANADIAN PRESS/Sean Kilpatrick)

Canada’s federal government plans to introduce a bill to overhaul Canada’s privacy laws, possibly as soon as this week, according to media reports from Ottawa.

The bill would be the first major attempt to change Canada’s Privacy Act in decades and follows repeated calls from Privacy Commissioner of Canada Daniel Therrien to modernize Canada’s aging privacy laws.

The Canadian Pres reports that the legislation would flesh out the 10 principles–from control over data to meaningful penalties for misuse of information–that make up the federal government’s so-called “digital charter.”

Details of the bill won’t be available until the legislation is tabled, but the CBC’s Catharine Tunney reports that a spokesperson for Innovation, Science and Industry Minister Navdeep Bains pointed to the promises outlined in the minister’s mandate letter. 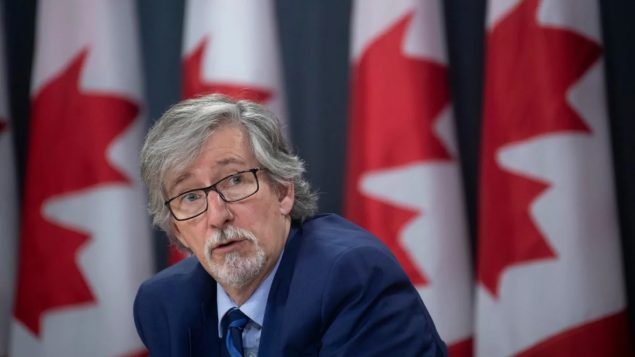 Privacy Commissioner Daniel Therrien has long called for laws that set limits on permissible uses of data so Canadians are not left to rely ‘on the good will of companies to act responsibly’ when it comes to protecting their privacy. (THE CANADIAN PRESS/Adrian Wyld)

A report in August found that the average cost of data breaches in Canada had risen 6.7 per cent since 2019 totalling $6.35 million.

It is not immediately clear how the new legislation would mesh with existing federal privacy laws.

Last week, a prominent Canadian think tank said urgent action was needed to safeguard Canadians’ most sensitive information, which is stored by social media platforms, warning that people’s social media data can be transferred outside Canada to nations that do not do enough to protect individual privacy and that Canadian privacy laws do not protect data sent abroad.