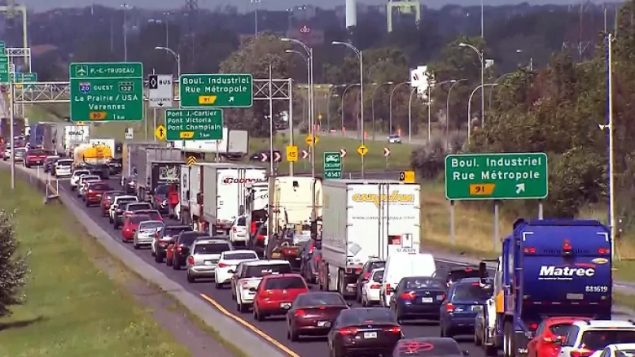 A traffic jam in Montreal, similar to most large cities especially during morning and evening commutes. Quebec seeks to reduce pollution with a new mandate to end consumer sales of internal combustion engine vehicles by 2035 (Radio-Canada)

Another shot has been fired against the internal combustion engine (ICE).

The mostly French-speaking province of Quebec, and second most populous in Canada, has ordered that from 2035, all new cars sold in the province must be electric.

The move is similar to ones already announced in the U.K (2030), Sweden (2030), and the state of California (2035), while the west coast province of British Columbia last year announced a ban on gasoline powered vehicles by 2040. Last year the city of Amsterdam said petrol and diesel powered cars will be banned from the city by 2030. 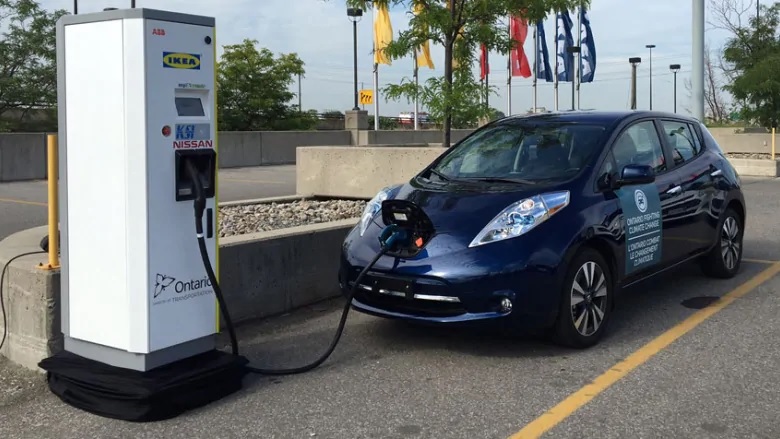 Quebec wants to greatly increase use of electric vehicles as part of its effort to fight climate change, One critic says, a big increase in ‘infrastructure like more charging stations is needed in order to be
successful (Oliver Walter- CBC)

Quebec currently has the most generous incentive to buy an EV. at up to $8,000 which can be combined with an up to $5,000 federal incentive.

The generous Quebec incentive currently costs the province about $260 million and there are suggestions the incentive amount could be reduced.

The Quebec plan announced today is part of the provincial government’s ‘green plan’, a $6.7 billion investment to deal with climate change. The proposal will not effect commercial or industrial vehicles, nor the sales of used ICE vehicles.

Quebec already accounts for 50 per cent of EV sales in Canada, but the fleet is small at less than 1.5 per cent of all registered vehicles.

The Quebec government wants that number to increase to 30 per cent by 2030. at around 1.5 million EV’s licensed in the province.

While the plan includes speeding up roadside charging stations, George Iny of the Automobile Protection Association says laws and rebates aren’t enough for consumers to make the switch. Quoted by CTV News he said   “You need an infrastructure, you need answers for people who live in apartments and other dwellings because the current, haphazard way of putting chargers in onesies and twosies on street corners will never do the trick.”

The federal government for its part has indicated it wants to end new ICE sales by 2040.