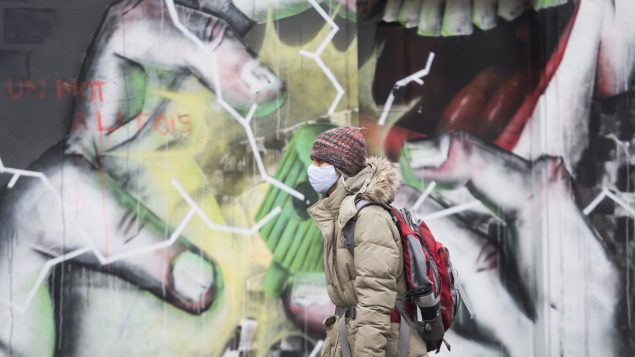 A person wears a face mask as they walk by a mural in Montreal on Sunday, as the COVID-19 pandemic continues in Canada and around the world. It is showing no signs of letting up in Canada, which has now recorded over 300,000 cases. (THE CANADIAN PRESS/Graham Hughes)

Canada’s total COVID-19 caseload has now surpassed 300,000 as cases continue to rise across most areas of the country–the exception being Atlantic Canada, which has lived in a bubble for much of the year, closing itself off to and from outside travel.

The grim milestone comes less than a month after the country reached 200,000 overall cases, on Oct. 19.

It took about four months for Canada to leap from 100,000 to 200,000, suggesting that even as some cases are being resolved, the spread is accelerating. 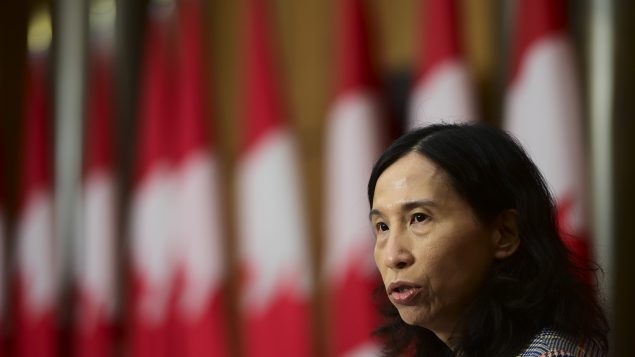 Tam said that–including the 4,802 new cases reported Monday–nearly 51,000, or 17 per cent of those total cases are currently active.

Canada, she said, is at a critical juncture in the pandemic.

“Over the past seven days, there were on average 1,675 individuals with COVID-19 being treated in Canadian hospitals, including over 330 in critical care.”

She said an average of 66 deaths were being reported daily.

And, even as Tam presented her figures at a media briefing in Ottawa, the case count continued to grow.

By early afternoon Tuesday, it stood at 304,477 confirmed cases.

A CBC News tally of deaths based on provincial reports, regional health information and CBC’s reporting stood at 11,063.

“We’ve seen this with Europe and the U.K. and U.S., and now across Canada–the pattern is very consistent,” Colijn told The Canadian Press.

“This is something that can overwhelm the health-care systems in Western democracies. And it can do it very rapidly.”

Colijn projects that Canada will reach the 400,000 total case milestone by early December, if the current trajectory holds up. 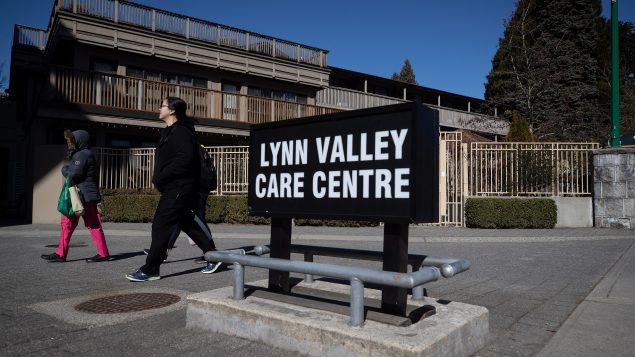 The Lynn Valley Care Centre seniors facility in North Vancouver, B.C., was the site of Canada’s first COVID-19 outbreak and the country’s first death from the coronavirus, back in March. The virus has moved relentlessly forward ever since. (THE CANADIAN PRESS/Darryl Dyck)

Dr. Ilan Schwartz, an infectious disease expert with the University of Alberta, told CP that “widespread restrictions” are needed in order to prevent the skyrocketing spike projected by Colijn and other COVID modellers.

He said government and public health policymakers need to put forward clear, concise and aggressive measures, and continue to “emphasize that people really need to change their plans and minimize their in-person interactions.”

“Because it’s really only a matter of time–and we’re talking weeks, not months–before ICU’s become totally overwhelmed and are unable to provide even the most basic care to people,” he said.