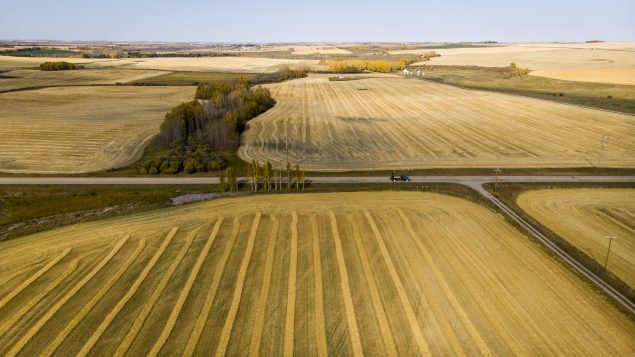 Harvested wheat fields near Cremona, Alta., Thursday, Oct. 1, 2020. Canada is the world's sixth-largest producer and one of the largest exporters of wheat, annually producing an average of over 25 million tonnes and exporting around 15 million tonnes. However, a new study says more of the land is being controlled by fewer farmers, a situation the authors say has several negative consequences (Jeff McIntosh/The Canadian Press)

A new study has found that a relatively small number of operations control the larger part of farmland in each of the prairie provinces. Alberta, Saskatchewan, and Manitoba together represent 70 per cent of Canada’s agricultural land.

The study found that farms are getting bigger, but as that happens there are fewer small and medium-sized operations which have long been thought to be the backbone of agriculture.

The study is called Concentration Matters: Farmland Inequality on the Prairies by Darrin Qualman (National Farmers Union), Annette Aurélie Desmarais ( U Manitoba), André Magnan ( U Regina) and Mengistu Wendimu ( U Manitoba)  The report was prepared for the non-partisan think tank, The Canadian Centre for Policy Alternatives.

The study cites as an example how the farming sector is beginning to follow the changes in the business sector.

“The distribution of control over productive assets affects the structure of a society, its patterns of employment, income and wealth inequality, and the health of its democracy. Over the past 50 years, there has been a shift in the ownership of Canadian businesses and productive assets. Where once much larger parts of the economy were owned by local citizens and families, now an increasing portion is owned or controlled by transnational corporations, chain stores, and franchisers. Rather than locally-owned stores on thriving main streets, we have corporate big-box superstores. Largely gone or sidelined are the locally-owned shoe stores, grocery stores, meat markets, hardware stores, and other businesses. When looking back over several decades, a significant change is clearly visible: ownership and control of the Canadian economy has shifted from numerous local people to a few distant corporations”

The report goes on to say, “The era of broadly distributed land ownership, of food production by small and medium-sized family farms, is fading” 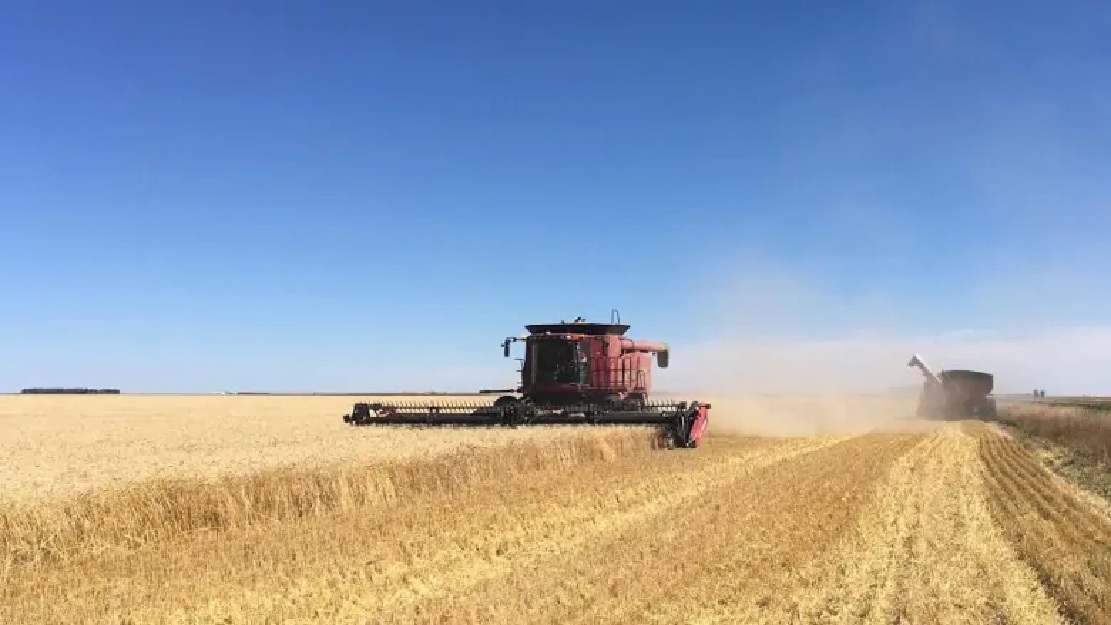 The report notes that the  rising cost of land and narrow farm margins means larger farms are already in a better financial position to acquire more land, than smallhold farmers, and young farmers. (Tory Gillis- CBC)

Hard for young farmers to get a start, 70 per cent decline

With the concentration of holdings among fewer farms the report notes a number of negative results not the least of which is that the number of young and new farmers has declined by 70 per cent in just one generation.  Rising cost of land is one impediment. The report notes that, “concentration feeds on itself, creating ratchet and positive-feedback effects. Most farmland is bought and sold in open markets5—allocated according to ability to pay. Who has the greatest ability to pay for a given acre of farmland? Often it is those who already have the most acres paid for”.

As the number of farm families diminish in an area,  rural communities themselves begin to falter as there are fewer people to patronize local businesses.  Below a certain threshold, businesses begin to close and each loss severely affects the survival of others.  Rural families head into town for supplies from several operations at a time. If one or more of those businesses no longer exist, the customer will head to another town where all services still exist, thereby contributing to the demise of the local businesses and services in the home area.

The report notes that a diminishing farm segment of society also reduces their influence into political decisions that affect them.

The report concludes by saying such concentration not only has a negative effect on local economies, but makes food supply chains more vulnerable, impedes efforts to adapt to climate change, and even negatively affects Canadian culture.

The report says that without some policies to counter market forces behind land concentration, up to half the remaining farms could be gone within another generation or two.