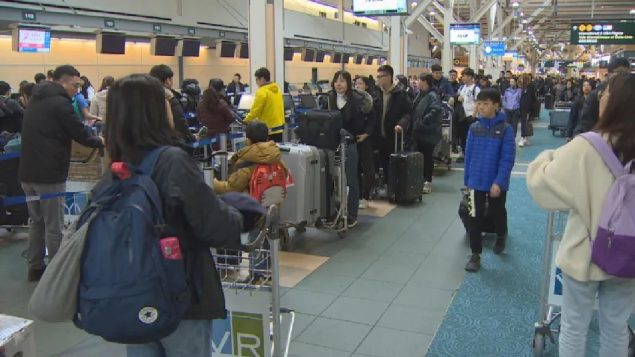 Typical holiday season travel at Vancouver International Airport. This year with COVID, a majority of Canadians say their travel and plans for holiday gathering have changed (Tristan Le Rudulier-CBC)

Will COVID-19 change travel plans for the holidays

The numbers resulted in great concern from medical officials who now suspect a further increase and spread in virus infections in the U.S. as a result.

With the end of year religious holiday season now fast approaching many are thinking once again about travel plans, or even plans for gathering to celebrate with family and friends during this period when case numbers in Canada are on the increase.

The latest survey by the Leger 360 polling firm for the Association for Canadian Studies found that a clear majority of  Canadians have changed their plans for the holiday season. In fact a quarter of respondents indicated they simply would not participate in holiday activities at all. 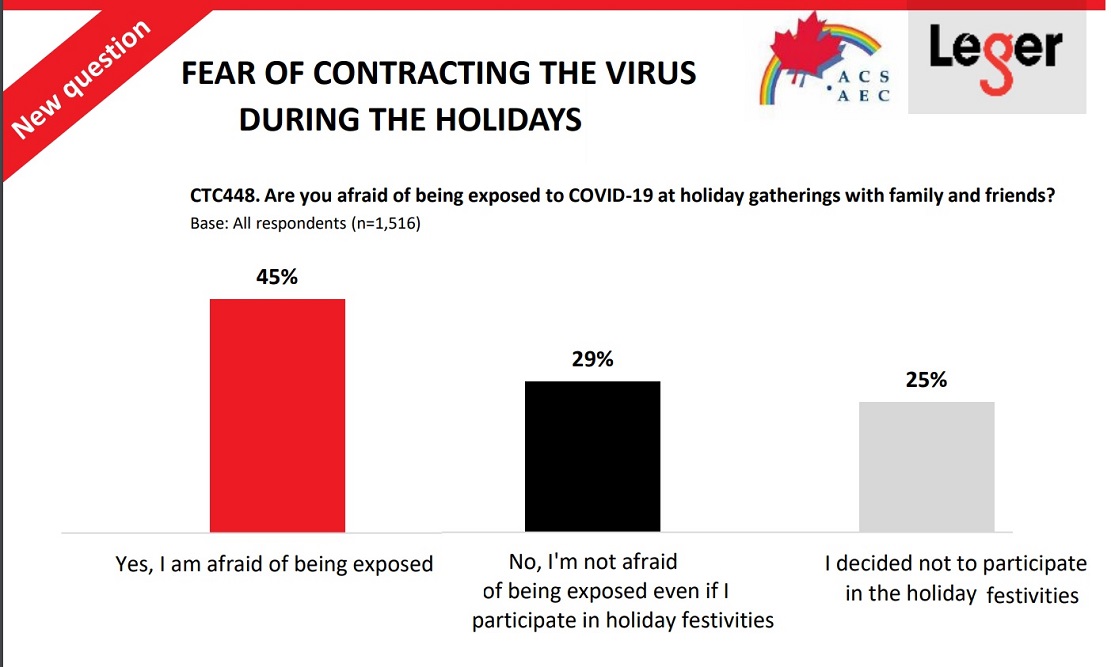 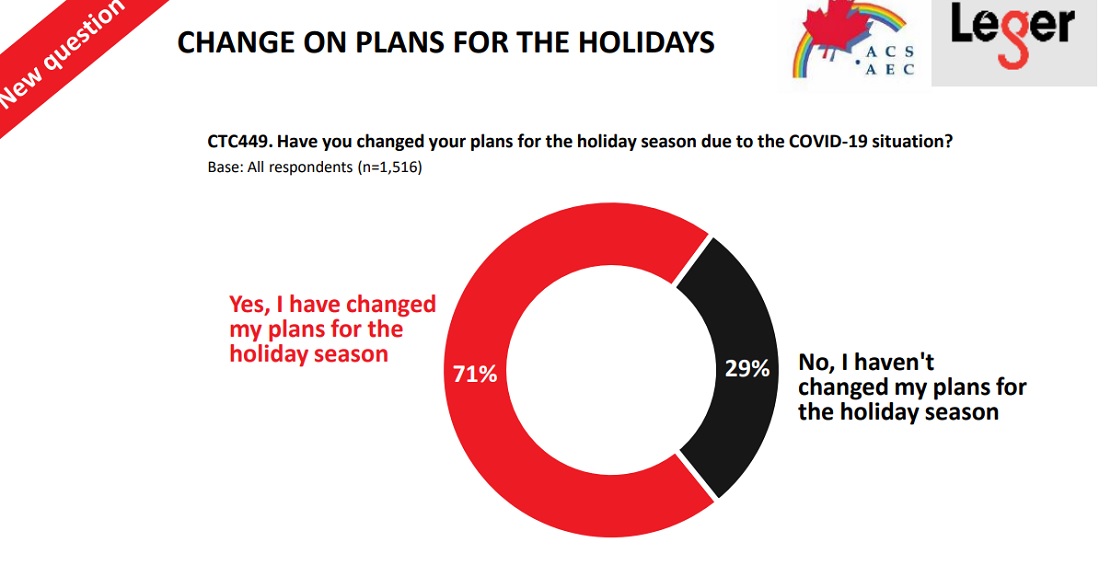 A clear majority (60%) of Canadians also say there should be a total ban on all holiday gatherings other than immediate family. This is much different again from the U.S. where the number supporting such a move is much lower (42%).

Much of the future depends on a vaccine being approved and made available. This may happen within weeks in the U.S. and there has been concern expressed that Canadians, in spite of huge contracts for vaccine, will have to wait until distribution has begun in other countries where the vaccine is actually produced. 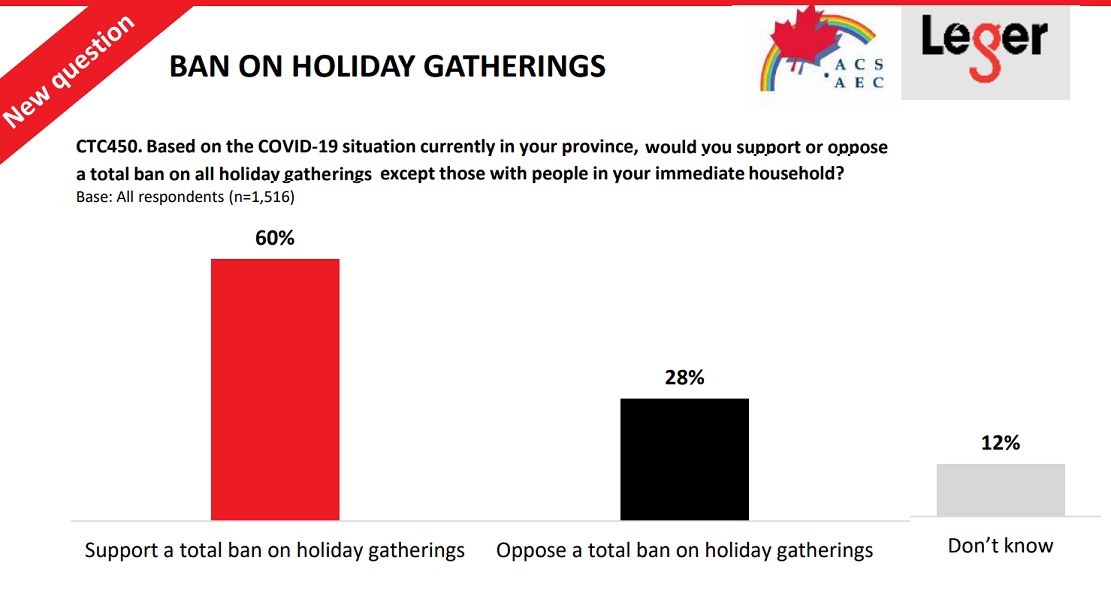 While this has become an issue in Parliament, apparently Canadians are not as concerned as politicians.

The survey shows 37 per cent are ‘very concerned’ that Canada is not at the head of the line, 48 per cent responded that they’re not that concerned about it. Some 10% said they wouldn’t take the vaccine. However, another more direct question on vaccination showed a higher number (17%) who said they wouldn’t be vaccinated, with a similar percentage (18%) saying they weren’t sure.  Still another question on the subject resulted in the response of 11 per cent saying no to vaccination. 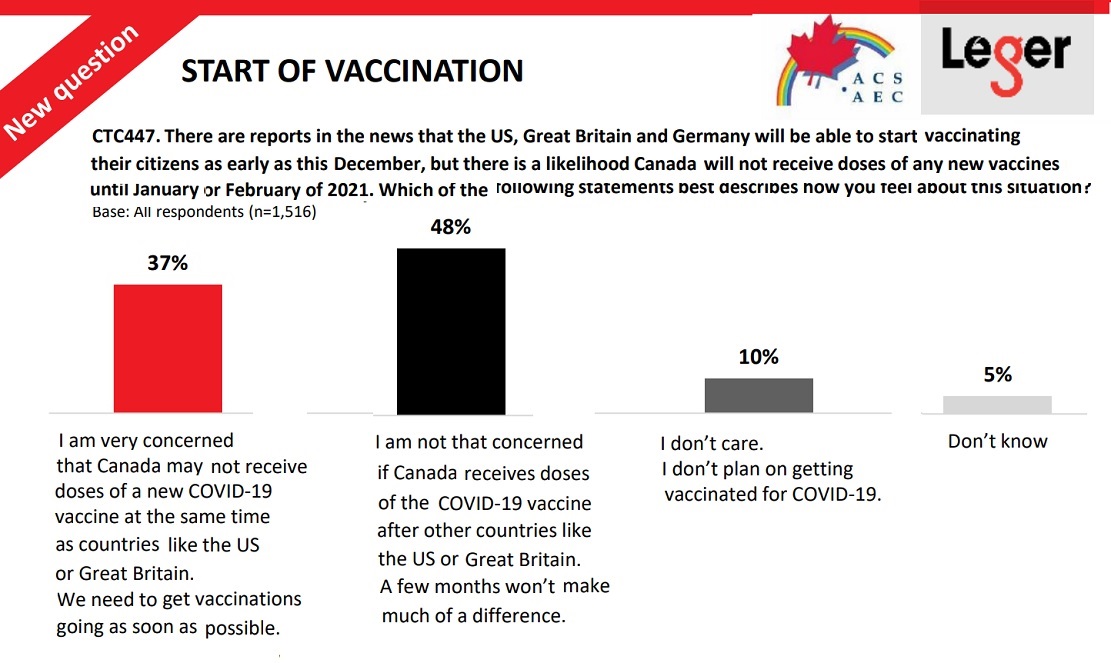 Resistance in the U.S was higher with 32% saying they wouldn’t be vaccinated. The belief that vaccines are dangerous is also higher in the U.S than in Canada (21% vs 9%)

As for the current ‘safety’ measures of face masks, distancing, disinfectants for hands at store entrances, etc. a majority of Canadians (63%) believe these measures will continue even after a vaccine becomes available.