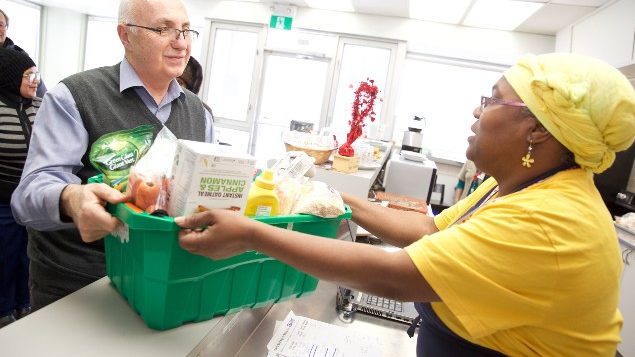 Before the pandemic there were already 1.1 million visits to food banks in Canada every month. (Food Banks Canada)

During the first wave of the pandemic, the Canadian government set up programs to give money to people who had lost their jobs. A survey of almost 1,000 food banks across the country found these supports helped flatten the curve of food bank use, although many people still fell through the cracks and needed the service.

Many government supports will soon wind down and the food banks are concerned there will be a resulting surge in the number of people accessing them.

Before the pandemic there were already 1.1 million visit to food banks in Canada every month and many banks said they were operating at the limits of their capacity.

“Despite new social policy initiatives, many food banks were left struggling with increased client need, especially in larger urban centres, at the same time as having to adapt operations to comply with fast-changing regulations,” explained Kirstin Beardsley, Chief Network Services Officer at Food Banks Canada in a statement. “Our biggest concern now is what will happen as we see more job losses in at-risk industries. These cities could be facing a ticking time bomb.” 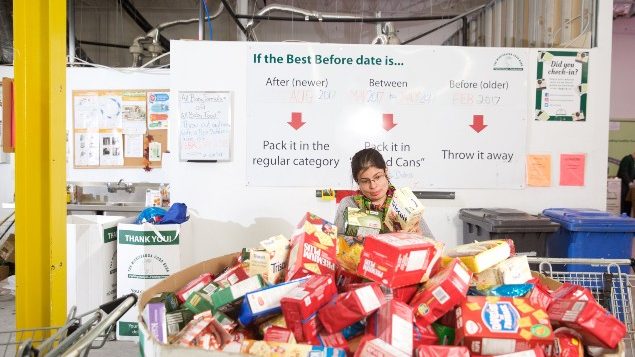 Some food banks had to work with way fewer than the usual volunteers. (Food Banks Canada)

The greatest demand for help getting food during the pandemic occurred in places where a large number of people worked in hard hit industries such as tourism, transportation and hospitality. The report by Food Banks Canada found that 87 per cent of food banks that had increased demand attributed it to job losses due to the pandemic.

Certain demographic groups were particularly hard hit. The use of food banks by single person households increased by 36 per cent from February to June of 2020. If people do not get their jobs back they can fall back on social assistance provided by provincial governments, but Food Banks Canada says the rates paid “already fall well below Canada’s official poverty line.” f (There is some debate as to where the poverty line should be set in Canada.) It is calling for permanent income supports and other social policies to help Canadian “make ends meet.”

In fact, Food Banks Canada would like governments to fund and develop pilot projects on guaranteed minimum incomes. It also points out that the high cost of housing is one of the main reasons people need to use food banks. Before the start of the pandemic, the lowest income group was paying well over 50 per cent of its income for rent and utilities leaving little else for food and putting them at risk of becoming homeless. The pandemic only made matters worse for renters who lost their jobs. Food Banks Canada is calling for the establishment of a national rent support program. 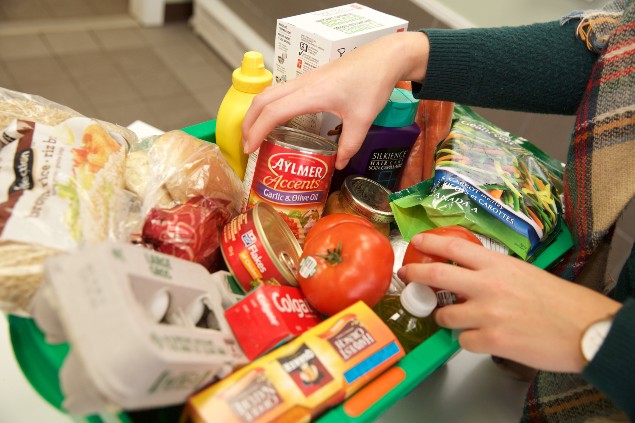 During the pandemic, food donations dropped by almost half in some markets. (Food Banks Canada)

A call for early learning and child care system

The report notes that in the first six months of the pandemic, women’s participation in the workforce fell to 55 per cent. Many women had to stay home with their children as schools closed. Food Banks Canada wants the Canadian government to develop a national early learning and childcare system.

Food banks across the country had to take many steps to adapt to the pandemic. Many had to modify operations to meet social distancing needs. Many had a drastic reduction in volunteers and staff an saw food donations drop by nearly half in some markets.

Among the changes they made; nearly 70 per cent initiated home delivery service, they expanded services to reach more people in need and they formed new partnerships to prepare for the rise in demand.