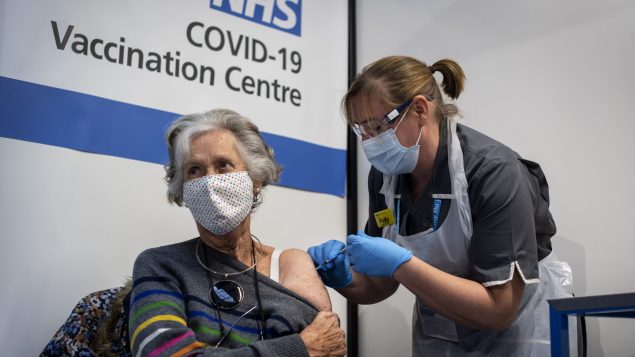 Dr. Doreen Brown, 85, receives the first of two Pfizer/BioNTech COVID-19 vaccine jabs administered at Guy's Hospital in London on Tuesday, the first day of innoculations in the U.K. (Victoria Jones/Pool via AP)

Now that a vaccine has begun to be distributed, and first vaccinations are expected to begin as early as today, or tomorrow here in Canada, the latest survey shows a change in attitude.

Previous national surveys of Canadian attitudes towards taking the COVID-19 vaccine have shown a certain degree of reluctance in a portion of the population.  There have been those who responded they will not take the vaccine at all, and another segment who say they will wait and see if there are adverse affects before they will get vaccinated.

The non-profit Angus Reid Institute latest survey shows that while those who have said they will not get the vaccine has remained fairly stable at around 14 per cent, the number who indicate they will get the vaccine as soon as its available, has climbed to 48 per cent,  Those aged 65 and older had the highest percentage of willingness at 61 per cent. The percentages have increased noticeably compared to just one month ago.

As for those who won’t get vaccinated, (about 14%), the main response by far was over concerns of long-term side effects that are unknown at this point.  The next reason was lack of trust as the vaccine had been rushed, followed by concern over short-term side effects such as getting sick, not feeling well. A third reason was      a lack of trust in politicians and health officials who say it’s safe. A much smaller percentage said they didn’t think COVID-19 was a serious disease.

The very thorny question of making the vaccine mandatory was also asked and a clear majority Canadians said it would be good if it were mandatory for the so-called ‘front line’ health and long-term care workers. 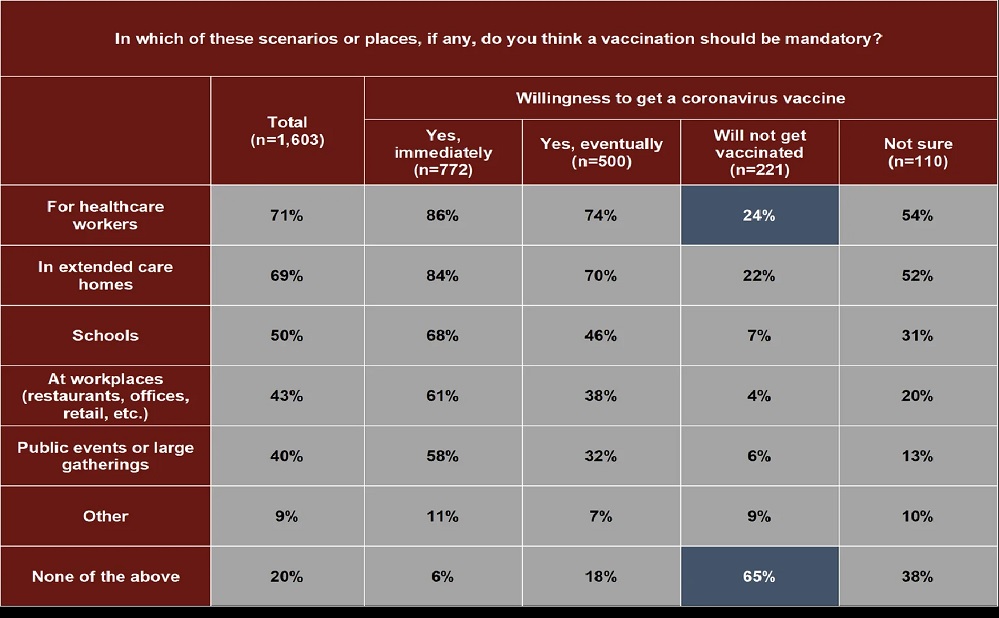 Concern about family and friends getting COVID-19  has increased even as news about the vaccine’s coming availability was being heard. 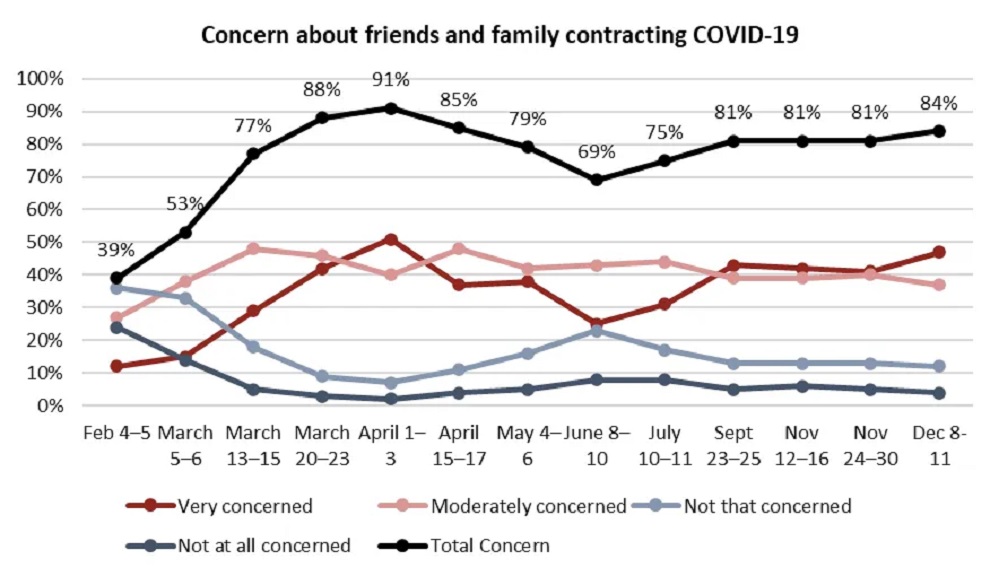 As for the various lockdowns and other restrictions more Canadians seem to the think that the restrictions don’t go far enough in trying to stem the spread of the virus, in fact almost twice as many as those who think restrictions go too far. 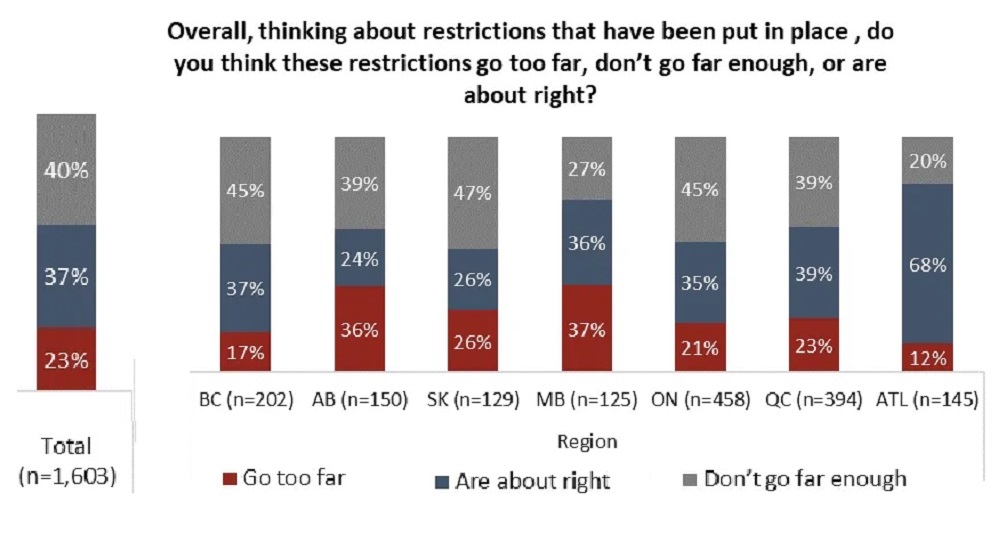