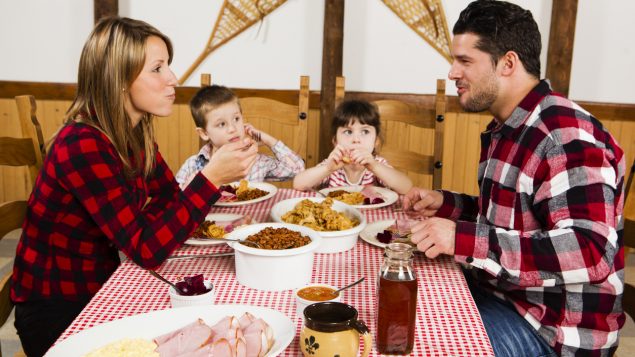 A family dining at a sugar shack in Quebec is a sight not seen in 2020, the year of the COVID-19 pandemic. (iStock)

One half of the establishments in the province of Quebec that serve traditional maple syrup meals have had to close their dining rooms because of restrictions due to the COVID-19 pandemic. There are many operators who tap maple trees to collect the sap in the spring and boil it down to make maple syrup. About 200 of these so-called sugar shacks had dining rooms which served foods like pancakes, thick-cut bacon called Christ’s Ears, baked beans and maple sugar pies. Many operators also pickled and preserved vegetables, and made relish using traditional recipes.

It was a tradition for families and friends to make an outing to a sugar shack,  have a meal, maybe go for a horse-drawn sleigh ride and then try a candy made by pouring hot syrup on snow. 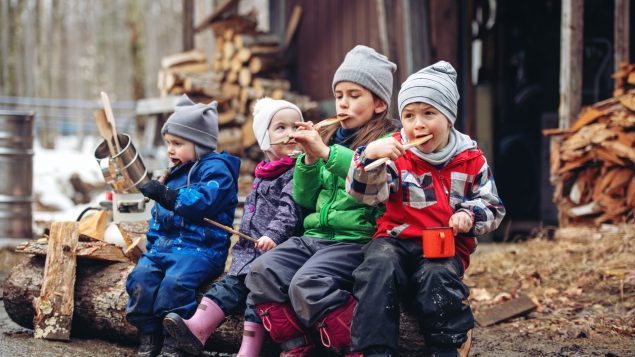 It is traditional, for parents to take their children to sugar shacks to have a meal and try candy made from maple syrup on snow. (iStock)

The dining operations were closed by government authorities at the height of the maple syrup season in March 2020 as part of the first shutdowns imposed to stop the spread of this coronavirus. Since then, they have not been allowed to open for other off-season events that used to earn extra revenue such as weddings, office and Christmas parties. 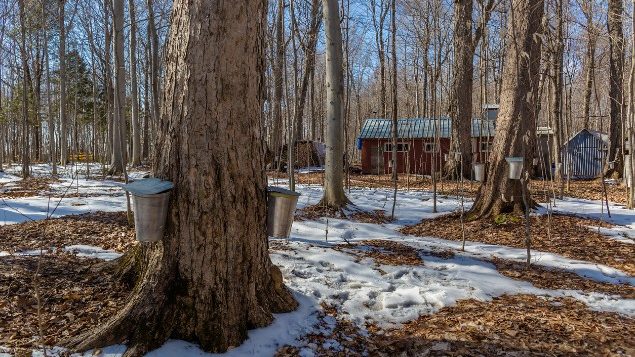 Some operators have shut their dining rooms and will only collect the sap to make and sell maple syrup. (iStock)

Three-quarters of operations not expected to survive

One quarter of the sugar shacks have gone out of business and another quarter have switched over to exclusively making and selling maple syrup. Dan Laurin’s family has owned it’s Chalet des Erables in Ste-Anne-des-Plaines for 75 years. He has had to sell his house and his car to keep the business afloat. “I worked hard for 25 years. In March, my wife and I were crying,” said Laurin, becoming emotional in an interview on the public broadcaster, CBC’s Montreal radio station.

He said he has no revenue and his municipal taxes alone cost $70,000 a year. The chances of his business being allowed to reopen this March are bleak. He has had no relief from municipal officials, so is looking at a debt of $140,000 plus other expenses like electricity and insurance.

There was some relief from the federal government which subsidized employee wages, but Laurin has had to lay off his employees so the program is no longer useful to him. The provincial government has offered loans. He says he spent $20,000 to have an accountant fill in the applications but he has not yet seen any money come in yet. He says what operators really need is grants. He thinks he personally, will be able to hold out until pandemic restrictions are eased, but he expects three-quarters of the sugar shacks with dining rooms in Quebec will go out of business before the pandemic is over.