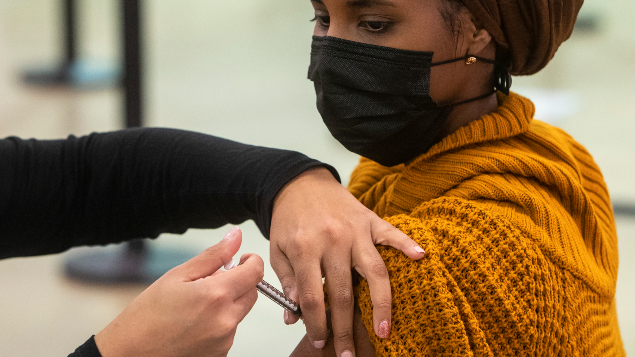 Eighty per cent of survey respondents said they would get the COVID-19 vaccine if offered the chance even though many have concerns about it. (Jason Franson/The Canadian Press)

Despite their concerns, most Canadians would get a COVID-19 vaccine

Eight in 10 Canadians would get the COVID-19 shot in the next three months if they were eligible for it, according to a survey conducted just as the first vaccines were rolled out in Canada. Only 53 per cent of respondents said they felt it was totally safe to get inoculated. Yet 94 per cent said it was  their “civic duty as Canadians to flatten the COVID-19 curve.”

Innoculation is a provincial, territorial responsibility 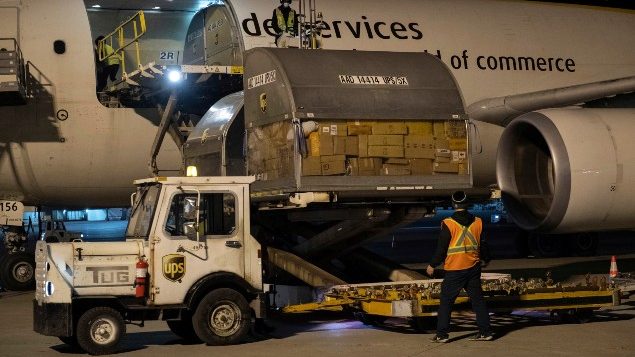 As the first shipments of COVID-19 vaccines arrived in Canada in mid-December, Canadians expressed concern that inoculations be properly tracked. (Cpl. Matthew Tower/Canada’s Department of National Defence via AP)

This survey found respondents to be concerned that tracking systems may be inadequate between various levels in the health care system and that could lead to an over- or under-supply and uncertainty as to who has been vaccinated.

It found that 96 per cent would like reassurance that approval of a vaccine is based purely on health factors and the same number seeks full transparency on all aspects of the vaccine program. Slightly more want a “clear assurance” that whoever administers the shot has properly recorded, tracked and reported potential side effects to public health officials. Eighty-five per cent support a national vaccine tracking system.Nearly two-thirds think the military must be involved for there to be an effective and efficient rollout of the program.

“There is light in this very dark tunnel. But, Canada is at a critical juncture,” concluded Karina Guy, a partner and KPMG’s digital health leader in western Canada. “For so many Canadians, the last 10 months have been difficult with lives taken and livelihoods lost. Now, Canada has an opportunity to build hope and momentum, supported by transparency and trust.”