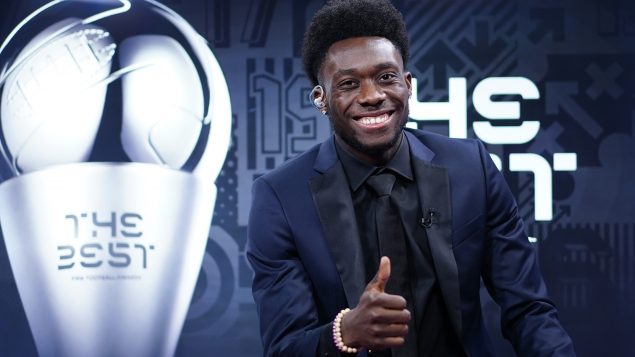 Edmonton's Alphonso Davies of FC Bayern Munich gives a thumb-up during the live stream of the FIFA The BEST Awards ceremony on December 17 in Munich, Germany. On Tuesday, he was named the winner of the Lionel Conacher Award as The Canadian Press male athlete of the year. (THE CANADIAN PRESS/HO-FC Bayern München-Marco Donato)

On Monday, Christine Sinclair, who is now the all-time leading goal scorer in international competitions–male of female–won the Bobbie Rosenfeld Award as female athlete of the year. 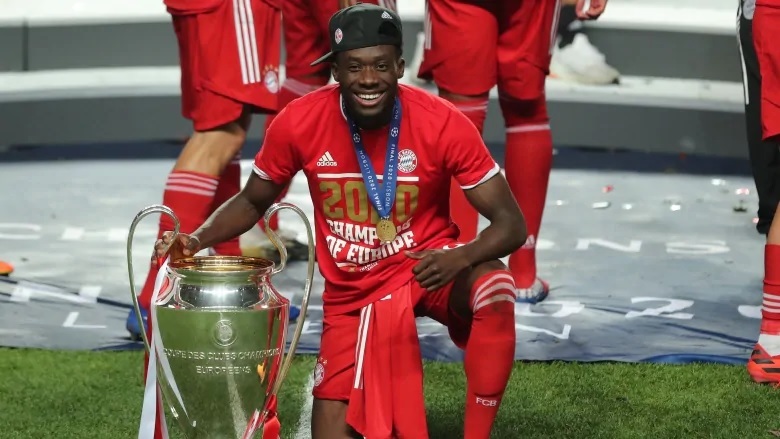 Alphonso Davies celebrates with the trophy after helping Bayern Munich defeat Paris Saint-Germain in the UEFA Champions League final on Aug. 23. Davies was the first male Canadian international to win that championship. (Getty Images/Miguel A. Lopes)

Davies became something of an international sensation in August when he helped Bayern Munich win the UEFA Champions League trophy–becoming the first male Canadian international to win that championship.

In all, he helped Bayern win five championships, including the Bundesliga championship, the DFB Cup and UEFA Super Cup.

Earlier this month, he won his second Canadian Men’s Player of the Year award in three years.

The 20-year-old Davies, who was born in a refugee camp in Ghana and moved to Canada at the age of five with his parents and now lives in Edmonton, received 35 of 67 votes by sports editors, writers, broadcasters across the country. 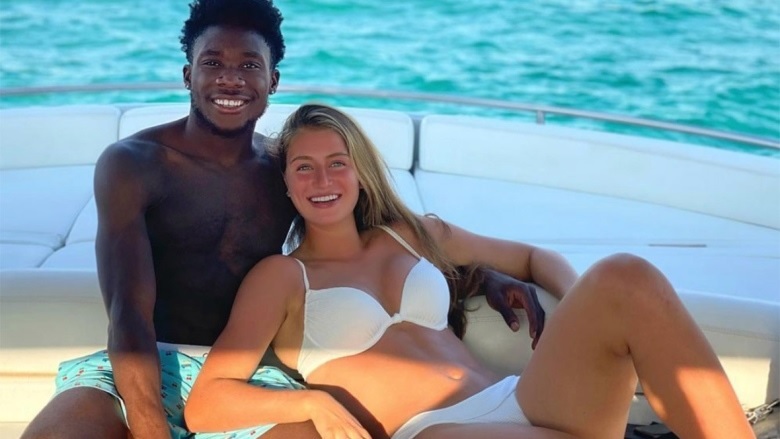 Alphonso Davies and Jordyn Huitema pose in an image posted to the Huitema’s Instagram account on Aug. 29, with the caption “baecation.” The photo prompted a racist backlash, prompting Canadians to rally to the couple’s side.(@jordynhitema/Instagram)

Duvernay-Tardif, who is a physician, played for the Super Bowl champion Kansas City Chiefs, becoming the 12th Canadian to win a Super Bowl.

In July, he opted out of the 2020 NFL season after working at a long-term term care home in his native Quebec.

Less than a week later, Canada Soccer officials rallied behind him and Jordyn Huitema, a member of Canada Soccer’s Women’s National Team, after they became the subjects of racist remarks on social media when a photo of them vacationing in Spain in August was published.

With files from The Canadian Press, CBC News, RCI,