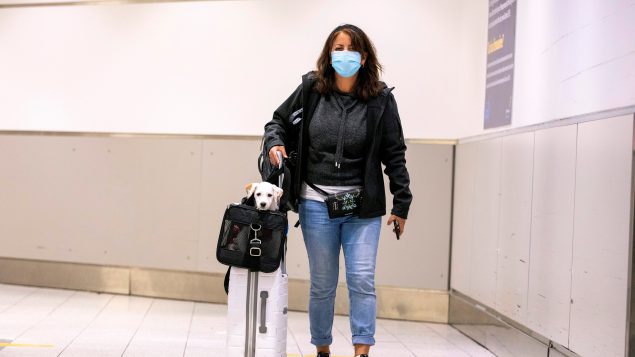 A woman carries her dog as she walks through Terminal 3 at Toronto's Pearson International Airport on Dec. 30. A new survey suggests nearly half of Canadians visited with family or friends over the winter holiday period, despite pleas from politicians and public health officials to limit socializing. (REUTERS/Carlos Osorio)

Despite pleas from public health officials and politicians to limit their socializing over the winter holidays as part of the battle against COVID-19, a new poll suggests that a good number of Canadians–nearly half–decided to ignore the advice.

The Léger and the Association for Canadian Studies survey poll found 48 per cent of those surveyed visited with people outside their home, compared to 50 per cent who did not. 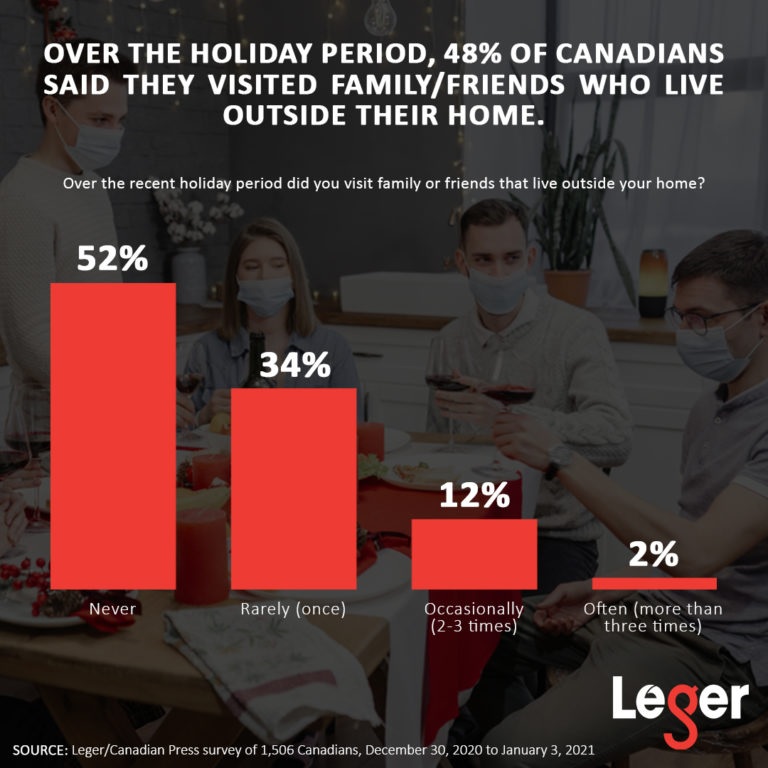 The online poll—conducted from December 30 to January 3–also found that overall satisfaction with federal government measures to fight the pandemic has fallen to its lowest point (62%) since March.

The poll, however, did supply a smidgen of good news for health professionals who are urging Canadians to get their anti-COVID vaccinations–as 71 per cent of the respondents said they plan to get vaccinated, an increase of five per cent from mid-December.

As well, 87 per cent said they would support a total ban on international travel until there are several consecutive days of reduced numbers of COVID-19 cases.

Changes coming to federal sick leave program: Trudeau
Prime Minister Justin Trudeau said today he shares the frustrations of Canadians about those who’ve chosen to travel abroad over the holiday season and said changes are coming to a new federal benefit that was intended to provide paid sick leave to those forced into quarantine due to COVID-19 exposure. Concerns have emerged, however, that the payment of up to $1,000 is being claimed by people who are quarantining because they travelled outside the country. Trudeau said the government never imagined or intended the benefit to be used for that purpose and stressed that nobody ought to be travelling for non-essential reasons. (The Canadian Press)

The poll comes as the pandemic shows no signs of abating after passing 600,000 cases over the weekend.

As of Tuesday morning, 611,424 COVID-19 cases and 16,074 deaths have been confirmed in Canada since the first case was reported in January.

And the numbers continue to climb.

Ontario Premier Doug Ford and Deputy Premier of Ontario and Minister of Health Christine Elliott clap after a healthcare worker administered the second dose of the Pfizer-BioNTech COVID-19 vaccine to personal support worker Anita Quidangen, who is the first person in Ontario to receive both doses, at The Michener Institute, in Toronto on Monday. (REUTERS/Carlos Osorio)

There are currently nearly 26,000 active cases of the illness in the country’s most populous province

The seven-day average of new daily cases has now surpassed 3,000 for the first time.

In neighbouring Quebec, Radio Canada reported Tuesday that Premier François Legault had not yet decided whether to follow the advice of Quebec health officials who want the province to impose a curfew as COVID-19 cases rise. 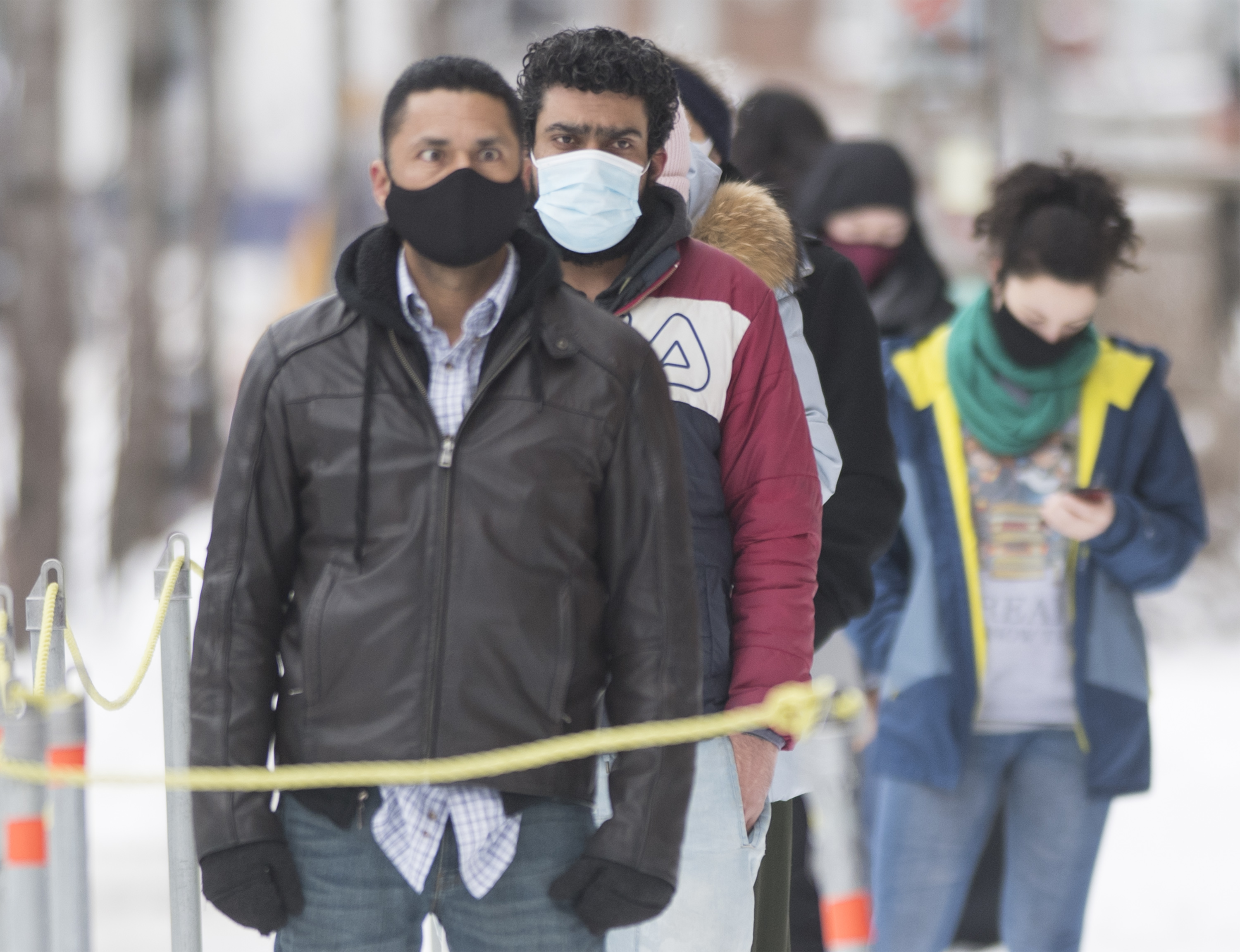 People wear face masks as they wait to be tested for COVID-19 at a clinic in Montreal on Sunday. (THE CANADIAN PRESS/Graham Hughes)

The report came as Quebec reported over 2,500 new cases and 32 more deaths–bringing the number of persons who have died in the province from COVID-19 to 8,379.

The province has now registered at least 2,800 COVID-19 cases in a single day three times since last Wednesday.

In a bit of good news, Yukon began its immunization program at a long-term care facility in Whitehorse on Monday.

Agnes Mills, 83, and Mary Merchant, 103, were the first of about 50 residents and staff to receive their shots at the facility, Whistle Bend Place.

Yukon officials say they expect to get enough doses to immunize about 75 per cent of the territory’s population by the end of March.