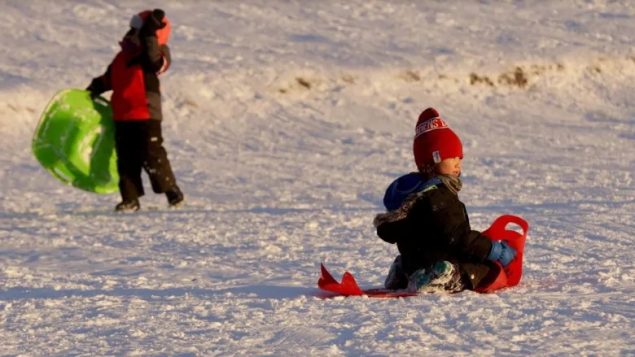 Children toboggan on the crowded slopes of Westboro Beach in Ottawa on Saturday--a long-time winter activity in Canada that--somehow, at least as of now--hasn't been lost to COVID-19. (CBC/Andrew Lee)

COVID-19 continues to batter Canada as the virus’s infection rate shows no signs of abating.

It showed that just over two weeks after passing 500,000 cases, the country–with a population of approximately 38 million people–has now passed 600,000 infections.

Canada did not reach its first 100,000 cases until mid-June, three months after it recorded its first Covid-19 case. 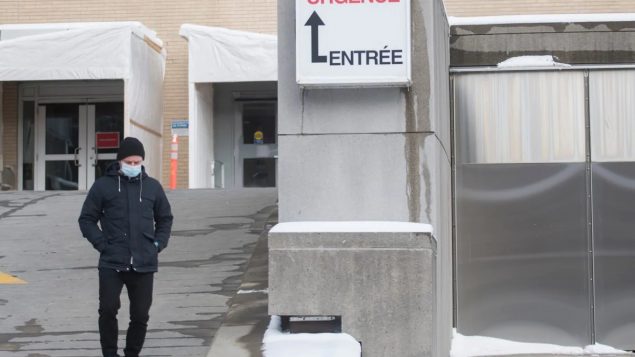 A person wearing a face mask leaves the emergency department of a hospital in Montreal on Saturday. There has been no letup in the virus’s relentless attack. (THE CANADIAN PRESS/Graham Hughes)

The new numbers show that 15,865 people have now died as a result of the virus, which appears to be gaining in numbers as the country attempts to move its vaccination campaign into full swing.

On Saturday, Ontario reported a two-day total of 5,839 new cases of COVID-19 and 95 additional deaths.

There were 2,476 cases on Friday and 3,363 cases on Saturday–a new record number topping the previous  high–last Thursday–when 3,328 cases were reported.

For comparison, 337 cases were reported in October and 649 in November. 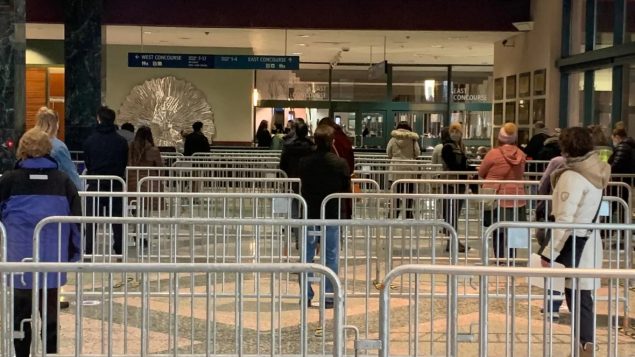 Health care workers lined up to get their COVID-19 vaccine at the RBC Convention Centre in Winnipeg on Monday. More than 4,100 of the workers already have appointments to receive their first dose this week. (CBC/Walther Bernal)

Along with the escalating numbers, there was some good news in Manitoba and some even better news from Canada’s north.

On Monday, a so-called “super site” to administer COVID-19 vaccinations opened in Winnipeg.

As of Sunday night, more than 4,100 health-care workers had appointments to receive their first dose of the vaccine this week, while 2,000 remained available.

Meawhile, in Nunavut, which has seen one virus-related death during the pandemic, officials reported Sunday that the territory has no known cases;

All 265 residents who had previously tested positive are now recovered.

And in Yukon, where one death has been reported since the pandemic began, vaccinations were scheduled to begin on Monday.