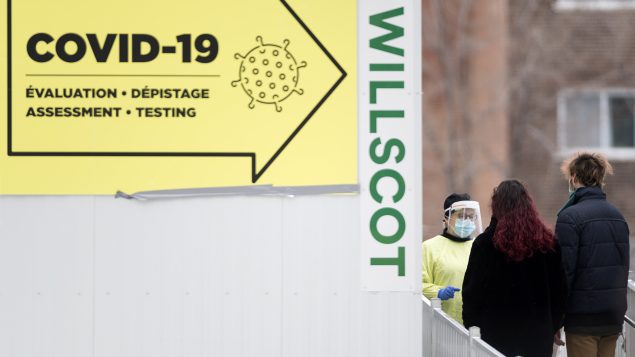 A health-care worker talks with people as they wait outside a COVID-19 testing clinic in Montreal last Sunday as the pandemic continues in Canada and around the world. (THE CANADIAN PRESS/Graham Hughes)

Looking ahead, Trudeau delivers some numbers on Canada’s vaccine rollout

“We agreed that it is vital that we work together as Team Canada to get vaccines delivered, distributed and administered as quickly and efficiently as possible,” the prime minister told a press briefing in Ottawa. 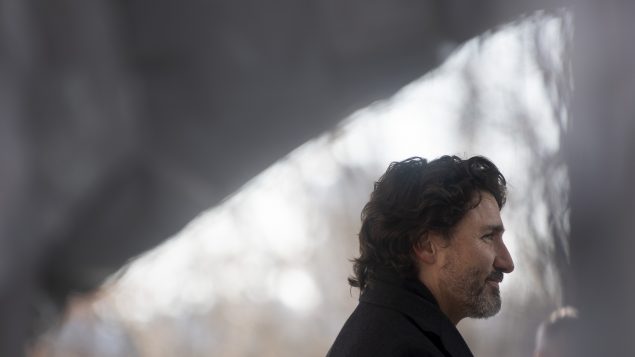 Prime Minister Justin Trudeau is pictured at his news conference in Ottawa on Friday when he provided an update on the rollout of vaccines in Canada and had some sharp words for U.S. President Donald Trump. (THE CANADIAN PRESS/Adrian Wyld)

Trudeau said over 124,000 doses of the Pfizer-BioNTech vaccine were delivered to 68 sites across the country this week, adding that 208,000 more will be delivered weekly through the end of January.

And, he said, more than 171,000 Moderna vaccine doses are to be delivered to provinces and territories by the end of next week and that Ottawa is on track to deliver about 1.3 million doses of both vaccines by the end this month.

Quantities, he said, will increase in February.

Trudeau told the briefing that those in charge of the vaccine program are confident that every Canadian who wants a dose will be able to get one by September.

“That will be significant in terms of getting through this pandemic and making sure that next winter looks very different from this one,” he said.

TRUMP INCITED ASSAULT--TRUDEAU
Canadian Prime Minister Justin Trudeau says President Donald Trump incited an assault on democracy by violent rioters. Friday’s comments were a rare direct criticism of Trump by him. Trudeau has been careful not to criticize Trump over the last four years as 75 per cent of Canada’s exports go to America, but Trudeau says Trump and other politicians are to blame and says what Canadians witnessed was “shocking, deeply disturbing, and frankly saddening.” He says Canadians expect “debate that is grounded in shared acceptance of the facts.” (Rob Gillies/The Associated Press)

Canada has secured more than 400 million vaccine doses from multiple manufacturers, including 60 million from Pfizer-BioNTech and Moderna–the only two vaccines that have been approved by Health Canada.

But the rollout has not gone as quickly as many had hoped.

As of Wednesday, according to a tally by a group of academics and data analysts, Canada had received nearly 425,000 doses of the vaccines, but fewer than 195,000 Canadians had received shots.

Trudeau’s briefing came as The Wall Street Journal reported today that–as of Wednesday–just over 0.5 per cent of Canada’s populaton of just under 38 million people had been vaccinated.

By comparison, the WSJ reported, the U.S. had vaccinated 1.6 per cent of its population, and Israel had inoculated more than 18 per cent, according to Our World in Data.

(UPDATE: Jan 10, 2021, 3 p.m. EST–Data published Friday showed the federal government had delivered 548,950 doses of the two-dose Pfizer-BioNTech and Modernaa vaccines. Figures released Saturday by the University of Oxford-based Our World in Data showed that, of those, 296,241 doses had been administered–with 0.78 per cent of the population having received at least one shot.)

A BIT OF GOOD NEWS
Health Canada has no reports of unexpected side-effects from patients vaccinated against COVID-19 thus far. “There haven’t been any serious adverse events, or even the mild and moderate adverse events, that have been out of line or different than what we’ve seen in the clinical trials,” Dr. Supriya Sharma said in an interview with The Canadian Press Friday. Sharma, Health Canada’s chief medical adviser, is overseeing the vaccine review process. She said experts look for two things when reviewing data after vaccines are given. The first is whether anything happens that was not observed during the clinical trials, and the second is whether the side-effects that were documented during the trials are more severe or greater in number than what the trials saw. The answer to both questions in Canada so far is no, said Sharma. “It seems that the clinical trials are pretty representative,” she said. (Mia Rabson/The Canadian Press)

Meanwhile, the number of COVID cases continued to grow.

On Friday, Ontario reported a record 4,249 new cases of the virus, including 26 deaths bringing the total to 4,882 in the province–though the the provincial health ministy said in a statement that approximately 450 of the cases were from previous days, saying the deaths were reported Friday because of a “data upload delay” in Toronto.

The Ontario update came a day after parents and students in the country’s most populous province were told that elementary students in southern Ontario will continue learning at home for at least another two weeks. 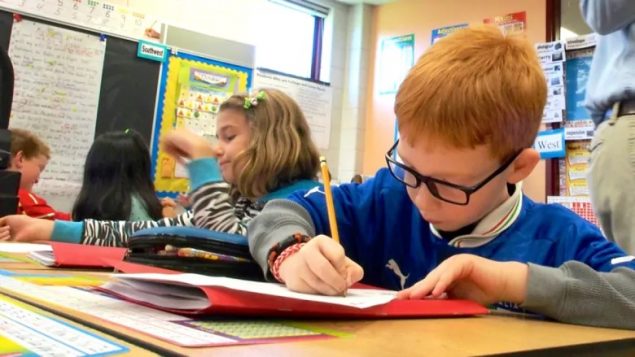 Ontario is currently under a shutdown that went into effect the day after Christmas and Premier Doug Ford said Friday further restrictions are on the way.

“We’re in a desperate situation, and when you see the modelling, you’ll fall out of your chair,” Ford said.

“There will be further measures, because this is getting out of control.”

In neighbouring Quebec, which earlier this week became the first province to impose a curfew, Education MinisterJean-François Roberge announced a series of measures, including the cancellation of provincial exams, in a bid to hold the line against the virus. 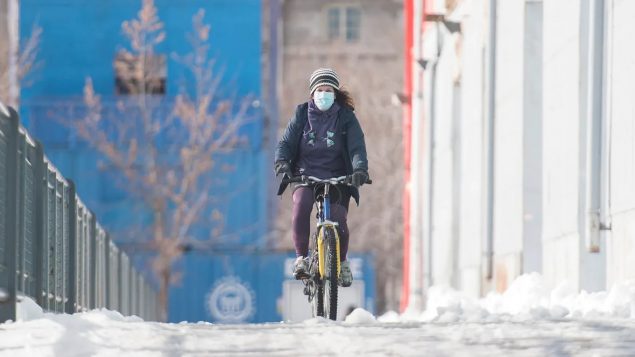 The curfew in Quebec is set to last four weeks, until Feb. 8. All non-essential workplaces and businesses, including gyms and restaurants, will be closed. (THE CANADIAN PRESS/Graham Hughes)

Elementary schools in the province are scheduled to reopen Monday and secondary schools on Jan. 18.

The province reported 2,588 new cases and 45 more deaths on Friday.

The deaths brought to 8,606 the number of persons who have died from the virus since the pandemic began in Canada last March.