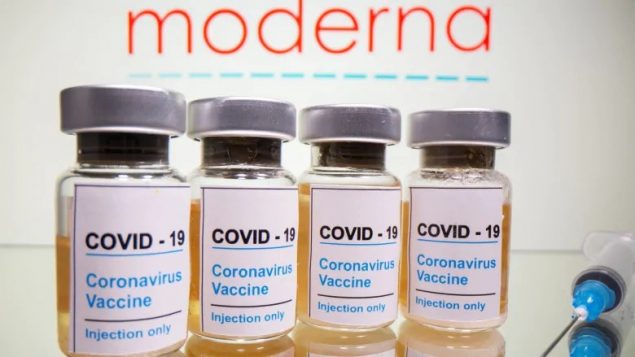 Many in Canada, including the prime minister are frustrated with the pace of the country's vaccine roll out. First ministers were set to discuss ways of increasing the pace today. (REUTERS/Dado Ruvic)

Prime Minister Justin Trudeau and his provincial and territorial counterparts were set to meet virtually today.

They are expected to focus on how Canada can pick up the pace of its COVID-19 vaccination campaign–a campaign that Trudeau said in December would be the largest mass vaccination operation in Canadian history.

The meeting comes as the virus continues its relentless assault on the country: 8,153 new cases and 136 deaths were reported on Wednesday.

Meanwhile, the vaccine rollout is not going as quickly as hoped.

As of Wednesday, according to a tally by a group of academics and data analysts, Canada had received nearly 425,000 doses of the vaccines, but fewer than 195,000 Canadians had received shots.

Canada has secured more than 400 million vaccine doses from multiple manufacturers, including 60 million from Pfizer-BioNTech and Moderna–the only two vaccines that have been approved by Health Canada.

Shortly after the vaccination campaign began in mid-December, Trudeau said he expected the country to receive 1.2 million doses from Pfizer and Moderna by Jan. 31–a figure confirmed this week by Maj.-Gen. Dany Fortin, the military commander leading vaccine logistics.

In his first news conference of the year, on Tuesday, Trudeau said he shared the frustrations of Canadians who think the vaccinations should be going faster.

“It just seems to be chaos right now,” said Alyson Kelvin, an assistant professor at Dalhousie University and a virologist at the Canadian Centre for Vaccinology evaluating Canadian vaccines with the VIDO-InterVac lab in Saskatoon, told the CBC’s Adam Miller.

“We know who is a vulnerable population, so we need a strategy of actually vaccinating them.”

The first ministers meeting comes a day after Quebec became the first province in Canada to impose curfew and Ottawa announced that hundreds of federal inmates will begin to receive COVID-19 vaccines on Friday as part of a pilot project–a program that has sparked criticism from the Conservative Party but will likely satisfy advocates who said in December prisoners should not be left out the vaccination campaign.

As well, Ontario launched a new COVID-19 testing program on Wednesday at Toronto’s Pearson International Airport for international travellers to quickly identify and stop the spread of the virus.

The province, which is currently under a shutdown that went into effect the day after Christmas, reported 89 additional deaths.

When asked on Wednesday whether further restrictions are needed, Premier Doug Ford said officials will be making a decision “over the next few days.”

Ford was expected to announce later Thursday about whether schools will reopen for many students next week. 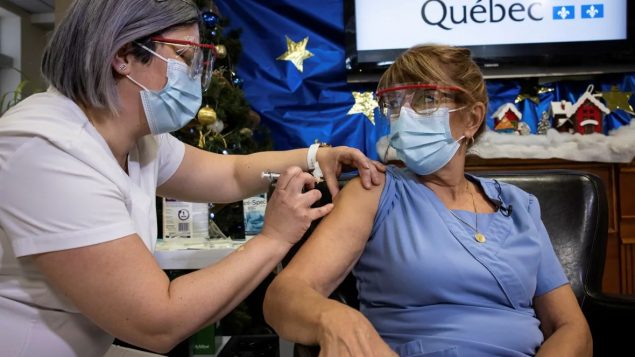 Danielle Marceau, a health worker at a long-term care home in Quebec is injected with the Pfizer-BioNTech COVID-19 vaccine in Quebec City on Dec. 14. So far, the roll out of COVID-19 vaccines has not gone at the pace politicians and public health officials had hoped for. (Pat Lachance/Quebec Ministry of Health and Social Services via Reuters)

In a bit of good news,

They are expected to give their shots by the end of February.

A second priority group that includes military members who are helping to distribute COVID-19 vaccine doses across Canada, will be vaccinated between April and July.

Bilodeau said members working in essential services and operations are set will receive their doses between April and December, while members working in training and education facilities, along with the rest of the Forces, will be vaccinated starting in July.