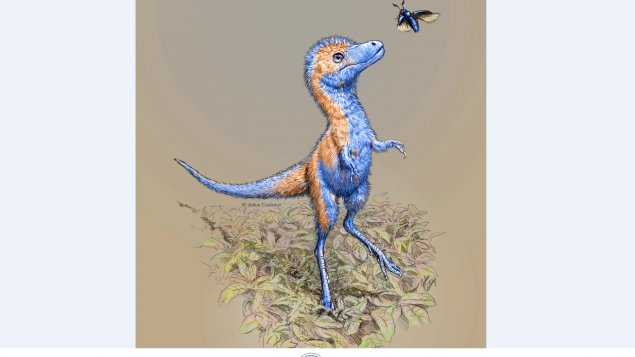 Understanding the early development of tyrannosaurs is enhanced by the embryo fossils found in Canada’s western province of Alberta and the U.S. state of Montana. (illustration by Julius Csotonyi)

For the first time, paleontologists have found embryo fossils of the tyrannosaur dinosaur, one in Canada’s western province of Alberta and the other in the U.S. state of Montana. Fossils of young tyrannosaur have been found before, but in 150 years of searching the youngest were three to four years old. The embryo fossils are said to shed “new light on how the dinosaurs grew from tiny to titanic size.”

“The discovery of embryonic material is a huge find in our efforts to understand how some of the most popular and charismatic dinosaurs began their life, and grew to immense sizes,” said  Mark Powers, second author on the study and PhD student at the University of Alberta. “It provides a much-needed—and until now, missing—data point depicting the starting point for tyrannosaur growth.”

The diagram compares the size of an adult Albertosaurus to that of paleontologist Greg Funston and the two dinosaur embryos that were found.(Illustration courtesy Greg Funston)

Powers said there were two surprising results of studying the two fossils. One is that the small tyrannosaur teeth were distinct from the teeth of older individuals. They did not have the serrations that juveniles and adults have. The second was the estimated size of the embryos based on the fossils. They seem to match well with the theories developed by Canadian-American paleontologist Dale Russel who did not have the benefit of embryo fossils to work from.

Powers adds that the finds “have a lot to teach researchers.”

The study was led by a graduate of the University of Alberta Greg Funston and was published in a special issue of the Canadian Journal of Earth Sciences honouring Russell for his contributions to the field of paleontology. 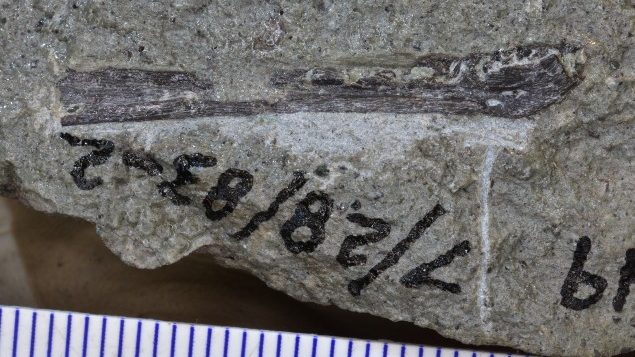 The fossil of the lower jawbone allowed scientists to estimate the size of the dinosaur embryo to be about 71cm long. (Greg Funston)