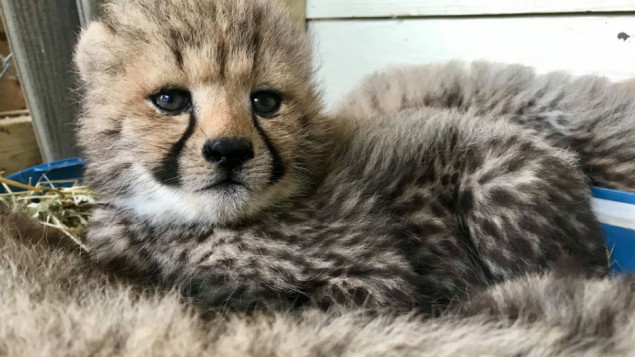 This is one of four cubs five weeks after it was born to Cleo at Parc Safari zoo, south of Montreal. (Aspinall Foundation)

Two of four cheetahs born in a zoo in the province of Quebec have been returned to Africa and, after being acclimatized, will be turned out into a wildlife preserve in Zimbabwe. Cheetahs are the world’s fastest animals and are especially threatened in Zimbabwe after a dramatic drop in the population in recent years. In 2017, National Geographic reported that the cheetah population plummeted by 85% over the last fifteen years, with only 150 to 170 individuals remaining. The steep decilne may be due to “dramatic changes in land use patterns.”

The two males, Kumbe and Jabari, were born at Parc Safari in 2019 as part of a Species Survival Plan, a pan-American program to breed cheetahs in captivity. The goal is to maintain and maximize the genetic diversity of animal populations. These two cheetahs are believed to have strong genetics. They were born of Cleo who arrived at Parc Safari in December 2016 from the Toronto Zoo. She was brought in specifically as part of the conservation and captive breeding program. Zookeepers found her to be “an excellent mother” delivering four healthy cubs and raising them to be strong and confident. 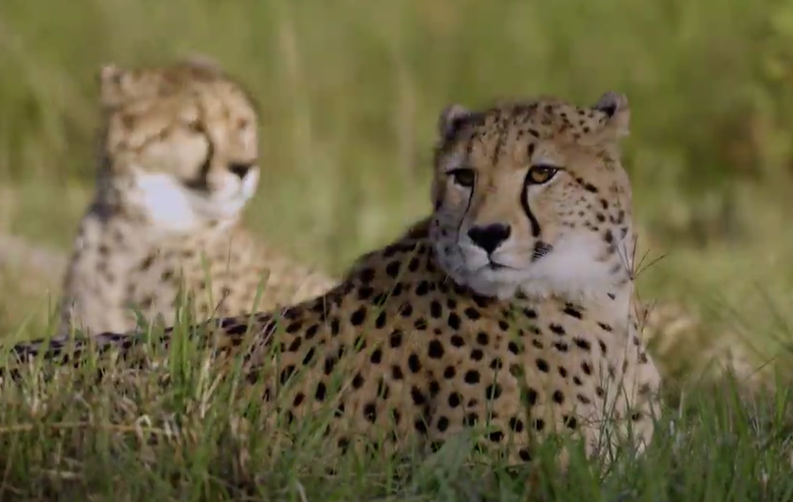 Kumbe and Jabari are quite a bit bigger now and have safely arrived at the Imire Rhino and Wildlife Conservation Preserve in Zimbabwe. (Aspianall Foundation)

Cheetahs to practice hunting before release

The journey to Africa was along one, first a 555km road trip from Parc Safari to Toronto Airport, then a 14-hour flight to Addis Ababa, then on to  Zimbabwe by plane.  Handlers from the Imre and The Aspinall Foundation transported them to their new home at the Imire Rhino and Wildlife Conservation Preserve. There they will spend 60 days in quarantine and practice chasing a lure and preparing for their first hunt. Once released they will have access to a 4,500 hectare preserve. They will be closely monitored and provided with supplements if necessary. 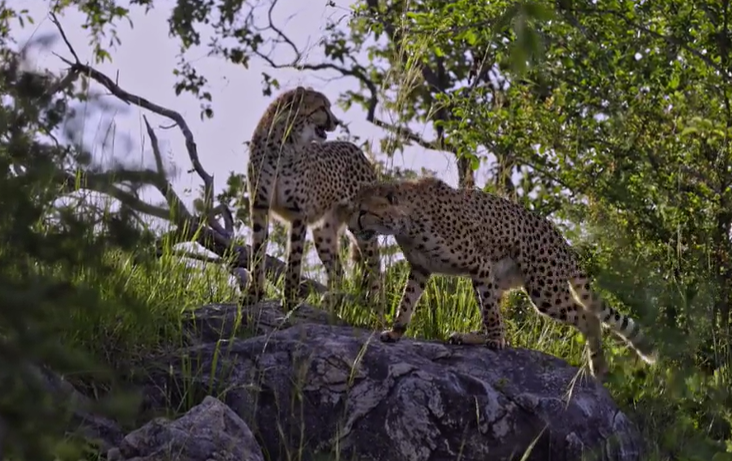 Before they are released into the game preserve, Kumbe and Jabari will practice their hunting skills. (Aspinall Foundation)

Seeing them off was both happy and sad for handlers at Parc Safari. ”We love our animals deeply, and it is hard to let them go, but we know we are contributing to a bigger cause,” said Jean-Pierre Ranger, President of Parc Safari. “We are proud of this achievement, and grateful to our many partners, including the government of Zimbabwe. The goal is not only to add captive-bred animals to the local population, but to increase genetic diversity so as to guard against inbreeding. To protect, care and love is our mission.”

Parc Safari is a zoo about 65 km south of Montreal which has open drive-through areas and elevated walkways from which to observe animals below. The Aspinall Foundation is a U.K.-based charity devoted to the conservation of endangered species.