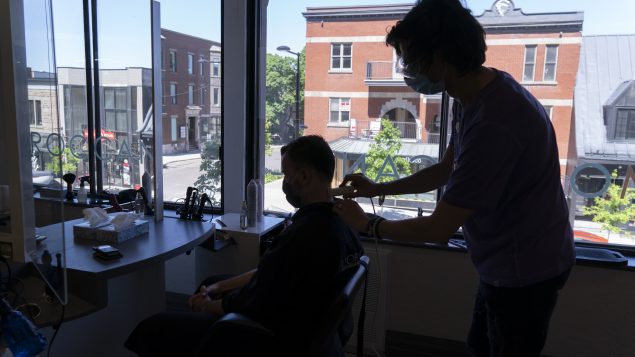 A man gets his hair cut by hairdresser Armanno at the Biosthetique Salon in Montreal on Monday, June 15, 2020. A new study finds that women in the skilled trades earn about half what men do because women are concentrated in lower-paying jobs such as hairstyling, cooking and baking. (THE CANADIAN PRESS/Paul Chiasson)

As Canada continues its collective quest to shed the sour darkness of COVID-19’s attack on–among other things–the country’s job market, a new report offers some perspective on where to go looking for work as things (hopefully) return to what once passed for normal.

Released today, the report, from the Labour Market Information Council (LMIC) and the Education Policy Research Initiative (ERPI) puts some numbers of the wage gap between men and women in the so-called skilled trades.

It comes in a country that still has about 600,000 fewer jobs than it had last February when the pandemic hit.

Honing in on early career earnings of Canada’s skilled trades certificate holders, the study found that women in skilled trades earn about half of what men do, mainly because they are concentrated in lower-paying fields, such as cooking, baking and hairstyling. 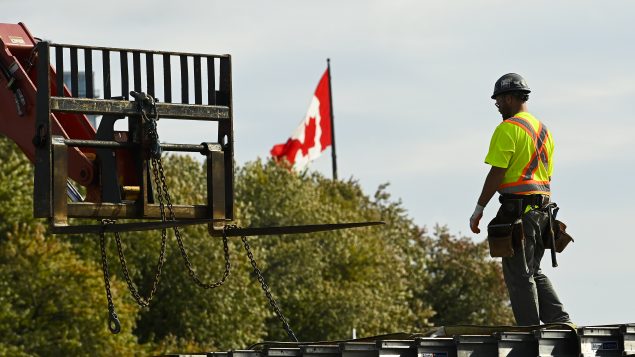 Construction workers rig materials for a lift during the COVID-19 pandemic in Toronto on Tuesday, September 29, 2020. There are currently about 600,000 fewer jobs in Canada than there were last February. (THE CANADIAN PRESS/Nathan Denette)

The study found people in “Red Seal” trades, which are those that have national standards, started out making $64,000 in their first years and those incomes grew on average 2.1 per cent annually over the eight-year study period to reach $73,800.

But female tradespeople made more than $31,000 less in their first years and that gap didn’t close as the years passed.

About one-fifth of Canadians work in the skilled trades, like construction, manufacturing and in the service sector. About three-quarters of all certified workers qualify as red-seal tradespeople.

With files from The Canadian Press (Jordan Press) CBC News