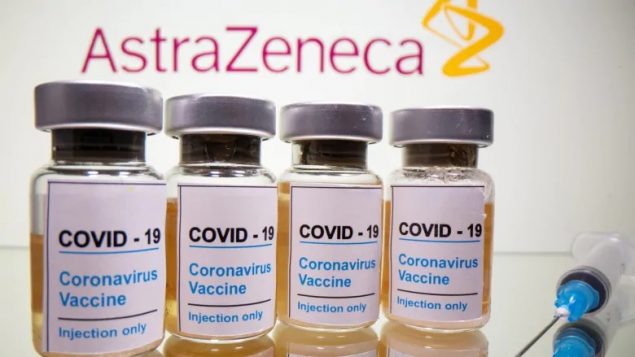 Canada is set to receive more than one million doses of AstraZeneca’s COVID-19 vaccine by the end of March 2021 and a total of up to 3.2 million by the end of June. (Dado Ruvic/Reuters)

Canada’s National Advisory Committee on Immunization has reversed itself and approved the use of the AstraZeneca vaccine for those 65 years of age and older. On March 1, 2021, the committee had recommended against the use of this vaccine for seniors because at the time there was only one study which had too few seniors to provide proof of outcomes in that age group.

In spite of that decision, the Public Health Agency of Canada (PHAC) had approved the use of the AstraZeneca vaccine in this age group. PHAC is an agency of the federal government that is responsible for public health, emergency preparedness and response and disease control and prevention. Officials at PHAC had looked at real-world use of the vaccine and determined that it would be safe for seniors.

By March 16, 2021, officials at NACI had had time to look at two real-world studies and determined the vaccine was indeed safe for those aged 65 and older However, it did say that doses of mRNA vaccines should be prioritized for key populations, especially those at highest risk of severe illness and death and highest exposure to COVID-19. Canada has received limited quantities of mRNA vaccines produced by Pfizer and Moderna and bigger quantities are set to arrive imminently.

The clinical study of the AstraZeneca vaccine showed it to be 62 per cent effective in preventing a person from catching COVID-19 while the Pfizer and Moderna vaccines’ rate was over 90 per cent.  However, all three vaccines are highly effective at preventing severe illness, hospitalization and death. Prime Minister Justin Trudeau told Canadians on March 15 that the best vaccine for them to get is the first one they are offered.

Canada had received a half-million doses of AstraZeneca vaccine in the second week of March, more than half of which was set to expire on April 1, so there was some urgency in hearing the recommendation of the National Advisory Committee on Immunization (NACI). Regardless of the recommendations by federal bodies, it is up to each province and territory to decide who will get which vaccine when as they are responsible for delivering health care. 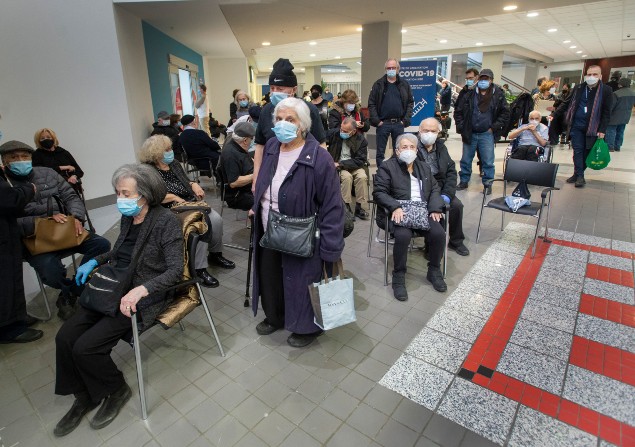 Seniors in the province of Quebec waiting for their vaccinations do not know ahead of time which vaccine will be offered. It could be a shot from Pfizer, Moderna or AstraZeneca. (Ryan Remiorz/The Canadian Press)

The province of Quebec immediately began administering the AstraZeneca vaccine to people over the age of 65 and did not give them the choice as to which vaccine they would receive. Other jurisdictions are in the process of deciding how to use the AstraZeneca vaccine, as they roll out Pfizer and Moderna vaccines to the populations they deem to be most at risk in their territories.

Although several European countries paused their use of the AstraZeneca vaccine because some cases of blood clots were reported, NACI officials said the data so far do not show a link between clots and the drug. They said they would continue to closely monitor all the research as it becomes available.

Several Canadians scientists and health officials have sought to reassure the public by noting that 17 million people in the world have received the AstraZeneca vaccine and there have been a little over 40 cases of blood clots. The number of cases of blood clots, they say, is lower than what might be expected in any given population whether inoculated or not. They add that there have been no cases in Canada of blood clots linked to the AstraZeneca vaccine. Health officials add there is a far greater risk to one’s health of not being vaccinated and catching COVID-19 than there is of having any side effect from any of the vaccines. And they emphasize that all vaccines approved for use in Canada are safe.

There is concern that if people hesitate in getting vaccinated it will take longer for Canada to achieve herd immunity. There would also be greater opportunity for the virus to mutate and become easier to transmit or become more lethal.

Meanwhile, the European Union medicine regulator said on March 16 that there was “no indication” that AstraZeneca’s vaccines are causing the reported blood clots.