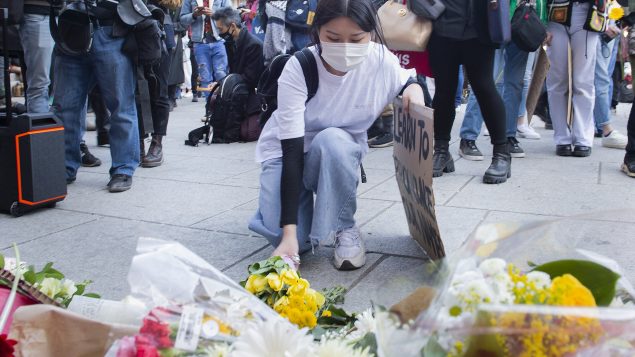 A woman places flowers during a vigil in Montreal on Sunday to highlight Asian racism and to remember the victims who were murdered last week in Atlanta. (THE CANADIAN PRESS/Graham Hughes)

Hundreds of people in Montreal held a vigil on Sunday to denounce racism and hate crimes against Asian people and to remember and honour its victims.

The gathering followed the shooting attack in Atlanta, Georgia last week in which six people, including six Asian women, died, as well as recent calls and warnings by Asian groups in Canada about the hate.

Last September, the Chinese Canadian National Council published a report that found there are more anti-Asian racist incidents reported per capita in Canada than in the U.S.

A  year-end report by the Vancouver Police Department made public in February showed that, overall, hate crimes increased 97 per cent in the city in 2020 while anti-Asian hate crimes were up 717 per cent.

In Montreal, police reported earlier this month they had recorded 22 crimes targeting Asian people between March and December of last year — 19 more than the year before. 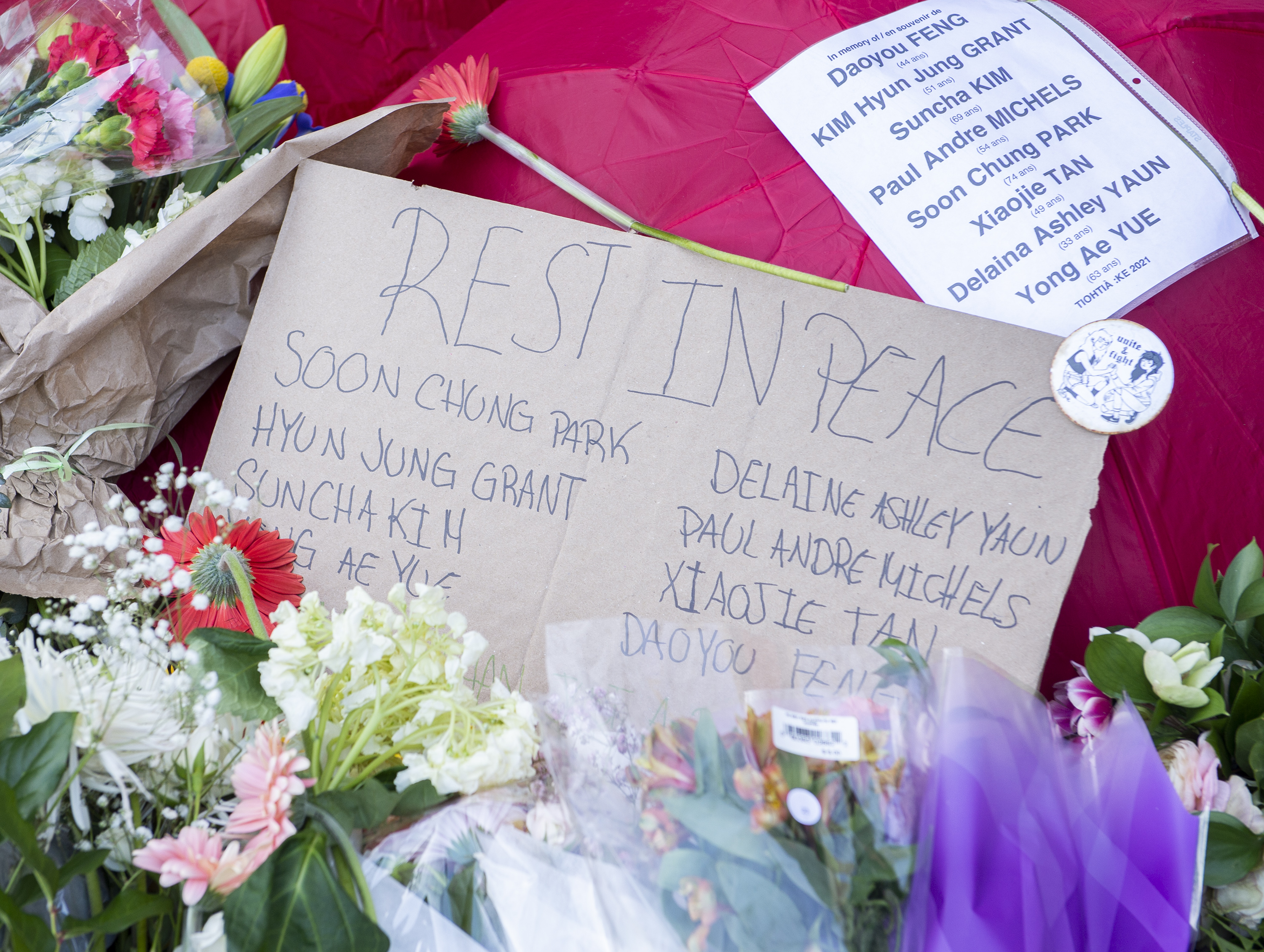 A makeshift memorial is shown during Sunday’s vigil in Montreal. (THE CANADIAN PRESS/Graham Hughes)

More than 40 per cent of the crimes reported in Montreal involved vandalism and police said about 10 events appeared to be directly linked to the pandemic and the fact that it originated in Wuhan, China.

Earlier this month, a 44-year-old man of Korean descent was stabbed on a Sunday morning, prompting the Korean consulate in Montreal to issue a warning to be careful. 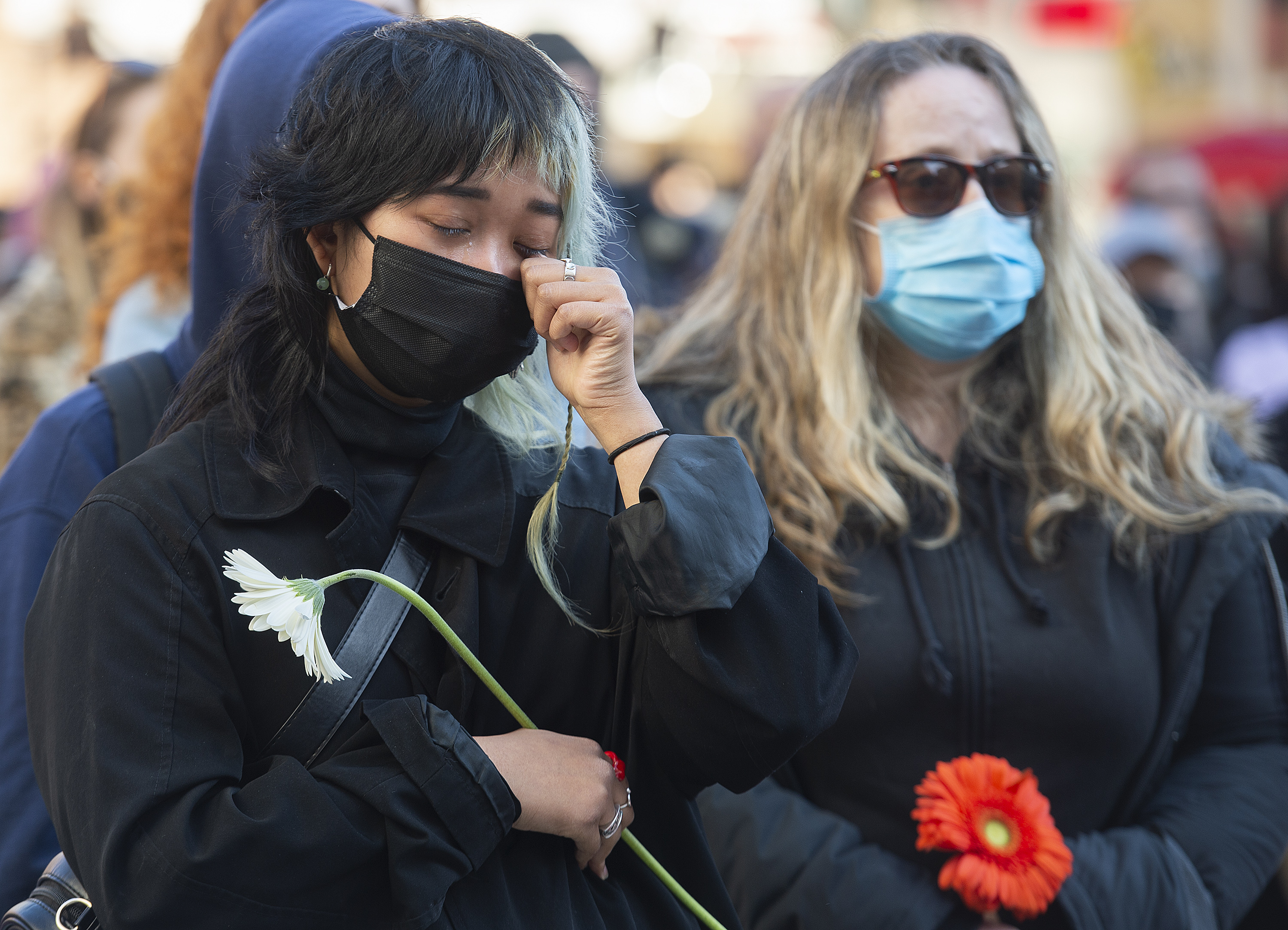 A woman sheds tears during Sunday’s vigil in Montreal. (THE CANADIAN PRESS/Graham Hughes)

In a CBC News report, Cathy Wong, the first person of Chinese descent ever elected to the Monteal’s city council, called Sunday’s rally a “great moment of solidarity” for local communities.

“It is one of the first times the Chinese and Asian community has come together in Montreal, protesting and talking about racism,” she said.

“And I think this is a positive step toward recognizing this issue in Montreal.”