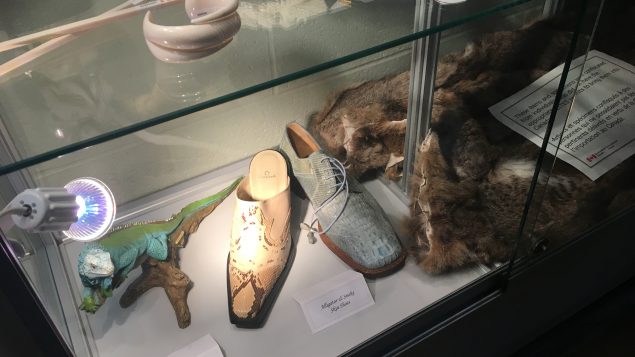 These are the kinds of products made from wild animals that were seized by Canada’s Wildlife Enforcement Directorate in the province of Ontario. Canada is criticized for having patchy controls over the wildlife trade. (World Animal Protection)

The advocacy group World Animal Protection is linking the wildlife trade with the COVID-19 and other pandemics to argue that Canada should curb the trade in wild animals and their parts. In a statement, it says that “While more research is needed, it is widely acknowledged that a wildlife market there (Wuhan, China) played a significant role in the outbreak of COVID-19. It should also be noted that two major reports from UNEP and IPBES cited the wildlife trade as a top driver of pandemic risks.”

The group hold that Canada is a major contributor of wildlife trade through the importing and exporting of animals for exotic pets, entertainment and trophies. It adds that black bears are hunted in Canada for their gallbladders for use in traditional medicine and more than 340,000 animals are farmed for fur.

World Animal Protection says the Canadian government doesn’t actually know how many and what kind of animals are imported. It has issued a report which states that between 2014 and 2019, at least 1.8 million wild animals were brought in from 76 countries, some of which it says were “known emerging disease hotspots.” It suggests the actual numbers are probably higher due to limited access to importation figures. 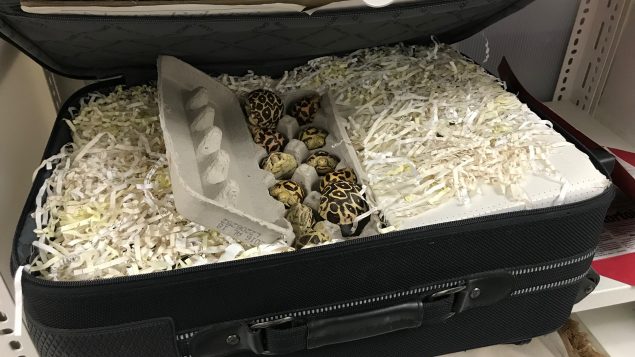 In some cases, a suitcase is used to transport wildlife. These are Indian Star Tortoises seized by Canada’s Wildlife Enforcement Directorate in the province of Ontario. (World Animal Protection)

Advocates call for a comprehensive system to monitor wildlife trade

The group criticizes Canada for its “complicated web of agencies” that regulate different aspects of the wildlife trade, agencies that don’t have the same data collection systems and requirements.

World Animal Protection is calling on the Canadian government to establish and fund a comprehensive system for monitoring the import, export and sale of wild animals and their parts in Canada. The government, it says, should also work with the provinces and territories to drastically reduce captive breeding, transport and trade in wild animals. And it wants better enforcement.