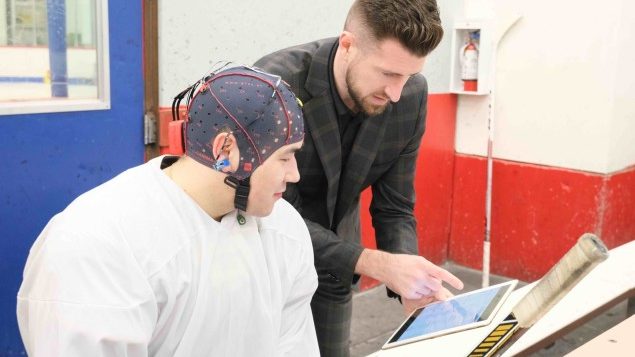 An ongoing study of young hockey players has found that younger boys suffered more functional brain impairments from head impacts even when the injuries were not diagnosed as concussions.

Children, especially boys, often start playing hockey at a young age in Canada. Starting at age 13, players are allowed to check. That means a defensive player may crash into an opponent who is handling the puck to try to have him lose control of it or disrupt play. The hit may come from a hip or shoulder but often it may result in a blow to the head either from the player or a collision with the boards that surround the rink. 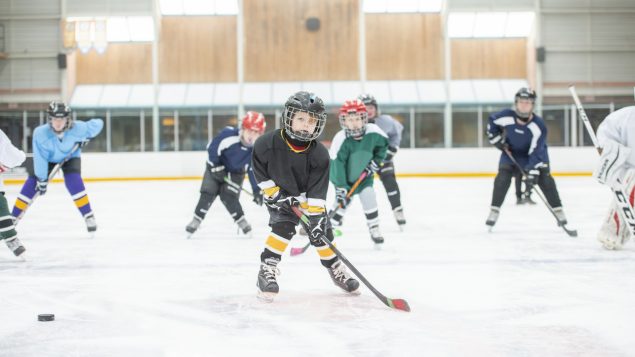 In Canada, children may start playing ice hockey at a young age. (iStock)

Players may return to play but be suffering undetected brain impairments

Neuroscientists at the Health and Technology District and Simon Fraser University in the western province of British Columbia have teamed up with those at Mayo Clinic Orthopedics and Sports Medicine in Rochester, Minnesota, U.S. to study the effects of head impacts on the brain.

They studied Bantam players who are 13 to 14 years old and Junior A players who are between 16 and 20. There are protocols that establish when players are deemed to have recovered enough from a concussion to return to play. The scientists published an article in 2019 showing that there were undetected brain impairments that remained when Junior A players were allowed to return to play under those protocols. The new study included players in the Bantam level.

The results showed sensitivity to impairments in players who did not have an official concussion diagnosis. That is, players who had low-magnitude impacts may not have noticed them and they may not have been noticed by coaches or other observers. These caused what the scientists called subconcussive changes and they were found to be significantly correlated with the number of head impacts over the season across both age groups. There were more such changes in the older group. There were significant brain vital sign changes observed in both groups.

“Our research has shown that repetitive subconcussive impacts triggered compounding effects in brain function changes, which underscores the importance of shifting our thinking and understanding of concussions as a singular acute-injury model to a spectrum of head-impact exposure and effects over time,” said Dr. Shaun Fickling, a biomedical engineer at Simon Fraser University.

Hopes for better prevention and care

“In medicine: you can’t treat what you can’t measure. With breakthroughs on measurement challenges, we hope to now accelerate treatment innovations for prevention, acute care and extended care concussion management,” said Dr. Ryan D’Arcy, a Canadian neuroscientist who has developed the portable NeuroCatch brain monitoring device that is currently being used in various concussion studies including in ice hockey, football and mixed martial arts.

The study was published in the journal Brain Communications.