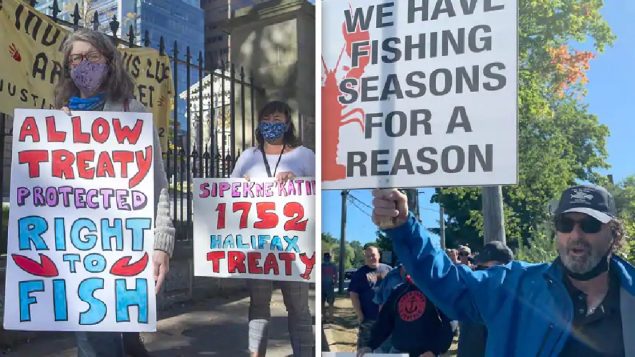 Two sides of the fishing dispute in Nova Scotia, First Nations protests on left, commercial fishers on right. The dispute escalted into violene last year, and there are concerns it may occur again this year. (Canadian Press - CBC)

Last year, a dispute between Indigenous fishers and local commercial lobster fishers boiled over into violence and vandalism. It may happen again this year as federal officials have already seized some Indigenous lobster traps.

The dispute hinges on a conflict between Indigenous rights and federal conservation measures.

A Supreme Court ruling noted that Indigenous peoples have an inherent right to hunt and fish to earn a “moderate living” although what that phrase meant was never determined.

In Nova Scotia, Indigenous groups have said the ruling means they can fish whenever they want. Commercial fishers say the established limited seasons must be respected for conservation reasons and are angered at the ‘out of season” fishing by Indigenous groups.

The coastline is divided into sections (lobster fishing areas- LFA) with each section having its own season and controlled number of licences and traps, as well as minimum sizes of lobster permitted to be kept. 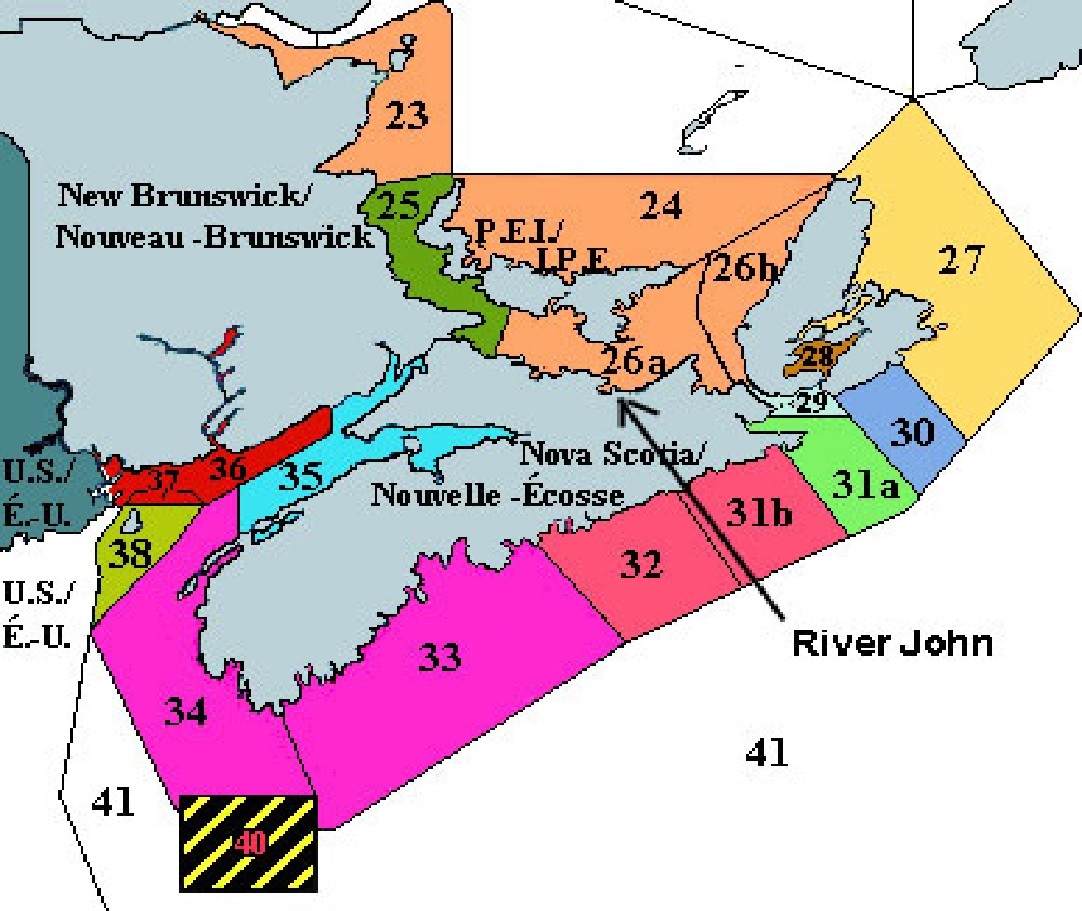 The coastline is divided into specific zones, each with licences for its defined area and season. (DFO)

Often not mentioned is the addition to the Supreme Court ruling which noted that the Indigenous rights were not absolute and limitations could be made for conservation needs and other limited “compelling and substantial public objectives”.

On Friday, 37 lobster traps set by the Potlotek First Nation in St Peter’s Bay on Cape Breton Island were seized by Fisheries Department officials (DFO).  In March, fisheries Minister Bernadette Jordan had said while there was a right to fish, Indigenous fishers would still require DFO licences and should respect the established seasons. Without the DFO licences, she said the rules would be enforced. The season in that LFA runs from April 30 to June 30.

The 13 Mi’kmaw Chiefs unanimously rejected the statement saying that ruling ignored the Supreme Court decision, adding there was no consultation with them prior to her announcement.

The  leader of the Assembly of Nova Scotia Mi’kmaq, Chief Gerald Toney was quoted by the Saltwire news saying, “The acts taken by Conservation and Protection officers on the water today (April 30) are shameful and unlawful…Today’s seizure is yet another step backward for DFO,”

In another move, Sipekne’katik Chief Mike Sack, said members of that First Nation plan to resume their self regulated’ fishing in June. The Sipekne’katik based in central Nova Scotia, were at the heart of the fishing dispute that erupted last year, in St Mary’s Bay some 175km away in the Bay of Fundy.

Quoted in The Guardian, Chief Sack said, “Once [Minister Jordan] came out and said no fishing out of season, to me she empowered commercial fisherman. What happened last year, it’s going to be a lot worse,” 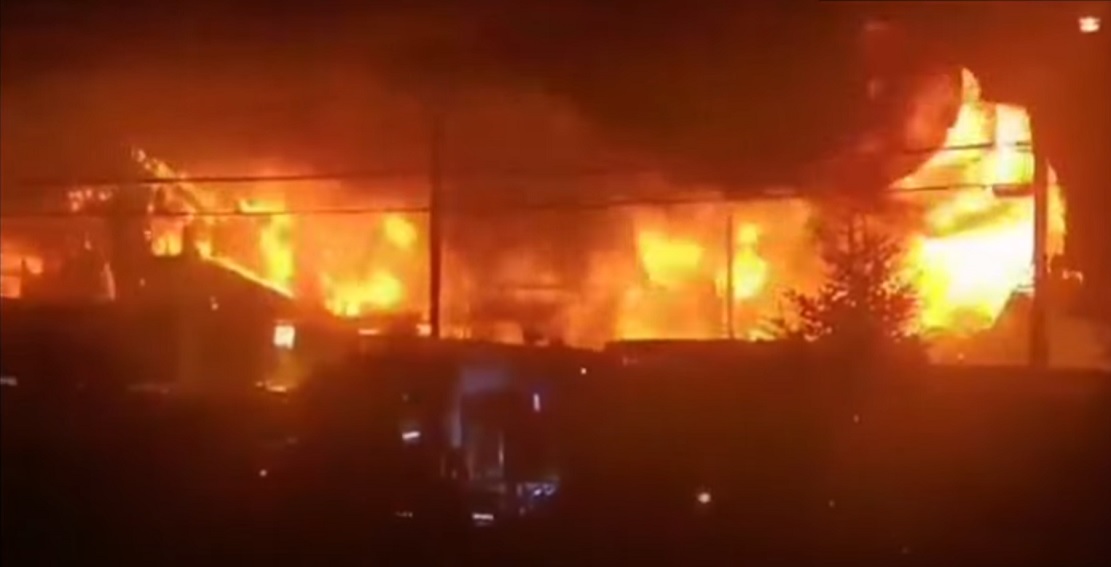 In mid October during the dispute, a lobster facility where Mk’kmaw had been storing their catch, burned down in a suspicious fire. (via CBC)

Sack said in a news conference last week that he would send a letter to the United Nations asking for peacekeepers to be sent to ensure his members are not mistreated.

The violence last year between the Sipetne’katik and commercial fishers reached a peak when a fish plant holding Indigenous lobster catch was burned to the ground, along with a boat and a truck, with many traps damaged as well.