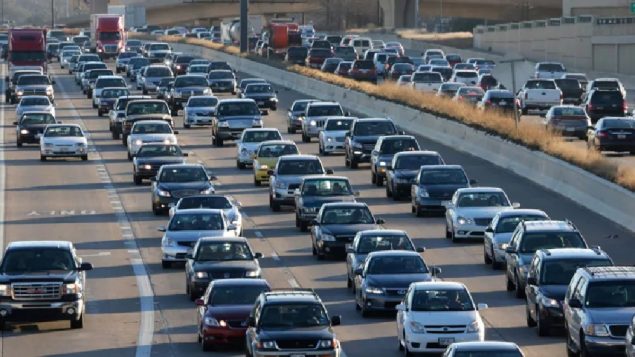 A new survey shows a majority of North Americans are concerned about the environment, carbon emissions, and moving towards the goal of net-zero emissions but with differences between Canadians and Americans, and with a significant number in both countries who are undecided (LM Otero- The Associated Press)

New survey shows majority of N. Americans are concerned about the environment

Recently officials from Canada and the U.S along with several other leaders agreed to work towards a goal of net-zero emissions by 2050.

it seems that in North America a clear majority of people are concerned about climate change. 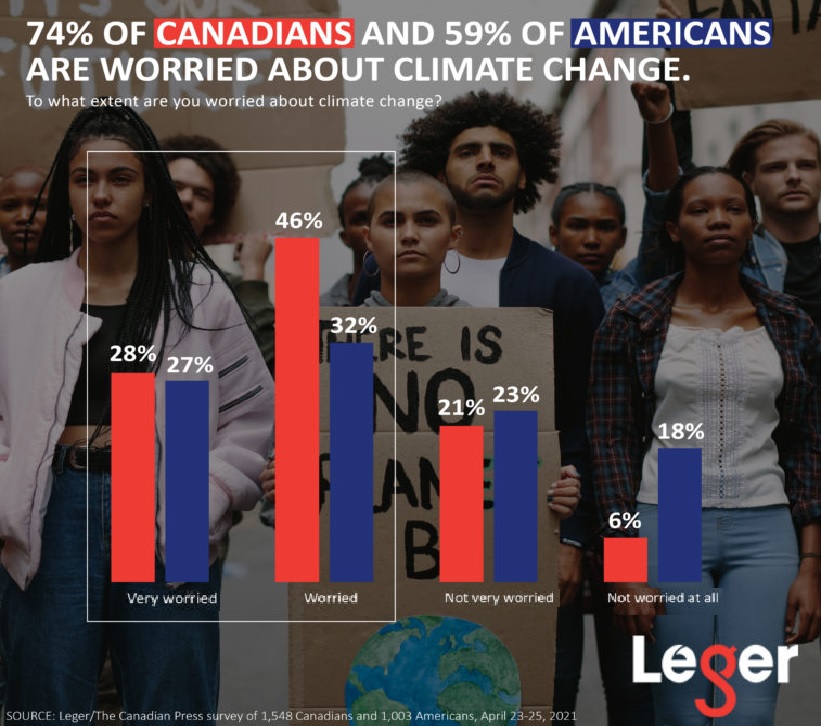 The polling firm Leger 360 in conjunction with the Association for Canadian Studies this month asked its online panel of over 1,500 Canadians and over 1,000 Americans aged 18 and above, for their opinions on environmental issues. 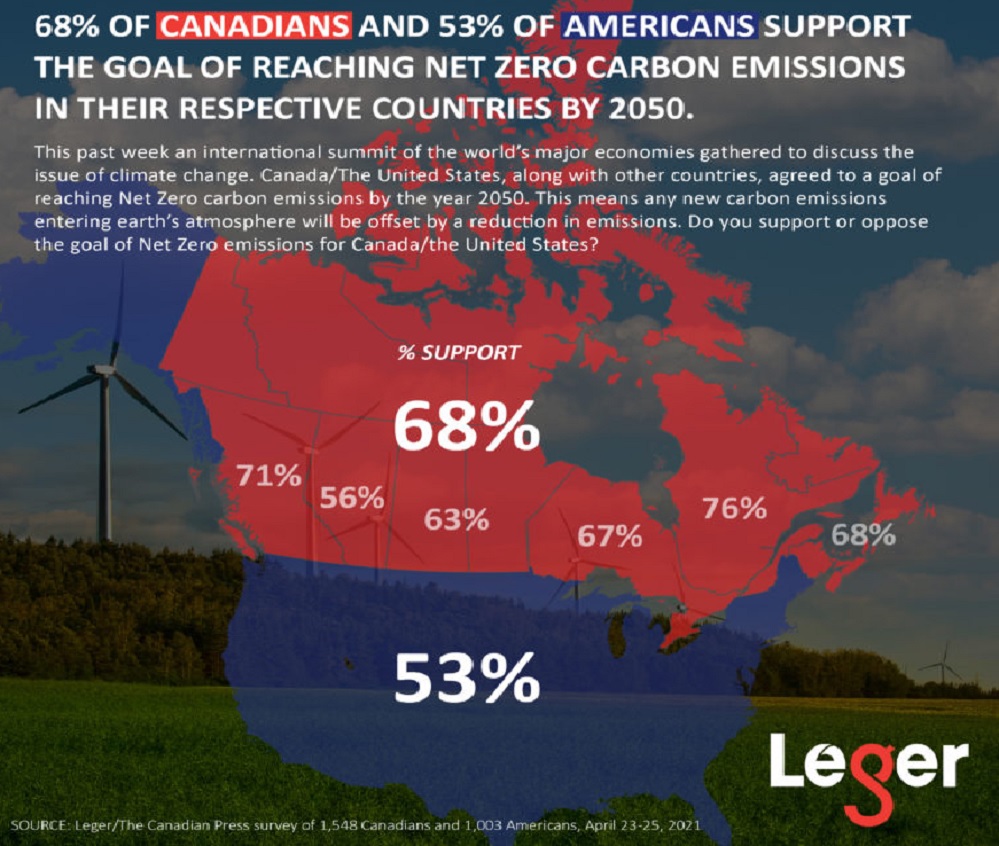 In both Canada and the U.S. a majority of respondents were in favour of environmental efforts to reduce carbon emissions, although the numbers in Canada were higher than those in the U.S.  Of some interest is that in response to environmental the questions, in both countries, very roughly one in five responded they didn’t know (were uncertain or had no opinion).

As to the goal of net-zero emissions as agreed to at the summit, a far higher number of Canadians were supportive (68%) than Americans, although a slim majority in the U.S. did support the goal (53%).   To achieve this target, the question was posed about if respondents would agree to reduce dependence on oil and gas and their export.. Here there was a noticeable difference. 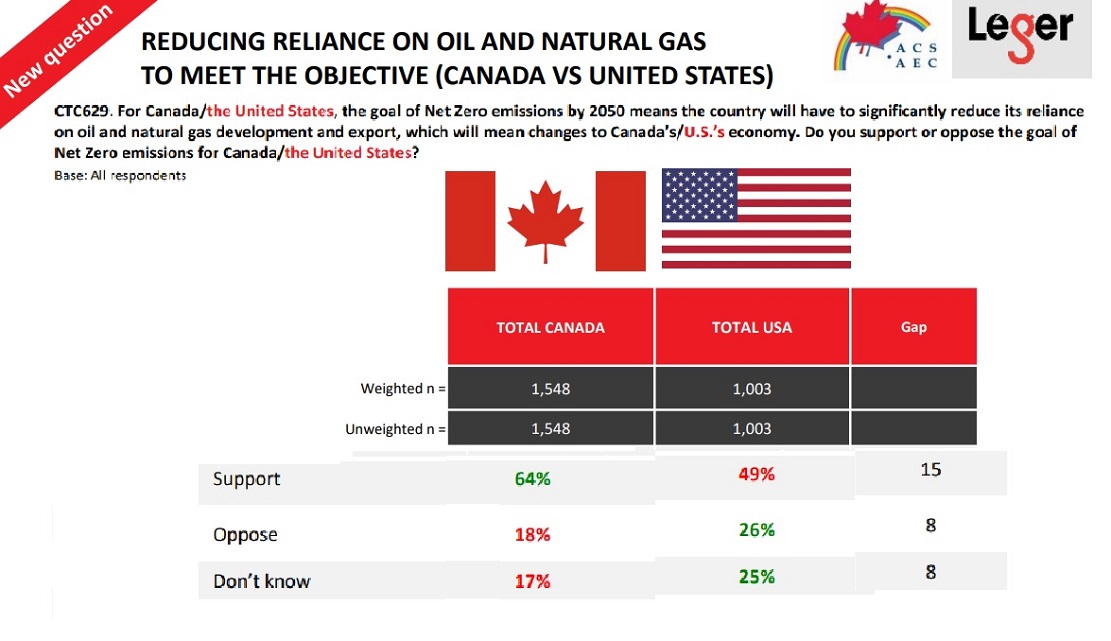 The level of support dropped noticeably when suggested that reducing reliance on oil and gas would result in increased prices. With that in mind support in Canada dropped to 60 per cent, and in the U.S 40 per cent. 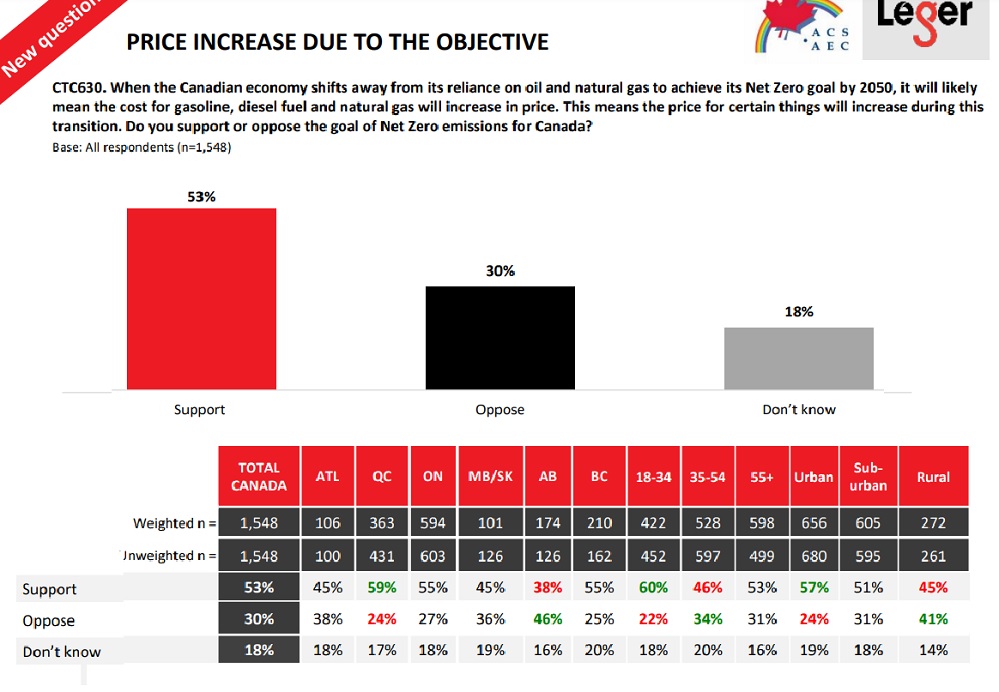