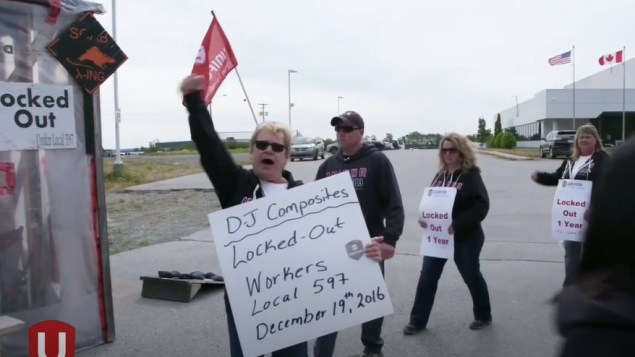 Workers at D-j Composites Inc in Gander, Newfoundland were locked out for two years starting days before Christmas 2016. Their union found that labour disputes involving scabs lasted six times longer than those that did not. (Unifor)

Canada’s largest private sector union, Unifor, is calling on legislators to enact anti-scab laws across the country.  Only the provinces of Quebec and British Columbia have made it illegal for companies to bring in individuals to replace workers who are on strike or who have been locked out.

Unifor has sent a research report on the effects of using scab labour to all elected provincial, territorial and federal legislators. In Canada, federal labour law applies to industries such as air transportation, broadcasting, banks and crown corporations. In other fields, it is the labour laws of each province or territory which apply. 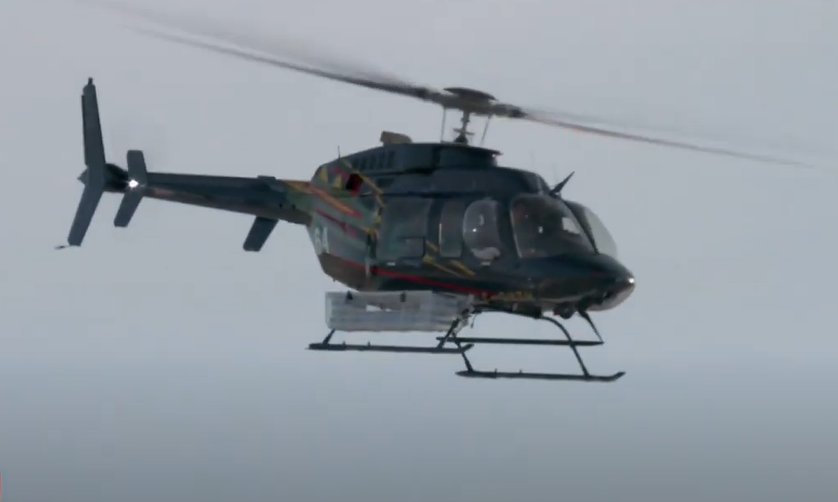 In early 2020, the Co-op Refinery in Regina Saskatchewan used helicopters to bring in replacements for the 800 workers it locked out, and it housed them in specially-built camps within the property. (Unifor)

‘Scabs remove any incentive for the boss to bargain fairly’

Unifor’s report shows that labour disputes that involve scabs last an average six times longer than those that do not. In fact, the union says that since it was formed in 2013, its three longest labour disputes involved the use of scabs.

“Scabs remove any incentive for the boss to bargain fairly and they tip the balance of power in favour of employers,” said Jerry Dias, Unifor National President. “When the boss can fly in scabs, it undermines the workers who want to exercise their right to withdraw services when an employer is unreasonable.”

A national petition is asking the Canadian government to change the federal labour code to prohibit employers from using replacement workers during a legal strike or lockout. It calls for the code to include significant financial penalties for employers who don’t comply and it should only provide for limited use of temporary workers for essential maintenance work to protect the workplace.

“We know all too well that scabs unnecessarily prolong labour disputes, defeat morale, fracture workplace relationships and cause tension and sometimes even violence,” said Dias. Unifor’s study is called  Fairness on the line: The case for anti-scab legislation in Canada.