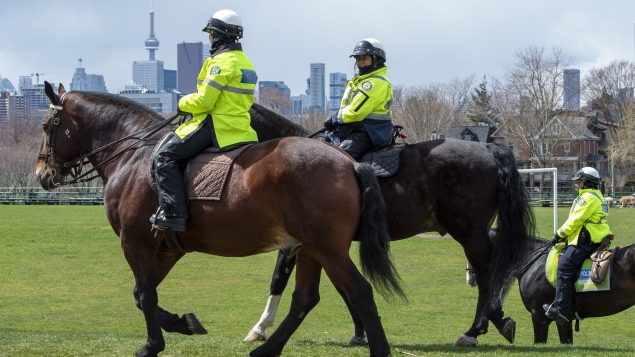 Toronto Police Mounted Unit officers patrol a city park in April of last year. In a new report, the Canadian Civil Liberties Association is urging the federal and provincial governments to fight the COVID-19 pandemic by focusing on proven public health policy interventions, including paid sick leave and education, rather than punitive enforcement measures. (THE CANADIAN PRESS/Frank Gunn)

In a report published today, the Canadian Civil Liberties Association says some provinces took a more punitive approach toward COVID-19 infractions during the pandemic’s second wave and questions if that is the best way forward.

“Our new report finds that, during the second wave of COVID-19, many jurisdictions where there had previously been limited forms of COVID-19 enforcement, issued an increasing number of punitive fines,” the CCLA said in a press release accompanying the report.

And that, the association said, adversely affects racialized and lower income communities.

“In many parts of the country, political leaders have continued to focus on punitive enforcement even as the social inequities driving the spread of this pandemic, and the specific challenges racialized and lower income communities are facing in accessing health services, became ever clearer,” the association said.

The association urged governments to focus on proven public-health policy interventions, including paid sick leave and education rather than punitive enforcement measures.

“A pandemic is a public health, not a public order, crisis,” the report says.

“Punishing people with charges and fines misses the target — the virus itself — often in ways that exacerbate pre-pandemic inequality.” 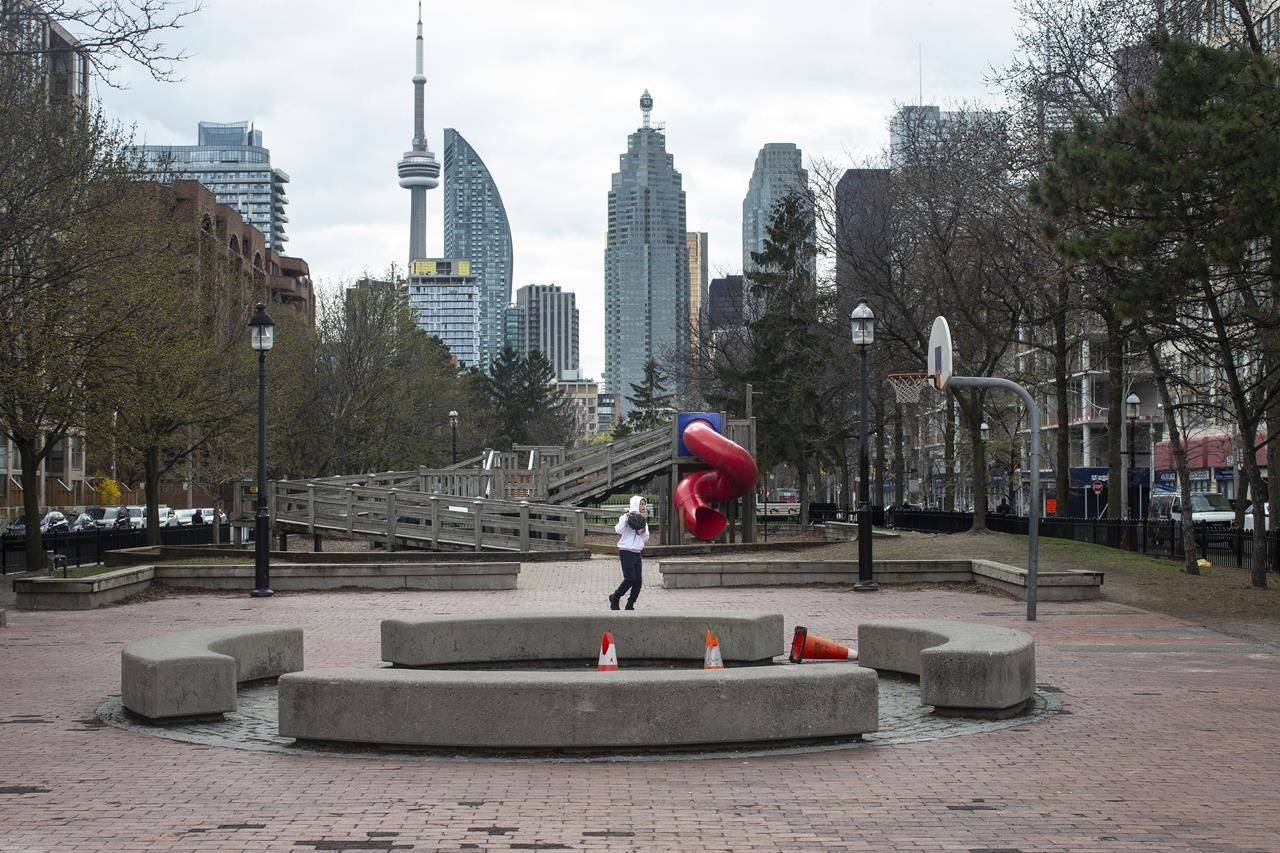 A youth plays basketball in an otherwise quiet court in Toronto on Saturday April 17, 2021. (THE CANADIAN PRESS/Chris Young)

The CCLA said the punitive measures do little to combat COVID-19 and disproportionately cause harm to vulnerable groups.

“Relying heavily on punitive fines and policing is also of questionable efficacy from a public health perspective,” the association said.

“Trying to punish people into complying with broad, confusing and vague laws is unlikely to have any meaningful impact on behaviour and tends to push marginalized populations further from the services and supports that they need.”

It found that the number of tickets in four out of the five provinces increased from the first wave and some of the jumps were “quite substantial.”

Nova Scotia was the only province in the report that gave out fewer tickets per capita in the second wave compared with the first.

“The provinces have now reached over $24 million in fines issued since the outset of the pandemic, which is really an astounding amount of money,” Abby Deshman, the organization’s director of criminal justice, told The Canadian Press.

The association said the way forward is clear:

“We cannot police our way out of this pandemic,” it said.

The report can be read HERE.