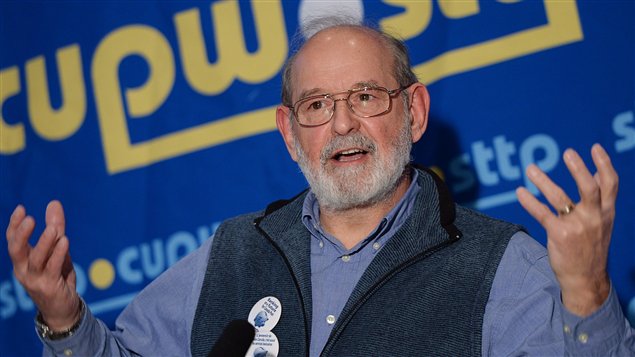 Canada Post is a public service for Canadians, it has made hundreds of millions in profits, some changes should be made, but that does not justify the massive service cuts to mail delivery and employees announced last week says Denis Lemelin, the president of the Canadian Union of Postal Workers (CUPW).

Last week Canada Post announced it would stop door-to-door service in cities and urban areas saying the drop in letter volume and pension obligations had already caused financial losses, and those losses would continue.

But a look at its own annual reports shows that Canada Post has made profits every year except 2011, taxpayer money has not been needed to prop up the service, and that the pension plan has been strong, and was given extra protection from the federal government last week with a special exemption.

RCI’s Wojtek Gwiazda talked Denis Lemelin about the state of Canada Post and the public reaction to the announcement of cuts.