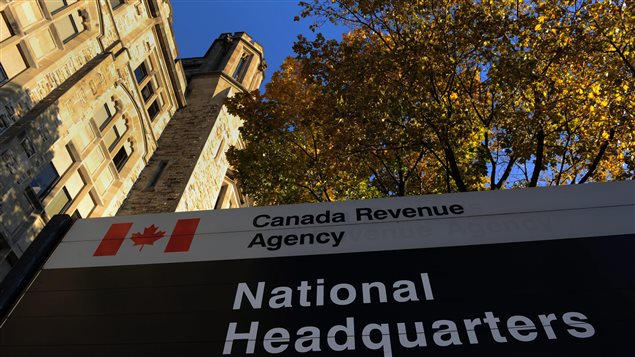 Finally speaking to the simmering controversy over its political-activities audits, the Canadian Revenue Agency says it is going by the book.

Long-standing debate on the matter flared up again last week after two charities, PEN Canada, a member of the world-wide free-speech advocate, PEN International, and Karios, which works mainly overseas and is administered by the United Church of Canada, publicly said they were being audited by CRA.

They were just the latest Canadian charities to divulge they were being audited.

The full list has not been made public, but the ones that are known have had differences over policy with Stephen Harper’s Conservative government in the past.

Besides PEN Canada and Kairos, the list includes Amnesty International Canada, the Canadian Centre for Policy Alternatives, Canada Without Poverty and the David Suzuki Foundation.

Critics say the charities are being vindictively targeted because of the policy disagreements. Conservative Party supports disagree.

Based on a government policy initiated in 2003 by the then-governing Liberal Party, charities are permitted to spend up to 10 per cent of their resources on political activities and are not allowed to endorse a party or a candidate.

The sticking point is what constitutes a political activity. .

In its 2012 budget, the Conservatives gave the Canadian Revenue Agency $8 million to carry out  political-activities audits. Since then, at least 52  have been launched.

In an interview with the Globe and Mail published Saturday, the director-general of the Canadian Revenue Agency’s charities directorate, Cathy Hawara, said the audits are designed to be balanced across the political spectrum.

Ms. Hawara said neither the Prime Minister’s Office nor Revenue Minister Kerry-Lynne Findlay’s office had any say in the audit list.

“We are not targeting charities that have particular political leanings,” Ms. Hawara told the Globe. She added that the charities being audited were established by screening CRA files.

In some cases, she said, the agency sent  “reminder letters” to charities cautioning them about a particular activity and said the CRA also sent notes asking organizations about what the agency thought might be errors in documents such as annual reports.

Mr. Hawara told the Globe the audits of 12 of 52 charities are now closed. She said five of the 12 were concluded with a written document called a compliance agreement. It spells out the steps a charity must take to comply with the rules.

The Globe reported that three charities received “education letters” in which they were asked to fix “minor non-compliance” issues.

Gareth Kirkby is a former journalist who researched this topic as part of a master’s thesis for Royal Roads University in Victoria, British Columbia. He was included in the Globe article, expressing doubt the audits are balanced in terms of political leanings.

Mr. Kirkby, who now works in the communications field, spoke by phone to RCI from his home in Vancouver.