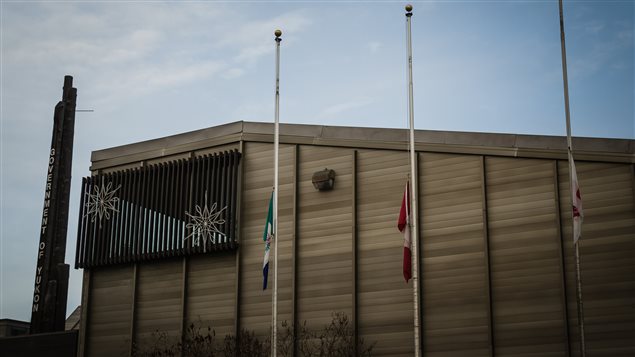 Flags in front of the main Yukon Government Building and Yukon Legislative Assembly in Whitehorse flew at half-mast on Wednesday after the Ottawa attack. (Yukon Government)

And the most popular Eye on the Arctic story on Twitter at @eyeonthearctic?

This week, our followers chose a story about the concerns being raised that the buying and selling of wild meat over the internet is contributing to wildlife declines in Canada’s North