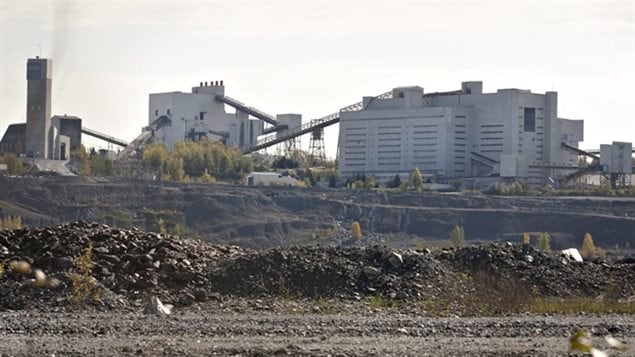 Production of asbestos stopped at Canada’s last asbestos mine in 2011. A member of Parliament says it was “cowardly” of the Canadian government to wait until afterwards to change its health warnings about the carcinogen.
Photo Credit: Jacques Boissinot/Canadian Press

Long after the World Health Organization, medical bodies and other industrialized countries declared asbestos to be a carcinogen, Canada has finally admitted on a government website that “breathing in asbestos fibres can cause cancer and other diseases.”

“Frankly, Canada’s policy on asbestos has been morally and ethically reprehensible,” says Pat Martin, an opposition member of Parliament who has worked in an asbestos mine and lost many friends to asbestos-related diseases. He has campaigned hard to have the substance banned.

“Not only were we one of the world’s largest producers and exporters of asbestos, we were probably the world’s number one cheerleader in trying to promote Canadian asbestos.”

Health Canada’s website used to say that one from of asbestos—chrysotile was less potent and did less damage than did other kinds. It also used to say the substance was dangerous if inhaled in “significant quantities.”  The WHO says all kinds of asbestos are carcinogenic and there is no safe level of exposure.

These few changes on the government website may seem innocuous, but Martin thinks they are a significant change that could eventually lead to a ban.

Not only has Canada not banned asbestos, it still imports products that contain it like brake pads, Martin says, even though “asbestos is the greatest industrial killer the world has ever known. More Canadians now die from asbestos than all other industrial and occupational causes combined. Yet for political reasons, and because of commercial interests we’ve been laggards on this file and I can only hope this is one step closer to doing the honourable thing and …banning it altogether.”

Martin thinks one obstacle to a complete ban could be a government fear of admitting liability. He says he would not be surprised if victims of asbestos-related diseases eventually launch a “class action suit to end all class action suits” similar to those brought against tobacco companies.