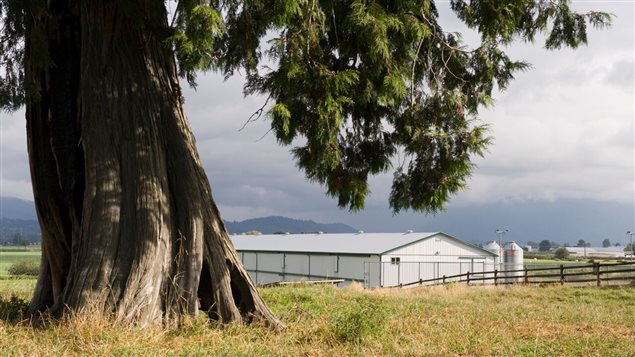 Chicken farmers are one of the many groups in Canada watching the negotiations on the Trans Pacific Partnership carefully. The farmers are adamant that their supply management system be preserved.

Chicken is the most consumed meat in Canada, since 2005 when it surpassed beef

There are 2700 chicken farmers all across the country in the 10 provinces, with a large majority (1100) in Ontario. The processing of chicken is done in the western provinces. Chicken became the #1 most consumed meat in Canada in 2005 and again this year the consumption increased with and average of 30.9 kilograms per person.

The Trans Pacific Partnerhsip is made up of the 12 countries throughout the Asia-Pacific region, including Australia, Brunei Darussalam, Canada, Chile, Japan, Malaysia, Mexico, New Zealand, Peru, Singapore, the United States and Vietnam, that have signed on to participate in negotiations.

Mike Dungate is executive director of Chicken Farmers of Canada. He says the supply managment system works. He says his organization is not opposed to trade agreements.  And in the twelve trade agreements the Canadian government has signed with 43 countries since 1994, they have managed to “expand access for our exporters, improve international trade rules and preserve supply management”, Dungate says.

He says with the TPP they want to see the same model.  Canada is the 15th largest importer of chicken in the world. Dungate says last year about 190 million kilograms of chicken was imported. “so we don’t think we have to take lessons from anyone else in terms of market access.”

“All the imports of chicken that come into Canada come in at either duty-free from countries we have a trade agreement with or a maximum of 5 point 4 per cent from all other countries.” Mike Dungate says “Canadians want Canadian chicken” and they’re promoting this awareness with a campaign that informs “Raised by a Canadian Farmer”.