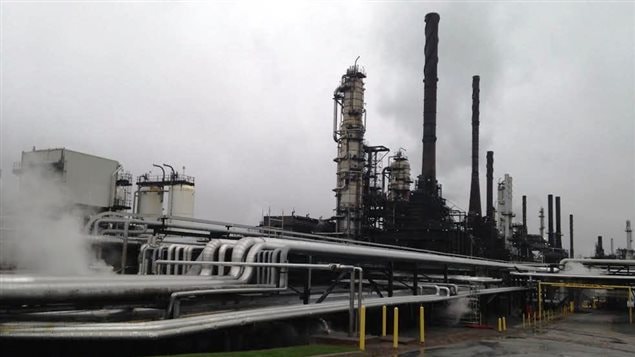 Irving Oil is calling it Project Falcon.  It’s a $200 million maintenance project that has been in the planning stage for two years. Beginning on September 16th, it’s estimated the 60 days of work will employ 2,900 workers at its peak.

“This is more than an investment in the refinery — it is an investment in our people and our region, and it signals Irving Oil’s long-term commitment to the economic future of Saint John, New Brunswick and the rest of Atlantic Canada,” said Irving Oil president Ian Whitcomb in a statement.

The refinery will operate at half its regular capacity during the project. And along with the maintenance work, the company may be getting ready for new American vehicle emission and fuel standard rules. The majority of the refinery’s product is exported to the United States.

The U.S. Environmental Protection Agency has issued new standards that will lower sulphur content in gasoline in 2017. The gasoline sulphur standard “will enable more stringent vehicle emissions standards and will make emissions control systems more effective,” according to the EPA’s website.

The refinery is also the final destination of the controversial Energy East pipeline. If approved, it would carry bitumen from the oil sands in Alberta, across the country through the pipeline that currently flows west, carrying natural gas.

Irving Oil, a family-owned company, is ready to build and operate the only Atlantic export terminal. In the meantime, the company says this upcoming maintenance project will provide $27 million Cdn. in spin-offs for the city of St. John, and the majority of the workers will come from Atlantic Canada.