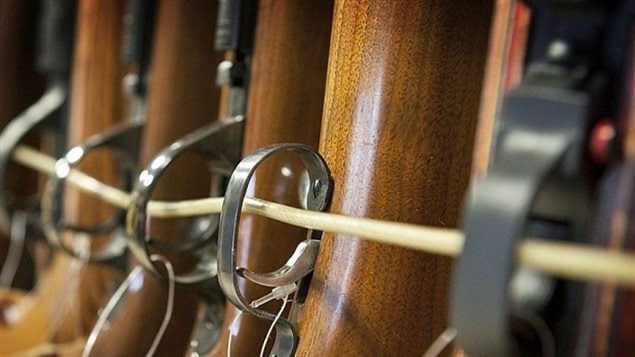 In a new poll on several important social issues, a majority indicated they did not want the "long-gun registry" re-instated.. A majority alos thought marijuana, prostitution, and doctor assisted suicide should be legalized
Photo Credit: via cbc

A new poll on a variety of issues in the current federal election shows Canadians generally favour a “progressive” position.

The survey conducted by Forum Research, and released yesterday (September 28) asked some 1,557 Canadian voters for their opinions on a variety of issues.

The topic of assisted suicide has been an extremely hotly debated one, among citizens, politicians, and medical staff.  The poll showed two-thirds of Canadians (67%) believe it should be legal.

Last February, the Supreme Court struck down Canada’s laws against doctor assisted suicides and ruled people with grievous and irremediable medical conditions should have the right to ask a doctor to help them die. The court limited the right to competent adults with enduring, intolerable suffering who clearly consent to ending their lives.   The government has until Feb. 6 2016, to create a new law, until then the ban on assisted suicide remains, If there is no new law, the court’s ruling allowing doctors to assist in allowable suicides will come into effect.

On another contentious issue, prostitution, the opinion of Canadians eligible to vote is split on whether it should be legalized or not.

Marijuana should be legalized however, in the opinion of 54% of respondants.

One of the more contentious issues in recent years has been the long gun registry (rifles-shotguns),. Brought in by a Liberal government in 1993 following a mass shooting in Quebec, the registry was scrapped by the Conservative government in 2012.

A majority of respondants were against bringing back the “LGR”. The highest rating for bringing the registry back was in Quebec, although still only at 51%, while Alberta had the least number wanting it returned at 26%.

In the current campaign, the Conservative government has hinted the other two leading parties would bring it back, but the NDP has said it wouldn’t, and the Liberals say they wouldn’t either but said they wanted to “keep Canadians safe with well-crafted gun control”.

Some 49%  of those identifying as Liberal respondants  said they wanted it back, 50% of New Democrats, and 17% of Conservatives. However in total, many more respondants were against the LGR 44% than were for it 39%

“Adopting these five positions would seem to make a candidate almost unelectably progressive in Canada but, as we can see, this is not the case; there is perhaps a higher level of tolerance for social innovation in this country than we are aware of,” said Forum Research President, Lorne Bozinoff (PhD)