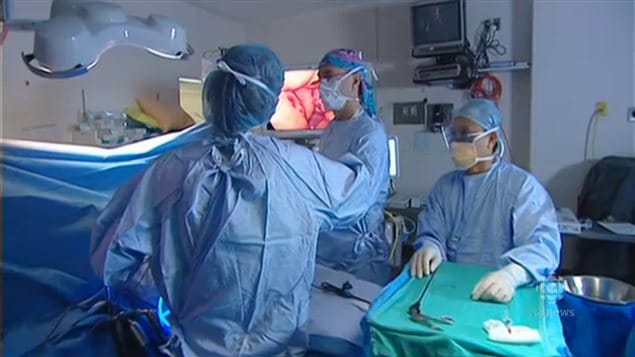 Bariatric surgery may not result in weight loss for one to two per cent of obese patients.
Photo Credit: CBC

People who have bariatric surgery but don’t achieve weight-loss afterwards have an increased risk of suicide, according to a new study from the province of Ontario.

One to two per cent have disappointing results

This type of gastric surgery is usually successful in reducing the weight of patients who are very obese. However, about one to two per cent of patients have disappointing results.

There was a four-fold increase in the number of bariatric surgeries done in Canada between 2012-12 and 2006-07 bringing it to 6,000 procedures. One in four Canadian adults are obese and the number is increasing.

The risk of attempted suicide rose 54 per cent in a small group of patients with disappointing results when researchers compared the three years before and the three years after their surgeries. It was highest among patients 35 years or older and those living in rural areas.

Out of almost 9,000 bariatric surgery patients who were studied, 111 attempted suicide, most often by drug overdose.

Lead researcher Dr. Donald Redelmeier said the findings show patients need to be followed for a prolonged period rather than just after surgery. The study was conducted by the Institute for Clinical Evaluative Sciences and was published in the journal JAMA Surgery.