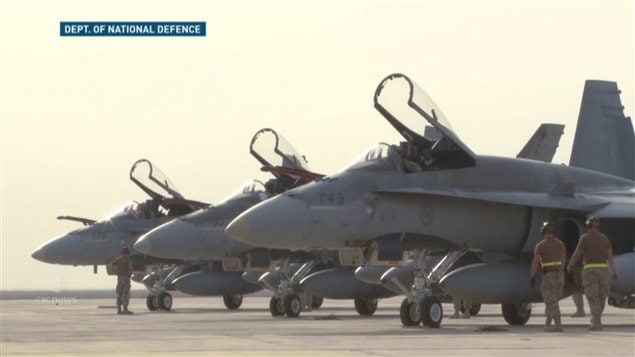 Canadian CF-18s arrived at an undisclosed airbase in Kuwait on July 16, 2015 to assist in Operation Impact against Islamic State.
Photo Credit: Dept. of National Defence/CBC

Canada’s newly-elected prime minister has renewed his pledge to withdraw Canadian CF-18s from the coalition bombing mission in Iraq and Syria. Justin Trudeau said he would instead focus on providing troops to train Iraqi soldiers.

The United States has publicly said it would prefer Canada continue to play the part that it has done. Six Canadian fighter jets as well as surveillance and refuelling aircraft are involved in the bombing mission as well as 600 support personnel.

It’s not clear when Canada’s CF-18s would withdraw. The official end date for the mission mandate is March 31, 2016.