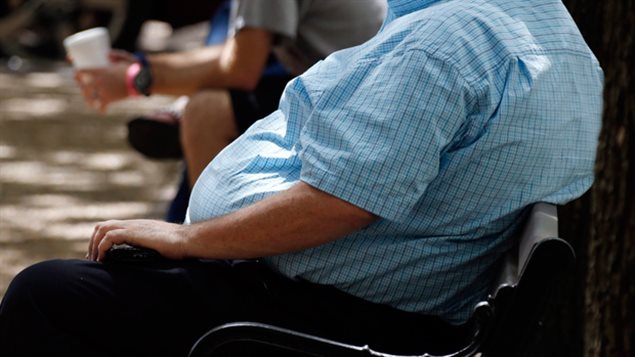 A nutrition expert says treatment of chronic health issues, many of which stem from unhealthy food choices, is costing too much and is unnecessary. He says the medical profession and food and agriculture sector could and should work together on prevention rather than the bigger issues later of treatment
Photo Credit: CBC

Expert: Food industry and medicine need to work together on disease prevention

Harvey Anderson says better cooperation and collaboration between the agricultural/food sector and medical sector is needed to get the message out about healthy foods, and dispelling popular food myths being spread about alleged problems with wheat, meat, dairy, and gluten.

Anderson is the  Executive Director, Centre for Child Nutrition and Health;  Director, Program in Food Safety, Nutrition and Regulatory Affairs; and Professor, Nutritional Sciences and Physiology, Faculty of Medicine at the University of Toronto

Professor Anderson says agriculture and medicine need to partner to work on preventative measures for health care, rather than spending enormous sums later to deal with chronic health problems.

These stem in large measure from poor food choices.

He points out that more than 67 percent of Canada’s health-care funds go to treating chronic diseases such as obesity, and other ailments related to our poor and excessive eating. This has meant that the cost of dealing with obesity and related health issues in Canada rose from $3.9 to $4.6 billion between 2000 and 2008.

Speaking recently at the University of Alberta, Anderson said, “If we keep doing that with health care, we won’t have any money for roads, universities, infrastructure, etc.,”

He also notes that only 0.5 percent of the health care budget is spent on prevention, while the agricultural and food industry spends enormous sums responding  to food fads which are not  scientifically sound, confuse the public and take resources away from investment in food and nutrition research to advance our understanding of the role of our foods supply in health.

on food fads which are not scientifically sound, such as gluten-free food.

He says the media is partly to blame for giving too much credence to certain food “noise” coming primarily from the US, such as “wheat belly”, and on the other hand says both agriculture and medicine are not doing a good job in getting the facts and scientifically sound advice out to the public.

In the same vein, the agriculture industry is also “shooting itself in the foot” he says by focussing its promotion on economic benefits only, and not on the health benefits of its products.

He pointed to the decline in grain, potato and milk consumption as examples of this, noting that all are healthy foods being illogically shunned.

He also says the industry could be working to create healthy new products such as pulses in pasta, additionally a value-added product, instead of merely working to export its produce.

Professor Anderson points to countries such as Finland, Denmark and the Netherlands where agriculture, nutrition and medical studies are all closely allied in universities.

Healthy products, food regulation and improved medical treatments have contributed to a decrease in mortality rates (down 75 per cent since 1952 and 40 per cent in the last decade) according to Anderson

“We’re doing something right, but it’s expensive,” he said. “We are solving the problem with drugs, not food.”

He says the costs of prevention are far less than subsequent disease treatment and hopes the changes in direction he sees within the medical profession towards his viewpoint continues and grows.