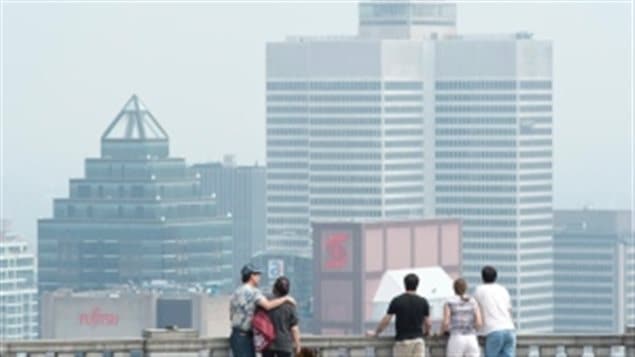 Montreal is seen in a file photo during a smog warning in 2013.
Photo Credit: Paul Chiasson/Canadian Press

The study is the first to show risk estimates associated with the combined exposure to multiple pollutants, such as ozone, nitrogen dioxide and find particles. It used information from the long-form census taken in 1991 and tracked 15 per cent of the Canadian population for 16 years. Results were published in Environmental Health Perspectives. The data shows the risk of dying is about eight per cent higher in places with average levels of pollution than in places with low levels.

Researchers said air pollution is just one of many risk factors that can affect life expectancy. For example, while urban areas have higher levels of pollution, there are health benefits if people can walk to their destinations.