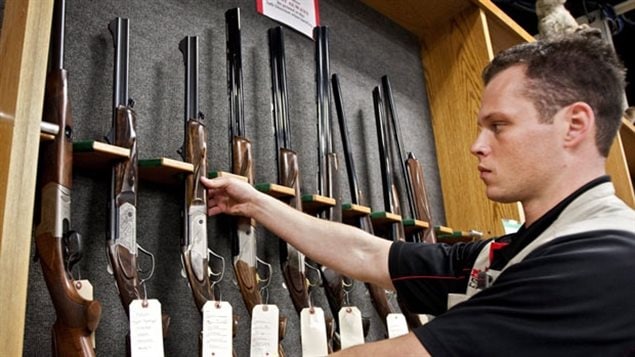 The anniversary of the killing of 14 women at the Ecole Polytechnique school in Montreal of December 6, 1989, once again renewed debate about gun ownership laws in Canada, Quebec wants to create another gun registry, and the federal Liberal government said it would strengthen gun laws.
Photo Credit: Jeff McIntosh/Canadian Press

Recent events in the U.S. and a tragic anniversary in Canada have once again ignited debate over gun control in this country.

Canada has long-established and relatively stringent laws controlling private ownership, use, and storage of firearms, but for some, these laws are not stringent enough. Whenever a tragedy occurs, the media in Canada tend to turn to well-known and media-savvy spokespeople who are members of gun-control lobby groups, and little is heard from hunting or shooting sports groups. In this latter case, when contacted, most are inexperienced with the media and their arguments can get muddled or are sometimes poorly expressed.

Garry Breitkreuz, now retired, is a former Member of Parliament for the federal Conservative Party. During his time in office he was often a voice for reasonable gun laws which provided security and protection for the population but which did not penalize or threaten responsible firearms owners.

The outgoing federal Conservative party has long been accused by anti-firearms lobby groups of “relaxing” gun laws in this country, and making access to firearms easier. This was primarily through the cancellation of a federal programme known as the long-gun registry (LGR) in which all rifles and shotguns had to be individually registered.  Pistols have been registered since 1934.

Estimates ranged widely as to the cost of the programme, up to as high as C$2 billion, with millions of dollars more in annual costs to maintain it. The then Conservative government said the programme did nothing to enhance personal security and was wasteful. Proponents of the LGR disagreed vehemently saying it was a useful tool for police and for tracing firearms.

Recently the government of the province of Quebec said it would re-instate such an LGR in that province. It estimates the cost to create it would be approximately C$30 million.

The new federal Liberal government has said it will not recreate a federal LGR, but will create new gun control laws and remove ‘assault weapons and handguns” from the streets.

He says owners must still go through the same police background checks and paid classroom training as before, and that the rules for handling, storage and transport remain.

All handguns of the types not banned outright, and certain long guns, are classed as “restricted” and cannot be purchased or owned without an additional class of licence. This licence requires the purchase of additional classroom courses and testing.

Firearms owners say their side of the gun control debate is based on fact, and actual government statistics while the anti-firearms lobby in Canada is based primary on emotion and opinion. It is however, unlikely that either side of the debate will change its views.