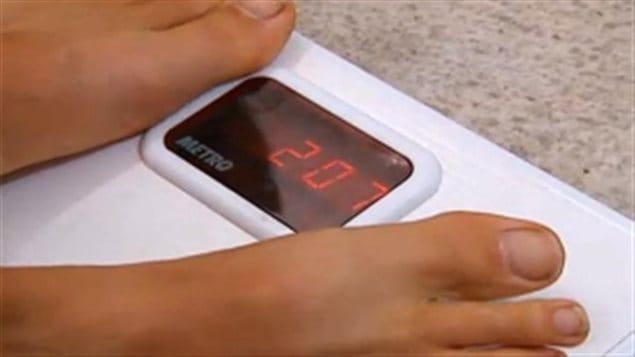 Rates of obesity are increasing dramatically in Canada and in many other countries.
Photo Credit: CBC

People from different ethnic groups can use physical activity to blunt the effect of a major gene for obesity, according to a new study. Researchers at McMaster University in Ontario looked at data from more than 17,000 people from six ethnic groups and followed them for more than three years. The groups were South Asian, East Asian, European, African, Latin American, and Native North American.

Up to 75 per cent decrease

The data suggest that a physically active lifestyle can “substantially decrease the genetic effect of the major obesity gene FTO on body weight in a multiethnic population” by up to 75 per cent.

The “promising results” are said to encourage the researchers to investigate other lifestyle factors like diet, stress and sleep patterns to see how they affect the genetic predisposition to obesity.

In Canada, one in four adults and one in ten children are obese, according to the Canadian Obesity Network, a group made up of researchers and health care professionals. The rate of obesity is increasing in Canada and around the world.