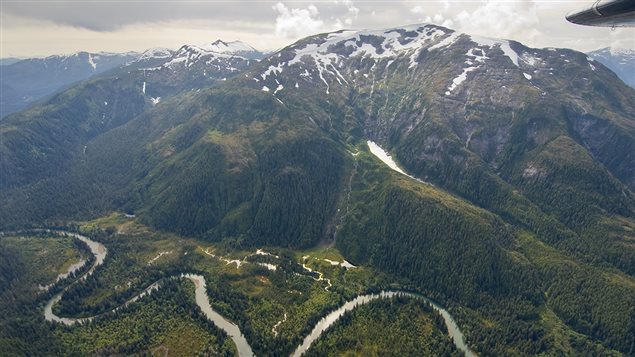 It has been 20 years in the making. Now an agreement has been reached among environmentalists, aboriginal groups, logging companies, and the government, to protect a massive area of British Columbia’s coastal rainforest.

Valerie Langer, director of forest conservation for the NGO Forest Ethics Solutions, was a major player in the deal.

The Great Bear rainforest comprises an area of approximately 64,000 sq. km, much bigger than either Belgium or Denmark, with the majority of that area now permanently protected from logging.

Forest Ethics Solutions, is an environmental group but one with a view that with proper management and regulatory guidance, sustainable development can occur along with adequate protection of the environment

Langer says for many years, there were often bitter disputes  between the various players over logging of the coastal  forest.  By finally realizing that nobody is gaining from the ongoing disputes, the various stakeholders including the 26 aboriginal groups in the vast region, the logging industry, environmental groups and governments, finally came to agreement.

It will protect 85 percent of the forest from logging, with 15 percent set aside for logging interests.   In addition in the areas where logging will be permitted, there are new standards for logging, the most stringent in North America.

The deal also recognizes aboriginal rights and an increased role in decision making for the 26 aboriginal groups within the region, along with timber rights, and $15 million from the province.

While there is a vast territory protected from logging,  it does not entirely prevent some development taking place in the forest for tourism and mining operations.  Langer says because of that, overall the deal provides additional economic opportunities for aboriginal groups and the many small communities from the forest area.

She notes it now gives logging companies clear guidelines and logging guarantees, preserves the vast majority of the forest ecosystem and wildlife habitats, provides economic opportunities for aboriginals and remote communities, and so satisfies all the various stakeholders.

She also says the deal also is a real benefit to the environment as this ensures that millions of tons of carbon will remain locked in the forest trees and not be logged and therefore not contribute to global warming.

She says she hopes this deal can be used as a guide to resolve other conflicts still ongoing in British Columbia, and also in Canada’s vast boreal forests as well as internationally such as the rabidly disappearing rainforests in Indonesia and the Amazon.